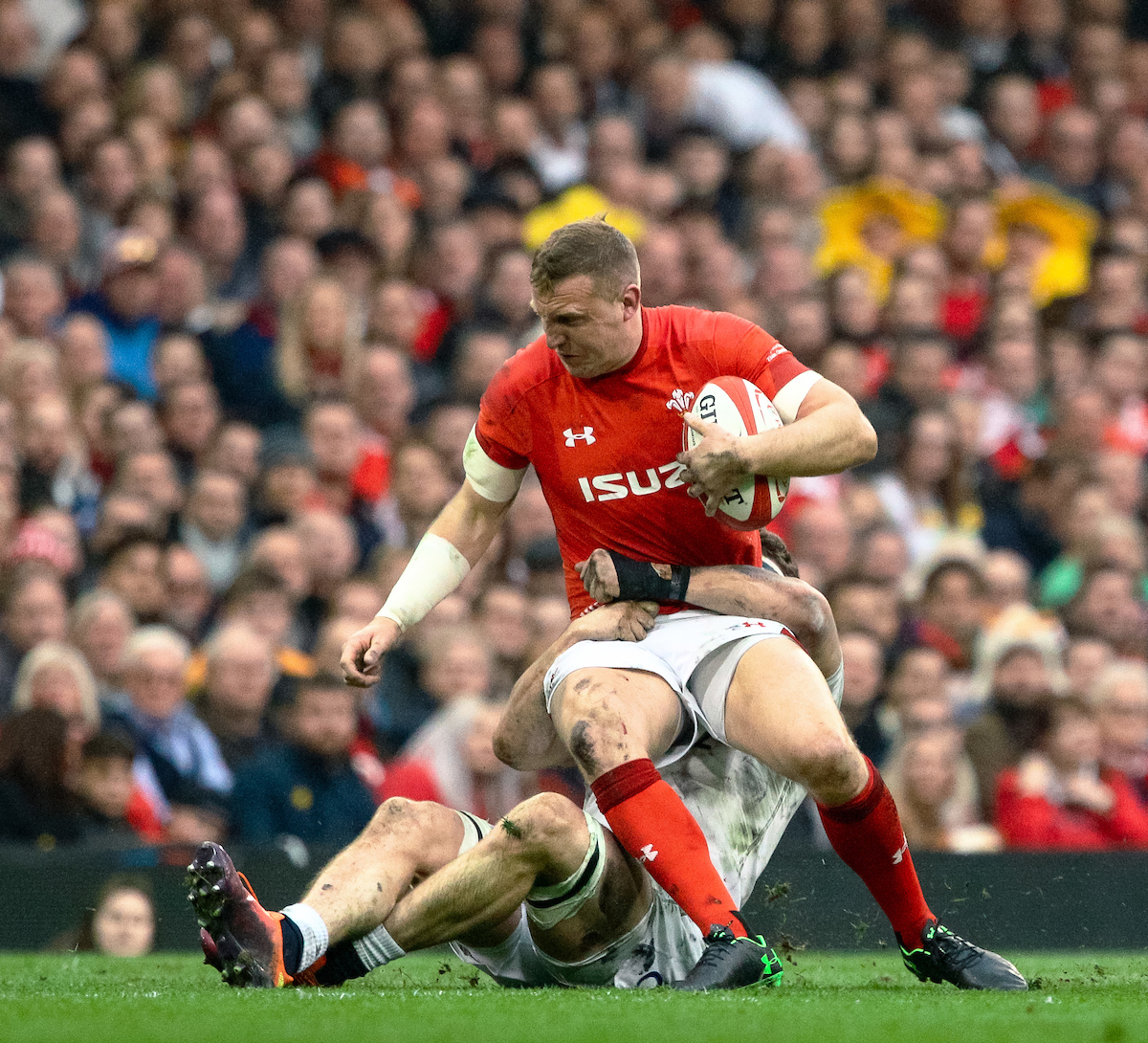 Hadleigh Parkes and Owen Williams are poised to leave Welsh rugby – a move that will bring down the curtain on their respective Wales careers.

The pair are heading for lucrative moves to Japan after attempts to keep Parkes at the Scarlets and lure Williams from Gloucester to a Welsh region both failed.

Instead, the two centres will follow the money trail to the far East and therefore be unavailable to Wales coach Wayne Pivac as they fail to meet the 60-cap threshold for overseas-based players.

Both Parkes and Williams were in Pivac’s 2020 Six Nations squad.

Parkes had been linked with Japanese side Kobe Steel, but he has agreed to join Panasonic Wild Knights as a likely replacement for South Africa’s Munster-bound centre Damian de Allende.

He will join a side which already includes Sam Whitelock and David Pocock.

New Zealand-born Parkes qualified for Wales on residency in December 2017 after spending three years with the Scarlets.

Since then he has been a regular at Test level. He scored twice on his debut against South Africa on the day he became eligible to play for Wales and has six tries in 29 caps, but could well have already played his last Test for his adopted country.

The coronavirus pandemic means there is uncertainty about when the current season will resume. Parkes, 32, is out of contract at the end of the campaign and he had been offered a new one-year deal by the Scarlets.

It is understood the player – who has a young daughter – is after a longer contract for better security and that is on offer in the cash-rich Japanese league.

Parkes does not have the required 60 caps to play club rugby outside Wales and also represent Pivac’s international side. His Japan move means he is unlikely to play Test rugby again.

Gloucester’s Williams, 28, would have been in the frame to replace Parkes at international level, but he, too, has agreed a move to Japan.

The former Scarlets and Leicester playmaker has had terrible luck with injuries and he has won only three Wales caps after making his debut in June 2017.

Williams can play both fly-half and centre and his ball-playing ability would make him a big asset for Wales under Pivac’s guidance.

His return to the Wales squad this year pointed to a promising future, but injury struck again when Williams suffered a hamstring problem warming up for the Six Nations clash with Ireland.

The Ospreys and Dragons had hoped to bring Williams back to Wales and made offers to do so, but they have been unable to compete with the money from Japan.

The imminent departure of both Parkes and Williams leaves Pivac with a big hole to fill at centre and it could present an opportunity for Owen Watkin of the Ospreys.

Saracens centre Nick Tompkins impressed at outside centre in the Six Nations, but he could also fill the 12 shirt moving forwards with key Wales figure Jonathan Davies set to return from injury.