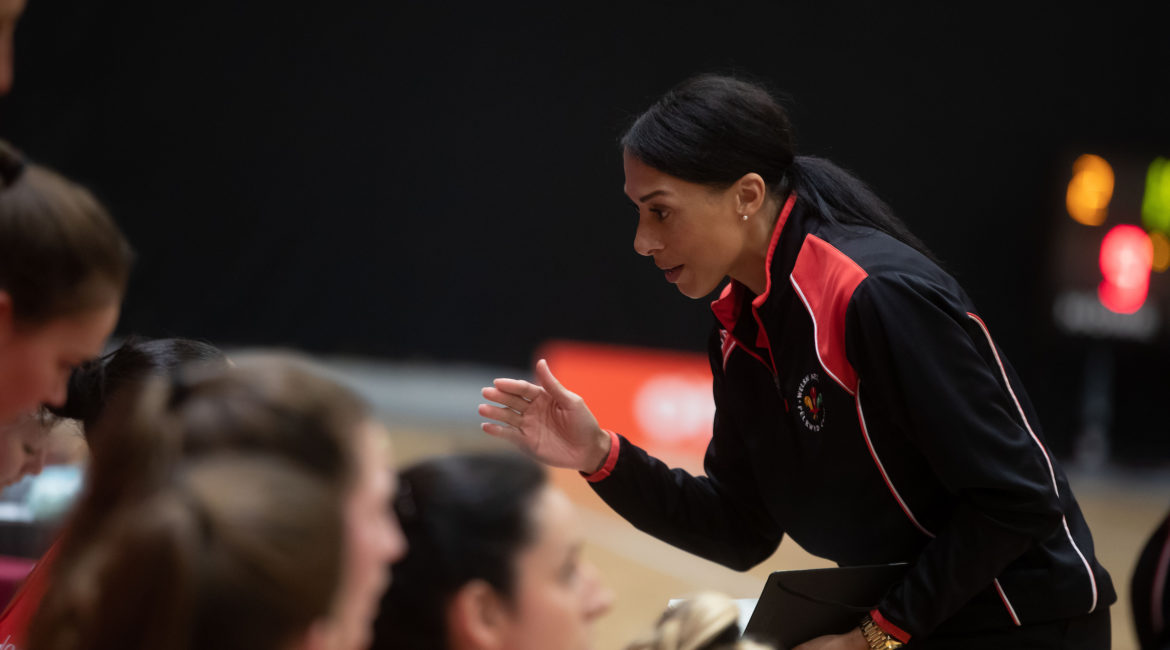 Hale, who won 87 caps on defence for Wales during her playing days, said: “I am honoured to be appointed Wales Head Coach. Having the opportunity to lead your country is the pinnacle of any coach’s career.

“It’s been an ambition of mine for a long time and I am thrilled to be able to make the dream a reality. I am looking forward to working with this exciting, dedicated group of athletes, and leading them through the next stage of their development ahead of the Commonwealth Games and Word Cup.”

Hale has been working with the Wales squad since joining the senior coaching staff in October 2018 and helped guide Wales through seven successive international test matches without defeat.

That record includes winning a silver medal at the 2019 Netball Europe Open Championship in Belfast.

Hale was integral to the selection process for the 2019-20 Wales senior long squad and led preparations for Wales’ training matches against New Zealand and South Africa before the Vitality Nations Cup in January.

Sarah Jones, Welsh Netball chief executive, says: “We are thrilled to have appointed someone of the quality and calibre of Sara.

“Sara enjoyed a distinguished playing career in elite international netball and demonstrated exceptional leadership qualities during her time on court.

“As a coach, she has worked with and learned from the best and her work with the squad has already yielded some fantastic results with Wales storming back into the world’s top 10 nations.

“To have a successful Welsh woman of such extraordinary talent in charge of the Wales senior team is a source of enormous pride for the national governing body, our athletes, members and public.

“We are confident Sara, her fellow management team and our players will be enjoying even further success as we move into a critical year with qualification for Birmingham 2022 on the horizon.”

Hale played for Celtic Dragons from 2005 to 2013, leading the franchise to the 2013 Superleague final and won the title with Manchester Thunder in 2014 before retiring from playing.

Cardiff-based Celtic Dragons have just started their Vitality Netball Superleague season, losing 44-43 against Surrey Storm on Saturday, , and they are at home against Team Bath this Saturday.