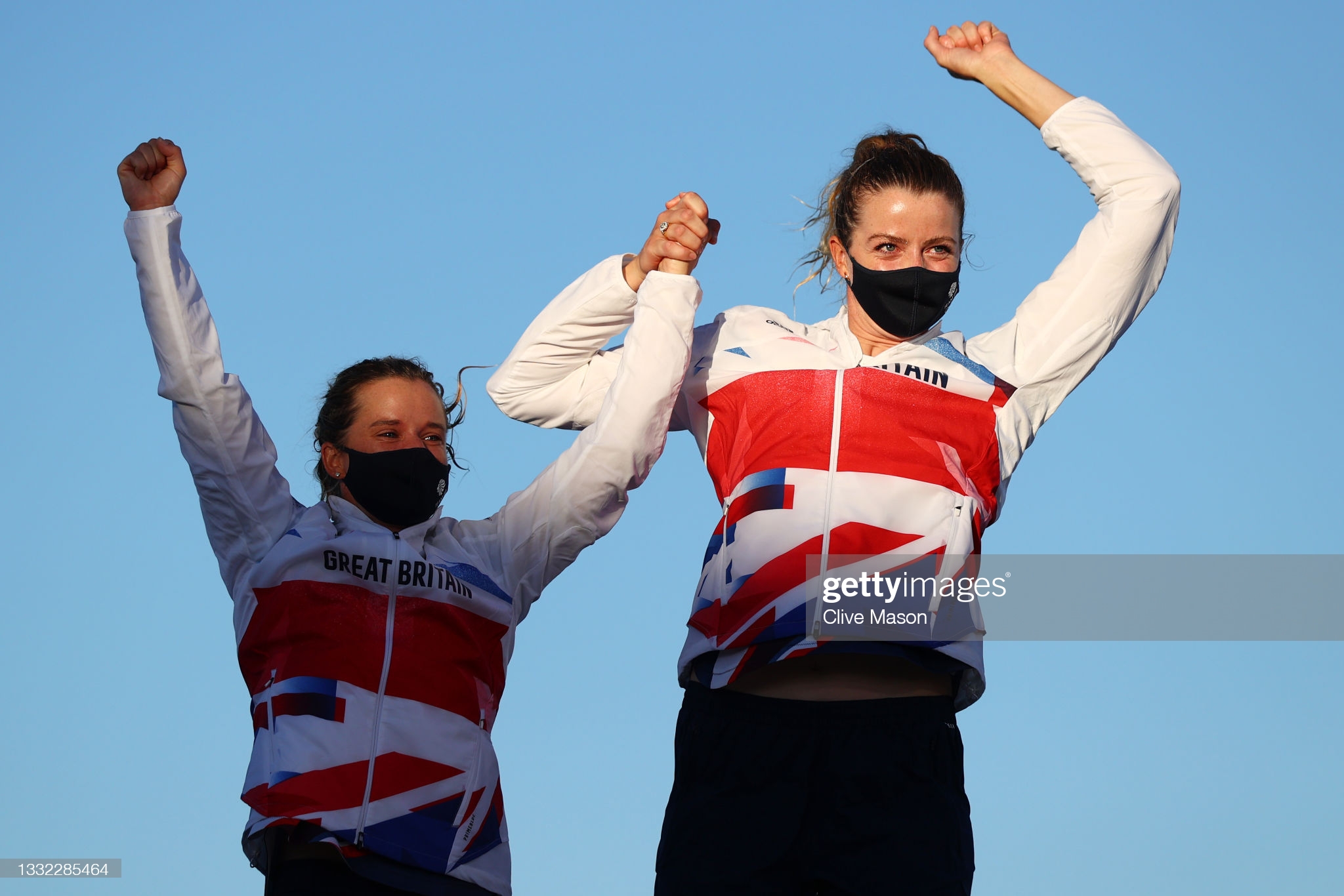 Welsh sailing star Hannah Mills is now the most successful female sailor in Olympic history after winning gold alongside her teammate Eilidh McIntyre.

Mills who carried the British flag at the opening ceremony, won silver in London and gold in Rio with Saskia Clark in the same boat.

“Its been one of the hardest weeks of my life. I’m sure for Eilidh as well. Just every day feeling sick, not being able to eat, just nerves building up and the emotion of ‘we’ve done it’, so we’ve done what we came here to do,” said 33-year-old, Mills.

“Growing up, a lot of Olympians dreamed of being here one day and standing on top of the podium. And to do it twice with Saskia before and Eilidh this time, I’ve had two incredible crews to sail with, I just feel incredibly lucky.

“The team around us here have been phenomenal, big shout out to The National Lottery and everyone who plays the lottery because without you guys we wouldn’t be here.

“The Support back home has been unreal so thank you everyone.”

After a dramatic end to the sailing… Hannah Mills’ Gold medal was upheld to make her the most successful female Olympic sailor of all time.

Her mum, Fiona and dad, Bruce were emotional after the French review failed.

This time around, Mills and McIntyre had dominated the regatta at Enoshima Harbour, winning two races and only twice finishing outside the top four, and they went into the medal race with a 14-point lead.

That meant they only needed to finish in the top seven to clinch gold and they were never in any danger, crossing the line comfortably in fifth.

The Dinas Powys sailor joined forces with 27-year-old McIntyre from Hampshire when Clark retired following the Rio Olympics and the pair marked themselves out as the ones to beat by winning the world championships at Enoshima in 2019.

It is a debut Olympic medal for McIntyre, who follows in the footsteps of her father Mike – the gold medallist in the Star class at the Seoul Games in 1988.

However, their celebrations were temporarily put on hold after France lodged a protest against Great Britain for blocking.

But it was quickly dismissed, confirming Mills and McIntyre as Olympic champions.

Team GB’s tally of five medals is one shy of their record haul from the Beijing 2008 Olympics, when they won six medals, including four golds.