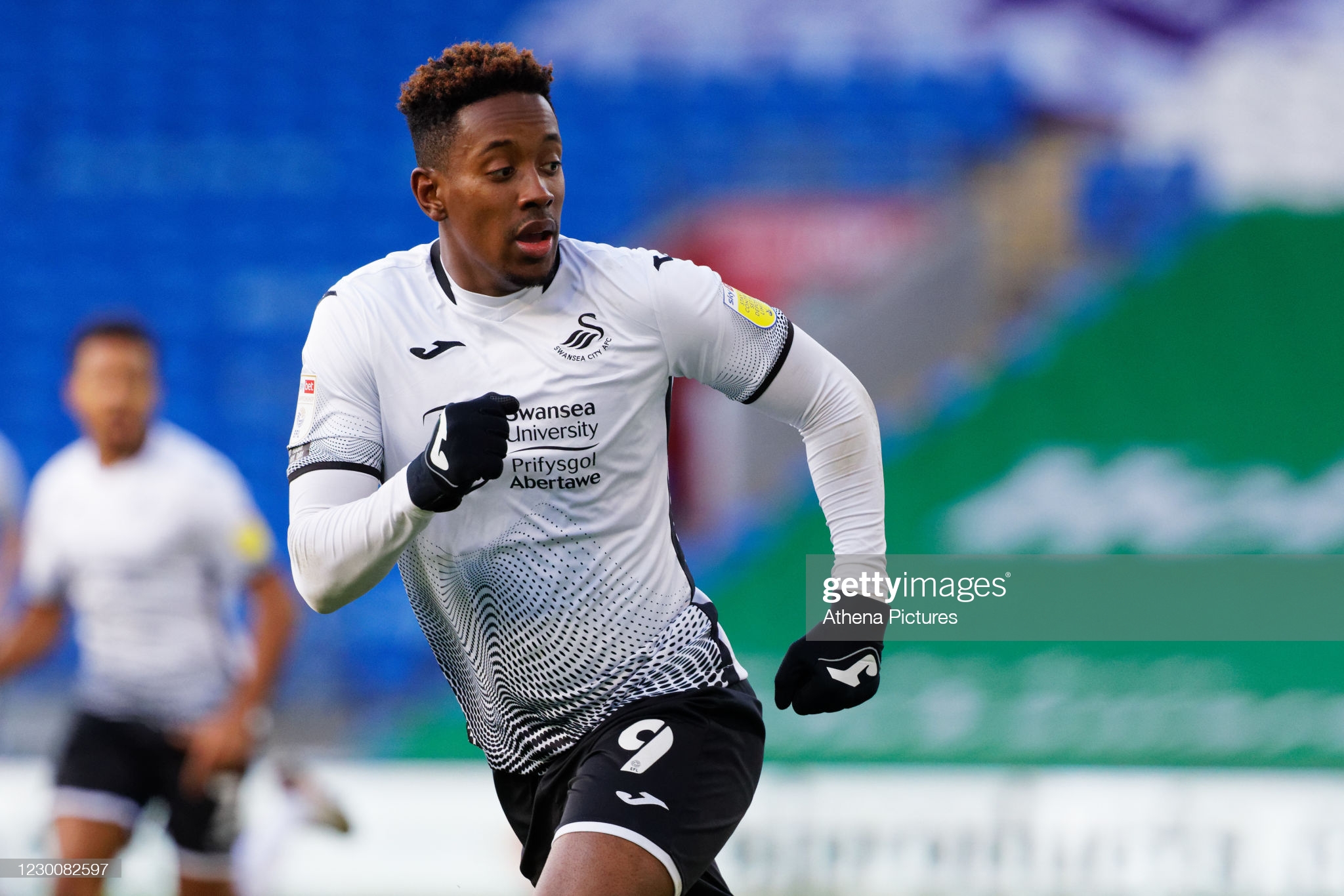 Jamal Lowe believes hard graft will bring the goals that can fire Swansea City towards promotion.

The Swans striker had only scored twice in 18 matches before he doubled that tally in the derby against Cardiff City at the weekend, where the Swans won 2-0.

Now, he aims to prove that hard work brings reward as the Swans bid to go one better than last season’s play-off campaign and target a top two finish and automatic promotion.

The 26-year-old former PE teacher insisted: “I knew that a day like today was always just around the corner.

“It’s all about keeping that work-rate up. The second you take your foot off the gas, then the chances will stop coming.

“That’s one thing about my game – I know that if I deliver the energy and the work-rate then things will fall for me, eventually.  That’s been my thing from day one – work hard and the chances will come.”

“It would have been lovely to have got a hat-trick. I thought that shot was going in. I was almost halfway to celebrating, but it wasn’t meant to be.

“One half of me is buzzing to get two goals and the in, but there’s another half of me that’s thinking, ‘ wow, I could have got a hat-trick and that would have been even better.’ But you have to take the positives.”

Lowe’s industry typified the fact that Swansea simply did a job on their biggest rivals from start to finish and there’s no doubt the Jacks are currently kings of the Welsh pack.

It’s now five games and seven years since Cardiff last won this fixture, but of more value to the Swans than pride in their manor were the three points against a previously in-form Bluebirds who had won four on the bounce.

Steve Cooper’s team have won four and drawn two of their last seven games and look the team most likely to stay the pace with leaders Norwich and Bournemouth.

That’s the aim for Lowe – automatic promotion, rather than the precarious route through the play-offs.

“Automatic promotion is definitely the thing we should be aiming for.

“We have pretty much played everyone now and seen what’s out there. There are not many sides we haven’t played yet, so we’ve seen the quality and we are definitely one of the top teams.”

Cardiff imagined they were, too, but this defeat exposed their shortcomings – a lack of creativity up front and hesitancy at the back that enabled Lowe to score his first early on.

His second was a beauty and he almost made it a hat-trick late on after Cardiff had Joe Ralls sent off for a second yellow card.

Downbeat Cardiff manager Neil Harris admitted: “It’s now all about our response. All the good work we’ve put in over the last few weeks can’t be thrown out of the window.”