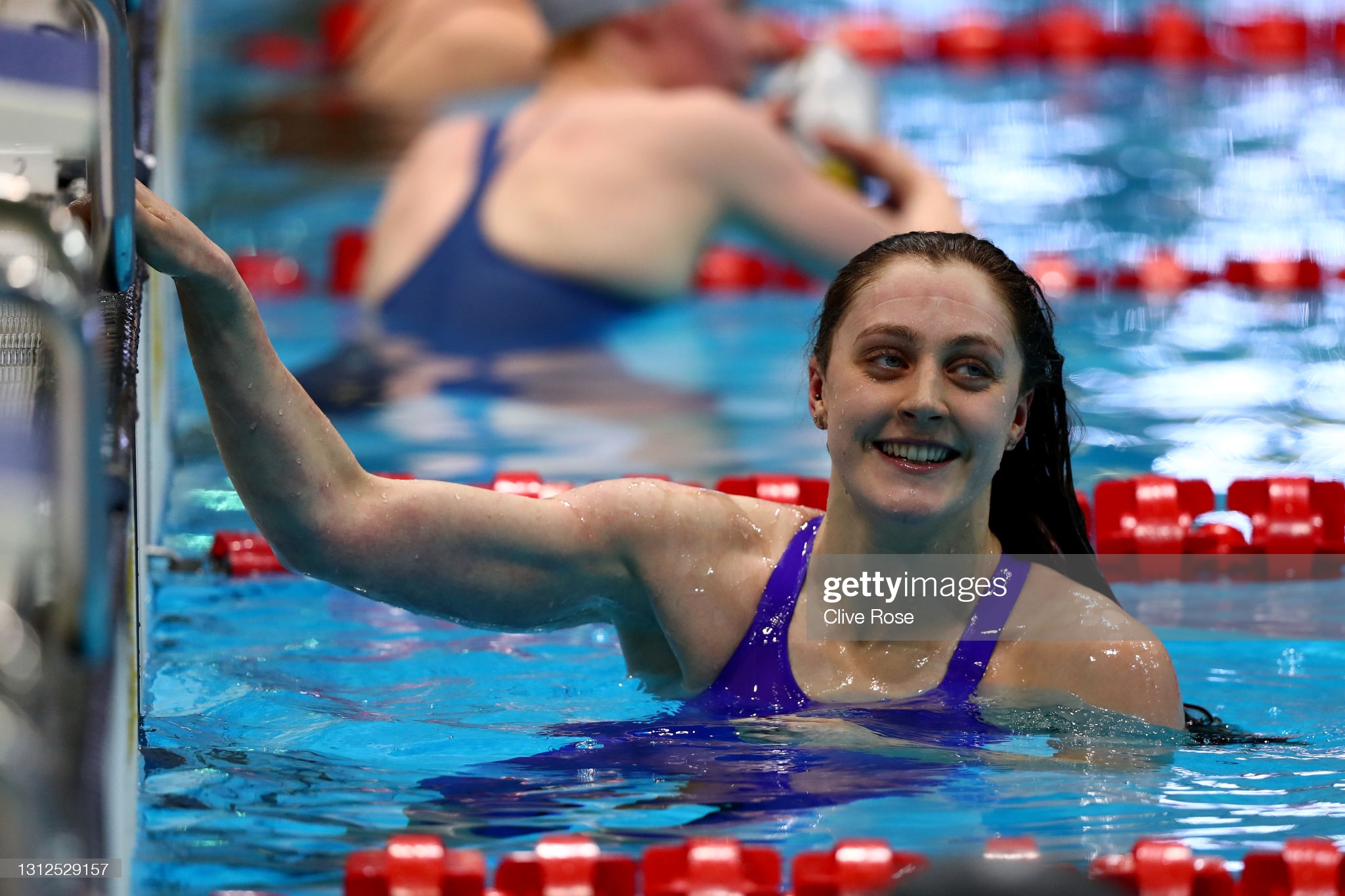 Harriet Jones has become the first Welsh swimmer to pencil her name down for Olympic selection by winning at the British Swimming selection trials in London.

The City of Cardiff swimmer won the women’s 100m butterfly final in a new personal best time of 57.79 – inside the set Tokyo requirement time.

It doesn’t yet guarantee Jones a seat on the plane – which comes down to the choice of selectors – but it puts her in pole position to be on the Great Britain team for Japan.

It also caps a remarkable continued rise for Jones, who previously  set a personal best in the heats and has made rapid progress this season.

She was also the highest ranked British swimmer in the 50m butterfly at the recent Manchester International Meet, where she set a new Welsh record.

Thomas will race again in her favoured 200m butterfly event on Friday, while Daniel Jervis will also have two other opportunities in the men’s 800m and 1500m freestyle races after finishing third in the 400m free behind shock winner Kieran Bird, who was inside the consideration time in three minutes 46 seconds.

Another Welsh Olympic hopeful, Georgia Davies, starts her bid for Tokyo on Thursday morning when she competes in the heats of the women’s 100m backstroke.

Fellow Wales senior elite squad member Medi Harris will compete alongside her in the same race, while Xavier Castelli races in the men’s 100m backstroke.

Its another 1st and 3rd place for Wales!

Harriet Jones takes 1st place with a time of 57.79 which is under the Tokyo consideration time and Alys Thomas taking the Bronze in 58.63 in the Women’s 100m Butterfly

Britain’s Olympic champion Adam Peaty won his 100m breaststroke final in 57.39 and has now recorded the 20 fastest times in the entire history of the event.