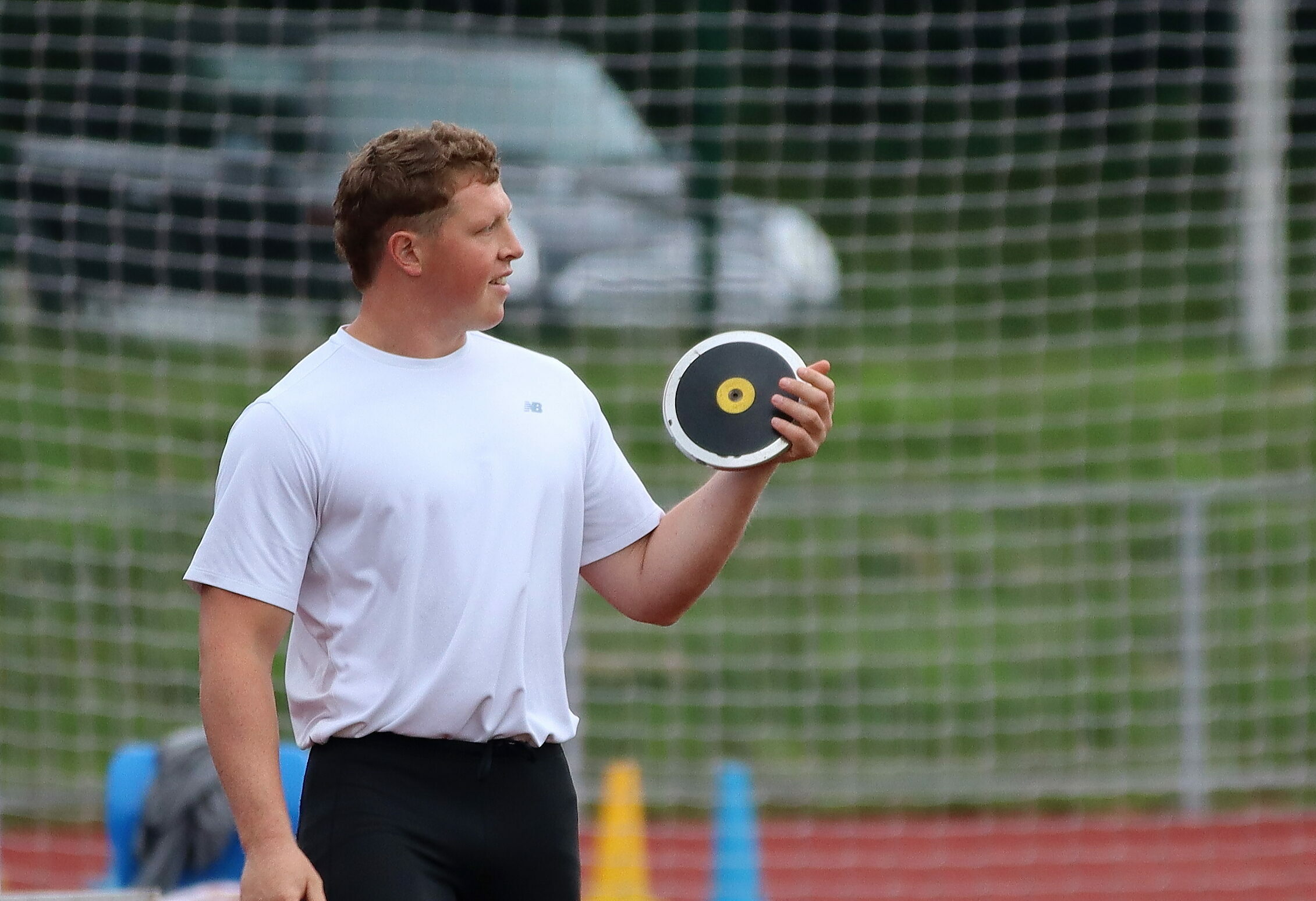 The Disability Sports Wales Para Academy athlete produced a huge new personal best, launching the discus out to 54.85m – almost two and a half metres further than his previous best.

Walsh showed great character in overcoming a difficult start when his first throw rattled into the cage, causing a delay in the competition while officials retrieved the wayward discus.

But the Mumbles man came roaring back with what was a new PB in the second round and then an even bigger improvement in the third round, which was to prove his longest effort of the night.

The competition was won with a championship record of 57.94m by Croatia’s Ivan Katanusic, ahead of Walsh’s GB team-mate Dan Greaves, who claimed a longest throw of 57.05m.

Speaking afterwards, the former Ospreys and Wales under-20 prop whose career was cut short by serious injury, said: “I’m a bit overwhelmed to be honest with you.

“There are so many emotions right now. I was nervous before, but that is good. I always got nervous before I played rugby matches.

“I decided then that I was never going to let it impact my performance and it paid off today. I’m so glad because this is a brilliant feeling.

“I put the discus into the cage on the first throw and it actually delayed the competition by 10 minutes as they couldn’t get it down!

“I had to regroup then. But then on my third throw I produced my best. I was consistently above my best this year, so it can only go upwards from here for the rest of the season.”

Walsh, who has ambitions to represent Britain at the Tokyo Paralympics later this year, added: “I have to bottle up this energy now for the rest of the year.

“We push for that qualification mark [for Tokyo] and if we can get there, it would be absolutely amazing.”

Earlier in the evening, Rhys Jones finished fifth in the T37 men’s 200m final which was won in a new championship record of 23.14 by Russia’s Andrei Vdovin.

The Clydach Vale sprinter, who finished fourth in the T37 100m final earlier in the championship, clocked a season’s best time of 24.60.

All the action from Poland is being live streamed on the Channel 4 Para Sport website.