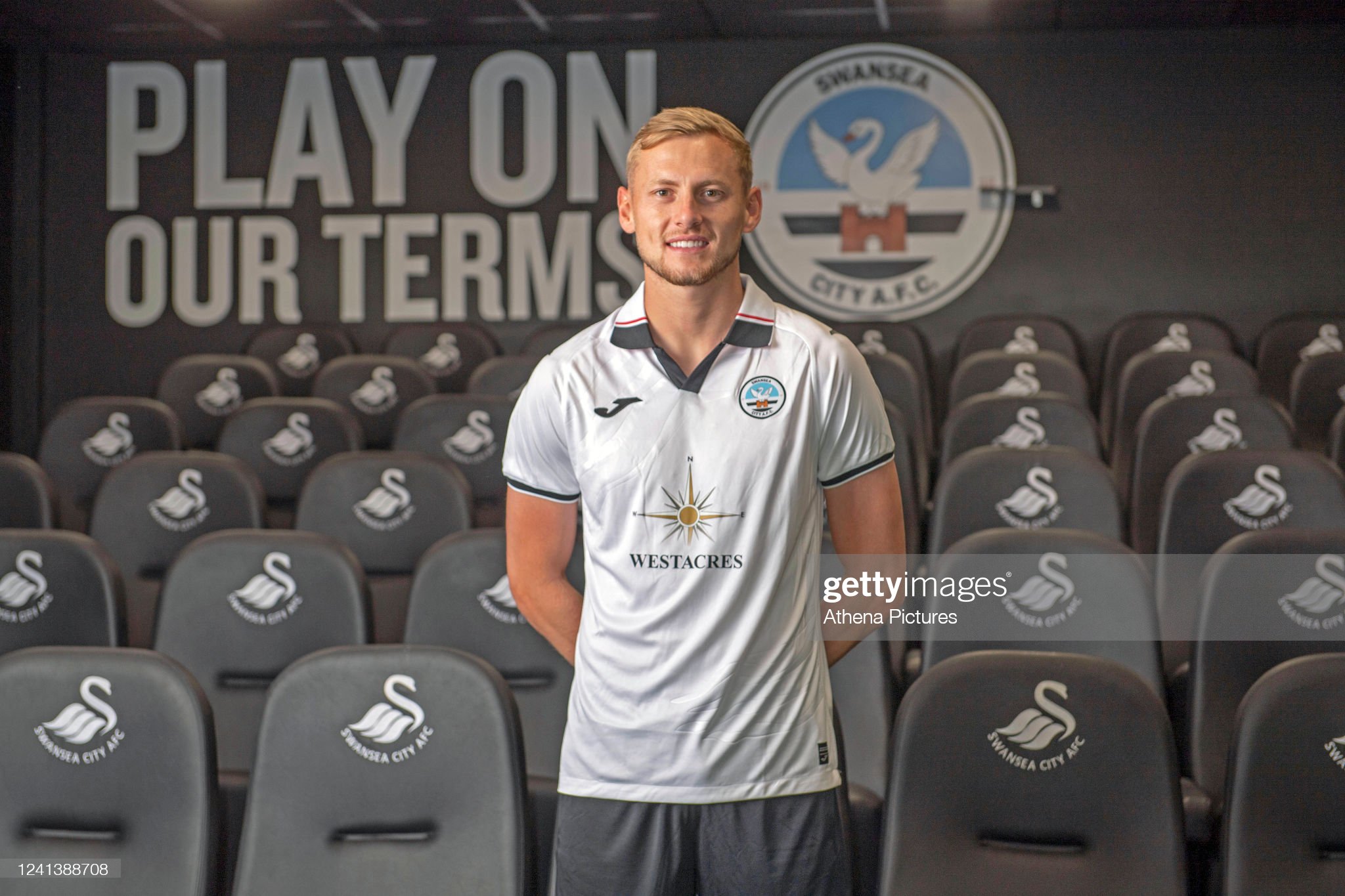 Russell Martin considers Swansea City have made a very shrewd investment in Harry Darling – a player the coach reckons is heading for the very top.

The Swans are understood to have paid MK Dons £1.3m for 22-year-old centre back Darling, who was a key player for the Dons last season as they reached the League One play-offs.

A number of clubs – rumoured to include Sheffield United and Chelsea – were also interested in signing Darling, who fits the Martin mould as player comfortable in possession who has excellent passing skills.

The Swans coach has described the capture of Darling as a “brilliant investment” and says: “He’s very young and hungry and he possesses all the attributes you need to play at the very top, in my opinion, and it’s up to us to help him unlock those now.

“It’s a really brilliant signing for the club in terms of investment. We identified him at our previous club as someone who would really fit what we do, and he’s just grown and kicked on since then.”

🗣️ “It’s been in the pipeline for a while now, I’m really happy to get it over the line.”

Darling made 49 appearances for MK Dons last season and chipped in with 10 goals after joining the club from Cambridge United – his home town club – in January 2021.

Martin tried to sign Darling midway through last season, in the January transfer window, but the deal failed to materialise.

Now, the Swans coach has been re-united with a player he took from Cambridge to MK and believes it was the defender’s conviction and desire to play for a passing team that convinced him to move to south Wales.

““He showed massive improvements last year, he’s gained even more experience and scored a lot of goals, which is something else he’s added to his game.

“We fought off a lot of competition from other clubs – even at the last minute, there were other clubs coming in – so he’s shown he’s really keen to be here and be part of something.

“Harry’s been part of this – he’s felt it on the pitch and he knows how powerful this style of play can be. He enjoyed it a lot and I think that’s why we’ve got him.

“If we didn’t have that and we were just competing with other clubs on finance and what they achieved last year then we probably wouldn’t have been in the running, but because of how much he’s enjoyed being part of this way of playing before – that has been the difference.

I know some of our business since being in the championship hasn’t been fantastic, but the last year the club deserve praise in terms of incomings.

“He’s worked really hard on adding goals to his game, and he had a brilliant season last year.

“We identified a lot of things we need from that position from last year and he has everything we need.

“Scoring set-piece goals is an area we definitely need to improve on. I think with he and Nathan (Wood) in the building that will help because of the height and the presence they have.”

Darling has joined his new teammates at their training camp at Pennyhill Park in Surrey – home of the England rugby team – as they prepare for the start of the new Championship season on July 30.

He says he is looking forward to re-uniting with Martin and playing for a possession-based team.

“I personally think it’s the best way to play and that’s why I’m here,” said Darling.

“Russell was a massive part of it. I was with him at my last club and we’ve stayed in contact.

“I love working with him and it’s such a big club. I’ve heard really good things about it so those were the two reasons I want to come here.

“I know the way the manager plays so it was just a case of getting the deal over the line – I just can’t wait to get started.

“The style is different, but when it gets going it’s such an exciting way of playing and it can really dominate teams.

“Although I’m a ball playing centre-back, my first job is to keep clean sheets, defend well and do that for the team. If I can do that bit first, then goals are just added extras.”