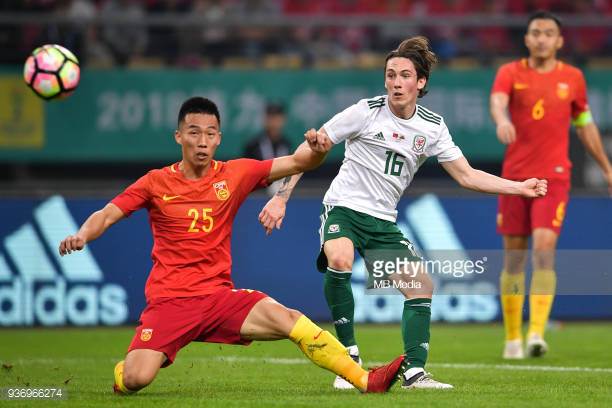 Harry Wilson’s 14-year stay at Liverpool could be over amid reports he bound for Burnley.

The Wales flier has been at Anfield since joining the club’s under 9s but a permanent move away finally looks on the cards.

Reports indicate no fee has yet been agreed but the move looks likely.

Wilson’s only appearance for Liverpool was against Plymouth in the FA Cup in 2017.

He would add to Burnley boss Sean Dyche’s attacking options having seen both Jeff Hendrick and Aaron Lennon left the club on free transfers at the end of last season.

“There’s a couple of things that are maybes, but not on the cusp,” Dyche said of Burnley‘s situation in the transfer market on Tuesday.

Wilson spent last season on loan at Bournemouth, playing 35 times and scoring seven goals in their unsuccessful fight to avoid relegation from the Premier League.

The 23-year-old has also had spells at Crewe, Hull and Derby.

He came on as a half-time sub in Wales’ Nations Cup victory in Finland this month but remained on the bench for the victory over Bulgaria.