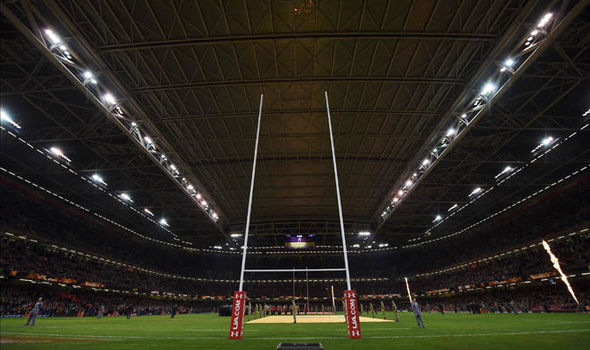 After a year of departures, Welsh rugby is still processing an unexpected arrival in the form of new Welsh Rugby Union chairman Rob Butcher.

The domino effect that began with Rob Howley ahead of last year’s World Cup has seen Warren Gatland and Shaun Edwards exit stage right as arranged.

The long-serving commercial director, Craig Maxwell, will be the next one to jump ship in the new year, which is what makes the announcement of a new chairman all the more important.

The clubs gave Davies the thumbs down at the last election when he stood for a third term as a national Representative, favouring instead Ieuan Evans.

The former Welsh rugby captain, cap and try record holder, made it onto the 12-man main board and was seen very much as a man of the people after ousting the sitting chair. Where Davies pleaded for stability and experience, the clubs voted for a new broom.

Robert Butcher has been appointed WRU chairman:
“I am genuinely proud and humbled to be appointed and can promise I will give my all to serve our game.” RB (pictured, right)
“Rob has the very best interests of Welsh rugby at heart,” CEO Steve Phillips
📰https://t.co/cS0UrNoSVe pic.twitter.com/2qg2BVW5Ns

All of which made the appointment of Butcher on Sunday something of a surprise. The 70-year-old former schoolteacher, who currently sits on the main board as the chair of the WRU Community Council, is a former club captain and long-serving secretary at Bargoed RFC.

He has five years’ experience of WRU affairs.

If the vote on chairman had gone to the clubs there would only have been one winner. But that is not how things work these days and there were those who were nervous of Evans potentially undermining pre-ordained plans.

Butcher is perceived as an establishment man who will lean towards the executive board and maintain the status quo.

He might also want to invite Gareth Davies to remain on the World Rugby Council despite having no mandate from the member clubs.

His three-year appointment it is a much bigger deal for the game in Wales than the current state of play on the field.

Butcher has a huge task ahead of him to pull the game together and plot a path out of the devastation brought about by COVID-19.

“It’s an absolute honour to take on the chairmanship of the Welsh Rugby Union at this hugely significant moment in the history of our great game, I am genuinely proud and humbled to be appointed and can promise I will give my all to serve our game,” said Butcher.

“I’m grateful to the Board who have put their confidence in me, but I’m also conscious of the significant role Welsh rugby clubs have played in electing me to directly represent them on the WRU Council in the first place.

“I look forward to working with Ieuan Evans, the rest of the Board and the Executive as we continue to navigate the impact the ongoing pandemic has had on our game. We will survive this, but our actions now will determine how quickly we get back up to speed.

“I intend to fully reward the faith that has been shown in me. It has been my privilege to have served the game for the last five years and beyond and I will bring to bear all the experience I have gathered in that time.

I didn’t know anything about Rob Butcher before this announcement. Seems a good bloke who is popular with community clubs and his ex-pupils. Good luck to him but I find it strange that somebody with no business experience is now the chairman of a multi-million pound business. https://t.co/VFYR377lht

WRU chief executive Steve Phillips said: “The relationship between a CEO and the chair is a crucial one in all businesses, but is particularly important to Welsh rugby because of the unique way in which we serve both the professional and community game and because the game means so much to our nation.

“Rob has shown throughout the current election process that he has the very best interests of Welsh rugby at heart and I look forward to forging a strong partnership in the weeks and months ahead in order to realise the WRU’s vision for the future of our game.”