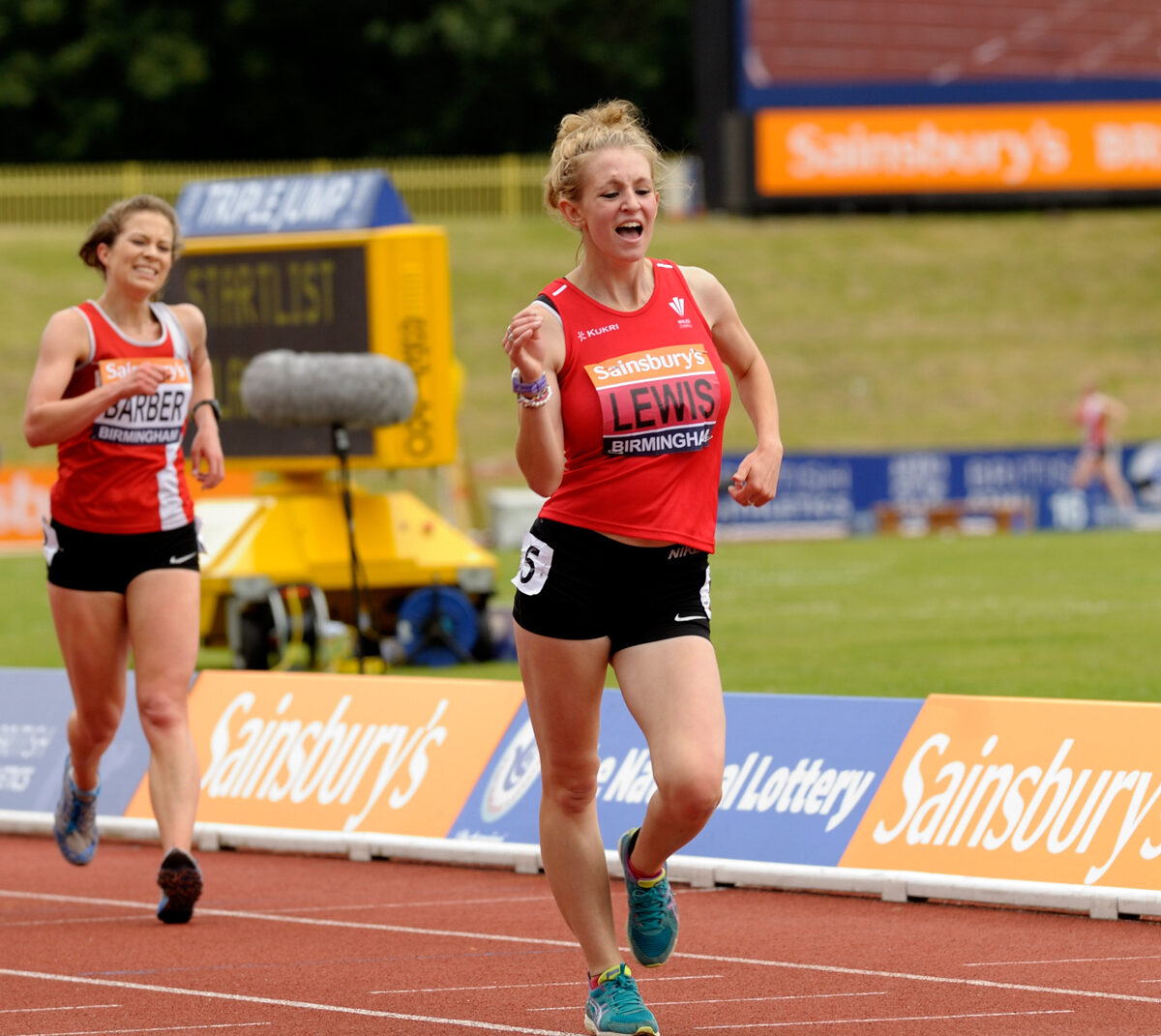 The Commonwealth Games begins in Birmingham on July 28, where Wales will be aiming to improve on their record-breaking medal tally achieved at the Gold Coast in Australia four years ago. Dai Sport will be at the Games, following the fortunes of all the Welsh athletes we regularly feature on our site. In the countdown, we’ll be profiling a number of Team Wales members, starting today with Heather Lewis, the race walker who arrived late but is striding to make up for lost time, as she tells Harry Corish.

Heather Lewis will be walking tall for Wales at the Commonwealth Games – and proving it’s never too late to try a new sport.

Lewis has been juggling her priorities between her family’s dairy farm and race walking throughout her elite athletics career, but is determined that now is her time after seeing what the Games is all about on the Gold Coast four years ago.

The 28-year-old secured gold at the recent UK Athletics Championships in the 5K race walk and is looking to continue her excellent form into Birmingham.

Heather, from Haverfordwest, came to race walking quite late at the age of 15, but her famiy’s love of sport provided the platform for her to become one of the premier race walkers in the world.

The Pembrokeshire Harrier fell into the event after being asked to participate in the race walk to help gain points for her team in the local Louise Arthur meeting for young athletes.

Local coaches saw her potential and Heather’s determination to win, coupled with her sibling rivalries, drove her forward.

“My parents always encouraged me and my sisters to play different sports and we just get involved from a young age,” she says.

“Our family is really active and we enjoyed doing sports together, so we’d all go running and swimming. It’s what we all enjoyed, so it was great to spend time with them. We tried everything, enjoying being out and about together.

“Early on, we did a lot of gymnastics. Me and my three sisters really enjoyed the same sports, so we enjoyed competing against each other – whether that was running or swimming.

“We were allowed to start at Harriers at the age of eight and once we started that we all realised we loved long distance running.

“I always wonder why to be honest. I just had a switch in my head that happened.

“But I really loved the race walking community. Even when you travel the world and they can’t speak your language, they are so supportive of you.

“I’ve also got to be honest, my two younger sisters, Josie and Poppy, started to get good at running, and I wanted something myself and so I took the race walking to another level, and I just enjoyed it so much.”

Heather divides her time between training and her family’s dairy farm and tourism business.

She tends to train before and after work but has had to learn how to balance her time the hard way over the years.

“It has been difficult and there has been ups and downs. I’ve had to realise what I can handle because I want to be helping out all the time, but it’s important to balance it with training.

“In the summer holidays, it can be really busy. But I always get my training done early and then after when the farm is closed. It means I can do all my training and I can help out around the park.

“There was a race at the end of last season which coincided with the summer holidays and the race went okay, but I could tell I was shattered.

“Now, I have learned to be a bit more selfish but I have also been able to balance the two better now.”

Lewis has stayed true to her roots and continues to compete with the Pembrokeshire Harriers, where her career began.

“Martin Bell was my junior coach. He was fantastic and the reason I started race walking. He was the one who came up to me, took me in, and told me that I was capable of doing well.

“He gave me so much encouragement and confidence. He still is amazing with me, he’s still giving me tips on the technical side of things.

Congratulations to Heather Lewis who secured a new personal best in the Women’s 20km Walking Race with a 17th place finish and a time of 1:34:13👏#Podebrady2021 pic.twitter.com/ntuYfe1iEs

“If I’m struggling, he will always meet up and give me some support, so I’m so lucky I’ve kept in touch with him.

“He’s the one who got me into the sport and he’s a brilliant mentor, a great guy, and I owe him a lot of thanks.

“I have always been with Pembrokeshire Harriers and it’s lovely that I’ve spent my career with them. Pete Freeman was my old coach and he still helps train me as I’m in West Wales.

“So, I’m so lucky to have them. Martin’s 70 and he still comes with me on his bike with a whistle.”

Lewis and her Team Wales fellow race walker Bethan Davies have been in excellent form in recent years and the training partners have been pushing each other to further success.

They will both hope to continue that streak in Birmingham, as the competition heats up.

“Beth is amazing to compete with, she is always pushing me. I think we push each other on so much.

“Without her it would be difficult to keep driving forward. I’ve learnt so much from her, I just hope we can both push for it and both do really well. She is such a good friend as well as a training partner.”

Heather represented Wales in Australia four years ago but has continued to improve and risen up the rankings.

She recalls: “It was such a fantastic experience going to the Gold Coast in 2018. It was a really good thing for me, to help me grow. It was amazing.

“I feel like I progressed so much after that because I just wanted more. It was an amazing opportunity, I loved putting the Welsh vest on, it’s just a huge thing for us Welshies!”

This year’s Games are a lot more local for Welsh athletes and Lewis adds: “I’m lucky that my parents and my partner are coming up to watch, but my poor sisters have to stay home and work on the farm!

“But it’s amazing to have some of my family there as they weren’t able to travel to Australia for obvious reasons.

“I’m really excited for them to come and see me because they are often so busy. It’s going to be brilliant.

“It’s such an honour, every time I put a Welsh vest on is incredible. It’s always an amazing atmosphere.”