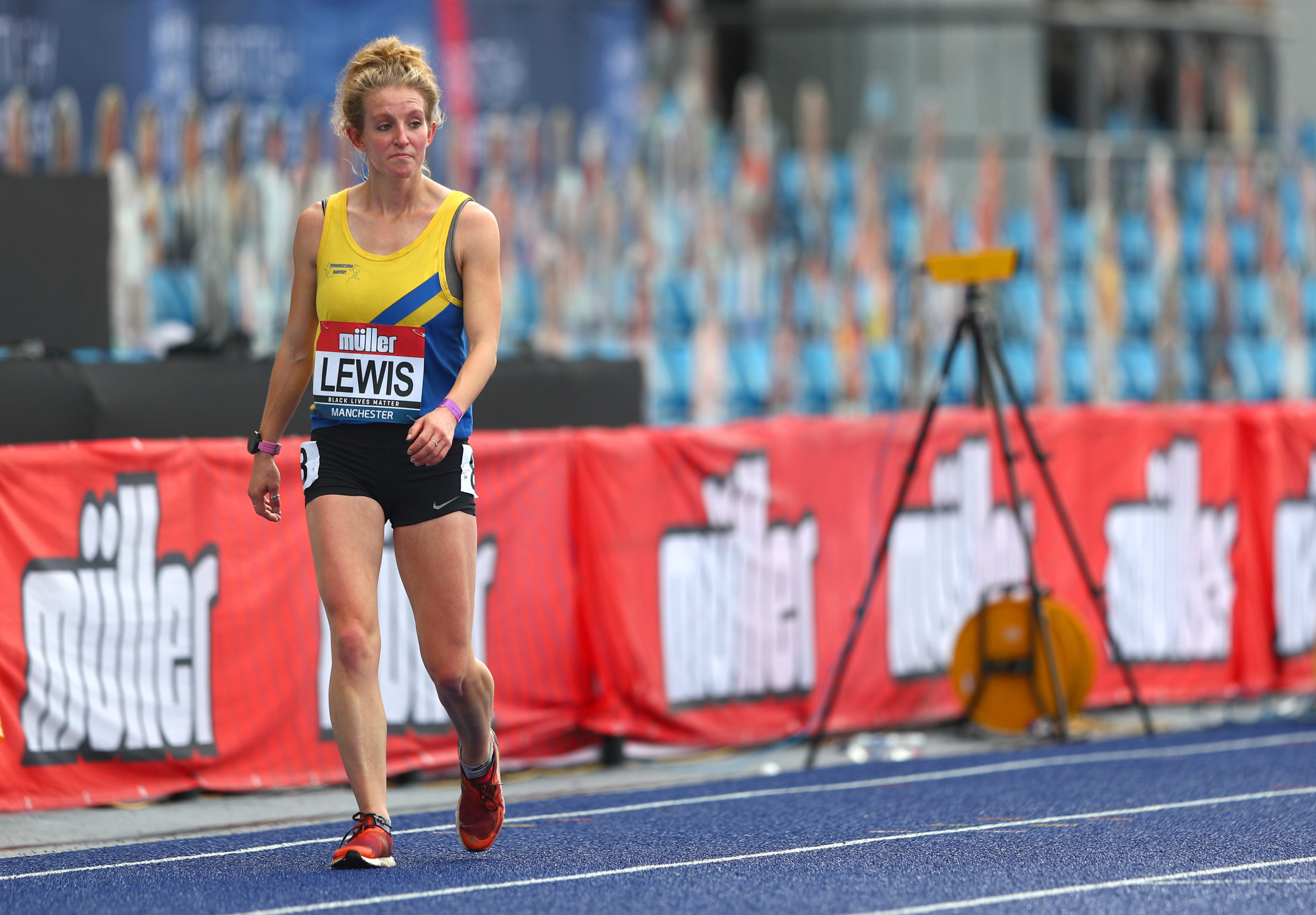 Heather Lewis was dejected after being disqualified from the Women's 5000 Metres Walk in Manchester. Pic: British Athletics/Getty Images)

Pembrokeshire’s Heather Lewis missed out on a gold medal in the 5,000m walk at the Muller British Athletics Championships when she was disqualified within sight of the finishing line as Bethan Davies took silver.

The current Welsh champion and British indoor champion had led from the gun, opening up a huge lead as she approached the final lap at the Manchester Regional Arena.

However, Lewis fell foul of race walking’s strict technique rules and was forced to spend a time penalty in the “sin bin” with just over a lap to go.

Such was Lewis’ advantage, she still held a huge lead as she left the sin bin. But as the Commonwealth Games athlete rounded the final bend ahead of the home straight, she was disqualified from the race and forced to leave the track.

Gemma Bridge, of Oxford AC, game through to take the title in a huge personal best of 22.51.15.

The Cardiff Athletics walker, who broke the British 5,000m record when winning the title in 2017, had come to the championships on the back of limited training and clocked 23:46.04 on her first outing of the season.

Davies said afterwards: “I came here ready to get experience of a new environment. I decided to have a break about six weeks ago, I am only a couple of weeks into what would be winter training, so I am happy to get through the race.

“I am really happy to come here, soak up the environment and come away with a silver medal. My training started quite well during lockdown but I got to the point where I thought I would play the long game.

“I was finding it difficult to train with no races on the horizon, so I had a break and thought about building up for the start of next year. It is a really tough environment at the moment but, it is just nice to be here.

“Even though it is a very strange version of the British Championships it is still a fantastic place to be and I am really happy I made the trip up this morning.”

Davies also had a word for her compatriot Lewis. “With the wet conditions it is difficult on your technique and I am really sad to see Heather get disqualified so close to the end if the race.”