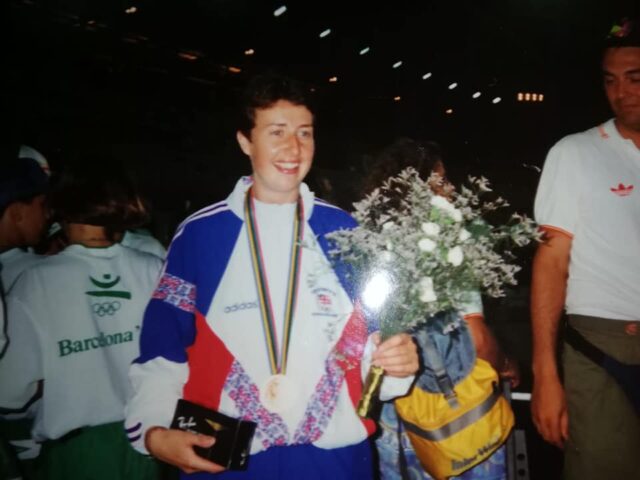 Helen Morgan helped GB to bronze medal at the 1992 Olympic Games in Barcelona.

Welsh hockey and football have been saddened by the death of Helen Morgan (Grandon) after a courageous fight against cancer. She was 54.

Morgan, nicknamed ‘Budgie’, was a talented goalkeeper and was the only Welsh player in the GB team that won bronze at the 1992 Olympics in Barcelona.

The Porthcawl-born sportswoman went on to play football for Wales, captaining the team for two seasons.

“Off the field you could not meet a humbler and kinder person, known for her smile and infectious laugh, with a mischievous twinkle in her eye,” Swansea HC wrote on social media.

Having been introduced to the sport of hockey at Porthcawl Comprehensive aged 13, Morgan immediately showed she was a highly-talented goalkeeper.

Within a few months she made history by becoming the youngest ever player to play in the European Club Championship. She also helped Swansea HC to six national titles in Wales.

After the 1992 Olympics, she was scouted by the Welsh women’s football team and captained the team for two years.

On retiring from playing, she followed her father into coaching giving back to the game she loved by inspiring the younger generation around the Porthcawl area.