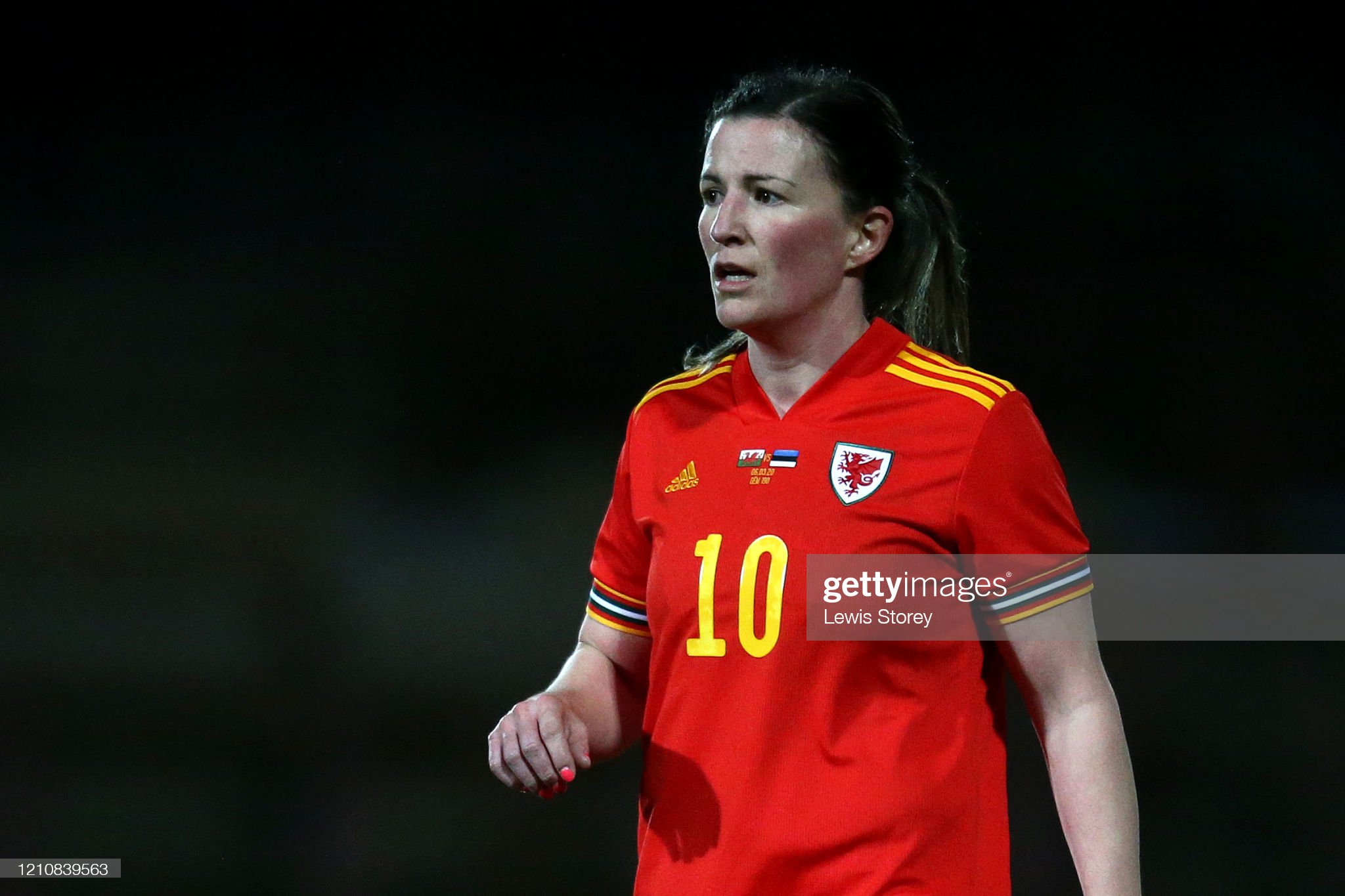 Helen Ward believes sport is moving in the right direction when it comes to dealing with pregnancy and motherhood – but that didn’t stop her stressing over seeing her own kids on Mother’s Day.

The iconic Wales striker – who is closing in on 100 international caps for her country – was playing for Watford away at Sunderland on Sunday.

It meant a long trip back down south, and no time wasted if she’s to get cards and kisses from seven-year-old Emily and Charlie, who’s four.

Juggling motherhood and elite sport is not an easy task, just as trying to fit in time for physical activity around children can be difficult for any mum.

But Ward believes football and other sports are slowly making progress, even from the time eight years ago when she was pregnant for the first time.

Since then, Serena Williams has won a Grand Slam tennis tournament when she was pregnant, Welsh cyclist Elinor Barker discovered she was pregnant while with Great Britain at last year’s Tokyo Olympics, and the Women’s Super League (WSL) is introducing maternity clauses into players’ contracts.

Once athletes have their children, then many sports are adopting more flexible systems aimed to protect those mothers’ status within the sport their and income levels.

Last year, UK Sport introduced official pregnancy guidance for Team GB athletes for the first time, with the organisation stating that “starting a family and being an elite athlete should not be mutually exclusive.”

The new guidance was designed to support Olympic and Paralympic athletes through “pre, during and post-childbirth.”

Ward, who could earn her milestone 100th cap against France in a crucial World Cup qualifier next month, says: “I always thought that once I had a family then that would be it, but as soon as I fell pregnant with Emily, I knew straight away I wasn’t ready to stop playing.

“Thankfully I was able to get myself back to a decent level and carry on with my career.”

Admittedly, though, with little information to hand, Helen admits she “winged it”.

Lizzie Deignan, who is expecting her second child in September, tells @tomcary_tel she is delighted with her balance of motherhood and racing https://t.co/L0Y4y1ZXk5

“There weren’t many players that carried on so there wasn’t much experience to go on with other mothers.

“I was fortunate enough to play with Katie Chapman at Arsenal and she had three children, and Katie Sherwood, who I played with for Wales.

“Katie has also got three children and she came back after having her first and second. So, I had those sort of role models, but there weren’t many that you could lean on, and little info, so I winged it a little bit with Emily.”

Helen carried on training until she was 13 weeks pregnant and then admits she “muddled through and hoped for the best.”

By the time she had son Charlie, she was in the middle of completing a sports writing and broadcasting degree so she decided to spend time researching the whole issue of pregnancy, babies, motherhood and elite sport.

The outcome was her own blog detailing her experiences and those of others she interviewed.

“It worked for me and it kept me sane as well because I had that time.

How do you return to football after pregnancy, or decide if coming back is not for you?

Some mums and pregnancy experts explain the huge physical and mental changes:https://t.co/90zdI3pZoZ

“With a child you become mum first, which is of course your priority, but I didn’t want to lose my own identity.

“So, by having the gym and exercise to go back to, while still being a mum to Emily, and obviously carrying Charlie, that was sort of my ‘me time’ and my time to be Helen Ward, the footballer.

“Even though I wasn’t technically playing, it was still nice to have that time to be me and work on myself.”

Ward feels the situation for expecting mums in sport has improved, but there is still a lack of easy-to-hand info.

“It’s not obviously available, but I think the most important thing, certainly in football, is that your medical teams, whether it’s doctors, physios, or the strength and conditioning coaches, they all have a lot more knowledge.”

Likewise, she feels progress has been made on legal protections but there is still a way to go.

Professional female footballers in England are set to get maternity cover as standard for the first time.

WSL players haven't previously had this written into their contracts.

“When I was pregnant, I was only part-time and I sort of mutually cancelled my contract, which I know was my choice as much as the club’s.

“I said, ‘look, I’m not going to be able to play for you and I don’t want to hold you back. I don’t want you to have financial difficulty when you could put that into another player.’

“I think that because of the new laws that have come into place, especially in women’s football with maternity, you know clubs contractually are going to have to stick by players and offer maternity.

“It’s a good start for FIFA, UEFA and the FA, but I think it can still be improved on.”

Then, there is the big question.

If Helen gets to soon win her 100th cap, will she take to the field with Emily holding one hand and Charlie clutching the other?

“That’s a good question, I don’t know. I’d have to start the game for that to be the case, but hopefully, if it happens it would be lovely and I’d like them to be in the ground in some way.”

One thought on “Helen Ward . . . 99 Caps For Wales, Two Kids, And Plenty Of Wisdom On Sport And Motherhood”