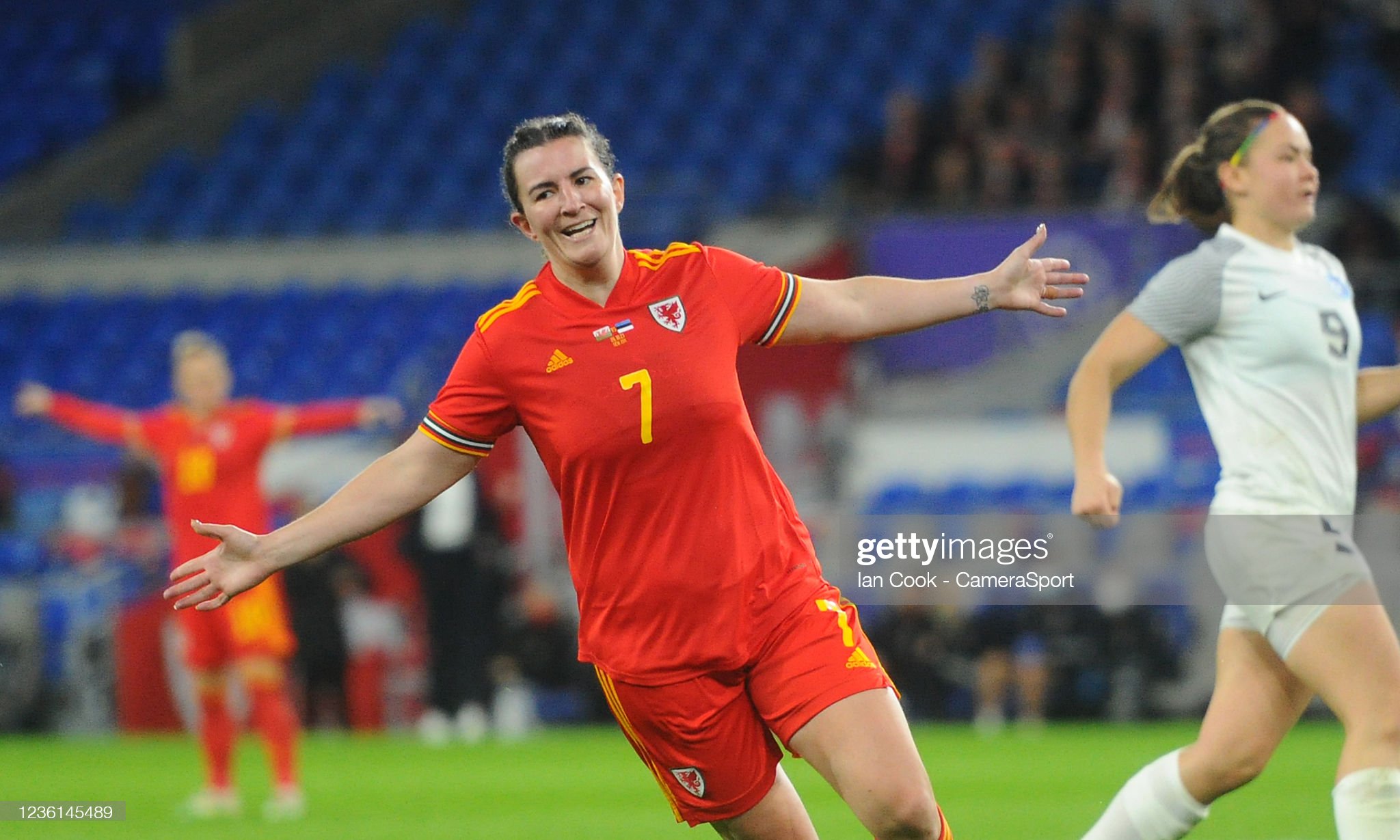 Helen Ward says she would not swap her 14-year international career for a more lucrative one in the modern era as she prepares to become the newest member of Wales’ 100-cap club.

Chris Gunter, Gareth Bale and Wayne Hennessey have reached the three-figure milestone in the men’s game.

The career of Wales’ record goalscorer Ward has bridged the amateur and professional eras of women’s football, with the number of fans witnessing it at games increasing from a few dozen to record four figures.

“I often get asked if I wished I’d been born 10 or 15 years later to be part of this professional game,” said Watford striker Ward, 35.

“But I’ve been really fortunate in the way my career’s gone and I’m grateful for every step (in the game) I’ve been able to see.

“It’s fantastic 17 and 18-year-olds can get into football and earn themselves a professional contract right off the bat.

Helen Ward . . . 99 Caps For Wales, Two Kids, And Plenty Of Wisdom On Sport And Motherhood

“But the conditions and circumstances I had as a player helped me grow, and perhaps I wouldn’t have had the same sort of career without it.”

Ward once scored six during a 15–0 win over Azerbaijan, but chooses her debut goal away to Luxembourg in September 2008 as her most memorable.

“We went 1-0 down, which wasn’t expected, and I managed to get a goal that settled me,” Ward said.

“Jayne Ludlow came up to me and said ‘We’ve got a goalscorer, I like you’. It was a special day.”

Ward’s achievement of winning 100 caps will be all the more remarkable given she has combined playing with motherhood.

The mother-of-two also considered retirement last year after coronavirus shut down the third tier level of football she was playing in.

Ward said: “I’ve been lingering in the nineties for what feels forever. There’s been loads of times when I thought I wouldn’t have got to 100 – Covid, injuries and stuff.

📢 Helen Ward and Morgan Rogers have been called up by Wales for their upcoming Women’s World Cup Qualifiers in April.

“I never thought I would carry on playing after I started a family, but I’m so glad I did.

“It’s tricky because you always have to make sure the kids are looked after first and foremost.

“But the older they’ve got the more I’ve appreciated having them around.

“There was a video of a goal I scored at the weekend and I could see my little boy jumping up in the picture.

“I’ve watched it over and over again to see his reaction more than the goal itself. Those moments are amazing, and something I never thought I do.”

Wales resume World Cup qualifying five points behind group leaders France and two ahead of Slovenia in the race for second spot and a play-off place.

“We were the width of a goalpost away from nicking a point and they’ve gone up the other end and scored,” Ward said of November’s agonising 2-0 defeat in France.

Will we Wales’ record goal scorer Helen Ward make her 100th appearance in the Pinatar Cup? ⚽

“I don’t think there’s too much we need to do differently as we played a big chunk of that second half with 10 players as well.

“We’re thriving on where we are now. (The) time was we played a top team and you’d know it was a damage-limitation exercise.

“But it’s not like that any more, we know we can be competitive against these teams.”