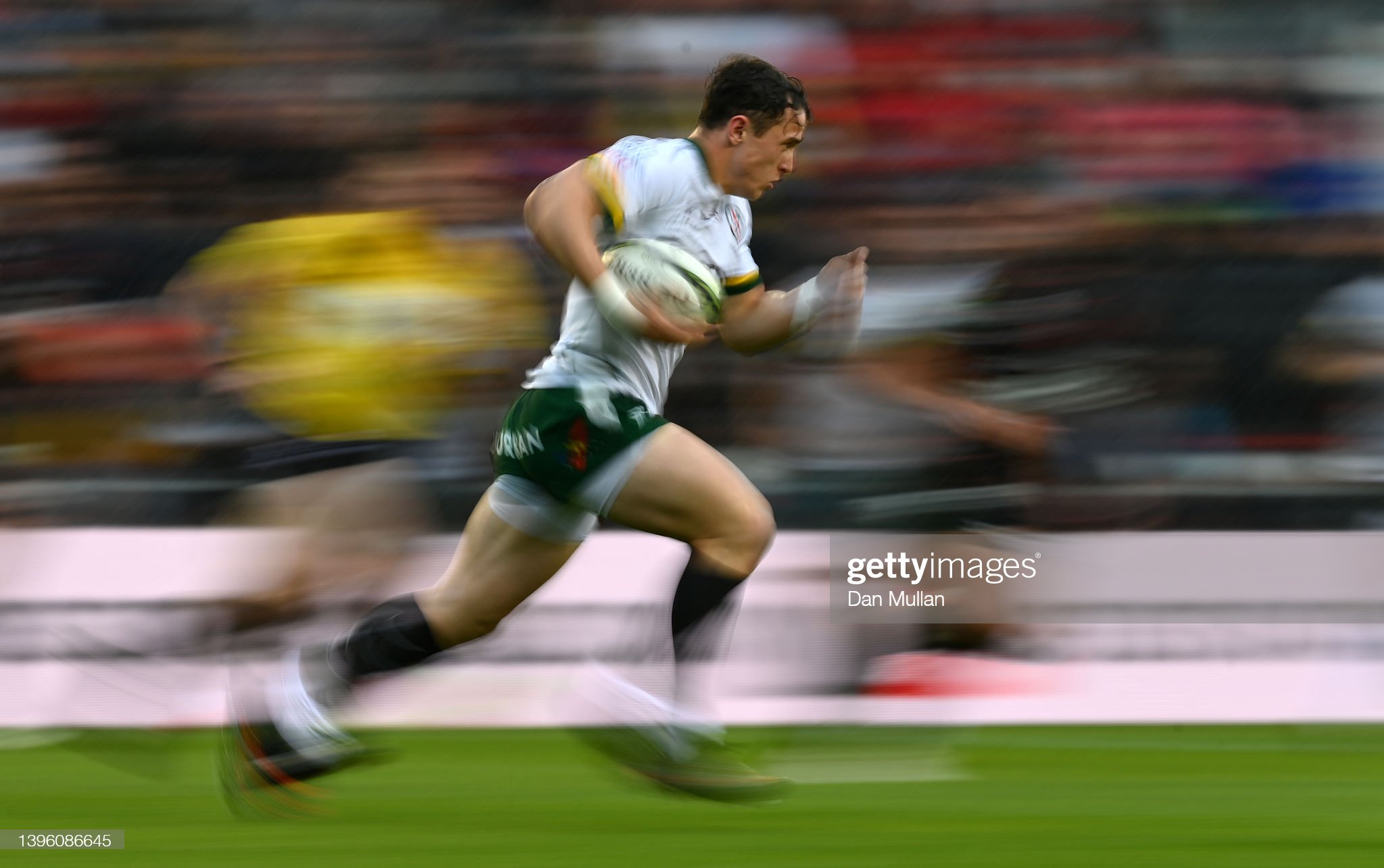 Wales are being urged to pull out all the stops and try to claim try-scoring sensation Henry Arundell after his latest astonishing effort left TV viewers in disbelief.

The teenage London Irish full-back scored one of the greatest individual tries in the history of European rugby, but it was not enough to stop his team suffering an agonising 19-18 European Challenge Cup quarter-final defeat at Toulon on Sunday.

But after the breathtaking late length-of-the-field solo try by Arundell, Wales fans have demanded the Welsh Rugby Union explore all avenues to try and cap the 19-year-old, who is English by birth but could qualify for both Wales and Scotland through his grandparents.

“Imagine Zammit on one wing Arundell on the other. Cmon, Wales,” tweeted one supporter after seeing Aundell’s effort on TV.

The England U20 player received the ball just in front of his own try line in the 74th minute at Stade Felix Mayol and slalomed his way almost 100 metres at devastating speed to dive over in the corner.

HENRY ARUNDELL, THAT IS UNREAL! 😱

You won't see a better solo try than this for a very, very long time.

If you hadn’t noticed the youngster before, you certainly will do now 😅#ChallengeCupRugby pic.twitter.com/KV86sxRySf

The incredible score hauled the Exiles back to within a point, but Paddy Jackson’s conversion attempt from the touchline to win it sailed agonisingly wide, meaning Toulon will now face Saracens in the semi-finals next weekend.

Arundell has played 15 matches in total this season and scored 11 tries, including two against Wales in the U20 Six Nations.

The defeat in Toulon was harsh on Irish who were outstanding for much of the first half, but Toulon gradually imposed themselves, with an opportunist try from flanker and captain Charles Ollivon on the hour mark ultimately making the difference.

Ollivon snuck through the middle of a breakdown for Toulon’s only touchdown, with the score ruled good after a TMO check.

Imagine Zammit on one wing Arundell on the other. Cmon Wales

Louis Carbonel’s conversion and a further penalty from the home fly-half, to add to a strike early in the second half, proved to be enough.

Irish will rue a yellow card for flanker Juan Martin Gonzalez in the 50th minute for a high tackle on Carbonel.

Jackson missed a straightforward penalty while the visitors were down to 14 men, but Ollivon scored before Gonzalez returned to the fray.

Declan Kidney’s side were deeply impressive for much of the first half after beginning the game with jolting intensity.

Irish intent was clear from an early stage when they planted two close-range penalties to touch looking for seven points rather than three.

Off the second of these, in the ninth minute, number eight Albert Tuisue rumbled over for the opening try from a thunderous rolling maul Toulon just could not repel.

It was an uncharacteristically error-strewn start by the French side. They were penalised at the set-piece and fly-half Carbonel and full-back Aymeric Luc were both guilty of kicking to touch on the full to lose their team territory.

There were 23 minutes on the clock before Toulon entered the Irish 22, but they did impose themselves more in the second quarter.

By half-time two Carbonel penalties – the second from the halfway line with the last kick of the period – had reduced the deficit to four points, but only after both sides had received yellow cards in the 35th minute.

Toulon scrum-half Baptiste Serin was booked for a shove on Australian lock Rob Simmons, while Irish hooker Agustin Creevy was also given time in the sin-bin for pulling the hair of Springbok lineout enforcer Eben Etzebeth.

In the end though, it was Toulon who won the battle on the scoreboard despite Arundell’s late moment of magic.