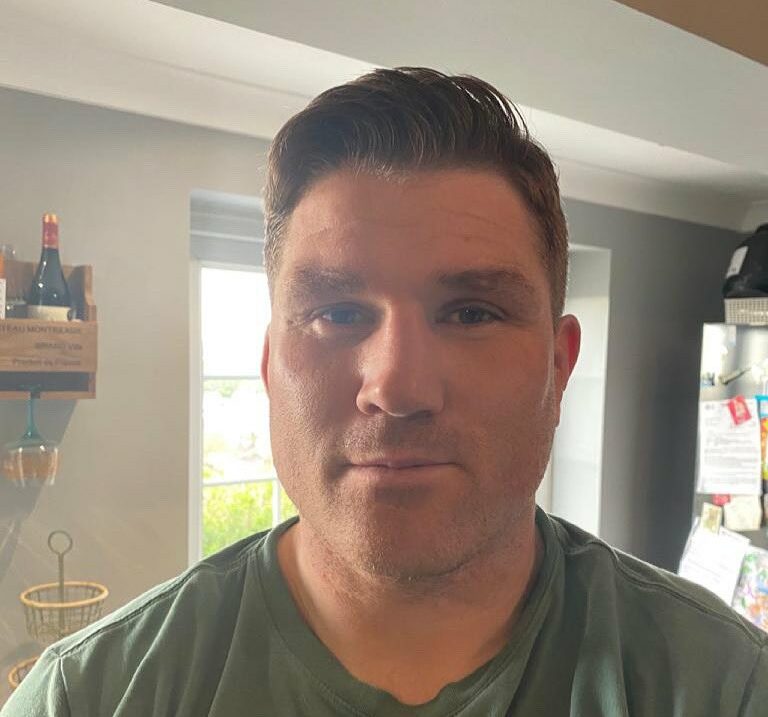 The Dragons play their final home game of the season on Saturday night – in Cardiff. The laying of a new pitch at Rodney Parade means the match against Glasgow is at Cardiff City Stadium. For Richard Hibbard it means the end of another season’s rugby in Wales, his 18th as a professional player, during which time he has learned one invaluable lesson  – it’s not all about rugby, as he tells Graham Thomas.

Richard Hibbard has warned that young players who devote all their time to rugby and nothing else risk ending up hating the sport.

The Dragons hooker has recently agreed a new one-year contract with the region which will see him pass his 38th birthday midway through next season.

He has no plans to retire, either, but says longevity in the sport is about more than simply staying physically fit and avoiding injuries.

The former Wales and Lions forward is about to open a new restaurant and bar, following on from the success of his existing café, The Hideout in Port Talbot.

Hibbard – who will be part of the Dragons line-up to face Glasgow at Cardiff City Stadium on Saturday, in a Rainbow Cup tie that is live on S4C – is clear that less is more when it comes to time spent thinking about the game.

✂️ ICYMI | @richardhibbard2 braved the shave for the @peoplescaptain Foundation! 😆

👏 Find out more about this great cause below and there is still time to donate! ⤵️

“If you are constantly thinking only about rugby, then you will end up just hating the game,” says Hibbard who has been a professional player for 18 years.

“All you end up doing is running silly scenarios over and over again in your head and thinking, ‘what if I’d done this or that?’.

“That’s a damaging mindset for a young player. There’s enough pressure on them as it is, without the pointlessness of constantly thinking about the game.

“Young players need other activities to occupy their mind. It could just be a hobby like fishing, or a business idea like mine, but it needs to be something that brings balance into your life, so that it’s not just rugby, rugby, rugby.”

Hibbard’s current distraction is the conversion of the old Burger King premises on Aberavon beach front into a new restaurant and bar that will include a drive-through.

Strolling through the town to oversee the conversion used to be a conspicuous activity for the powerfully-built, heavily tattooed hooker as even his baseball cap couldn’t hide his trademark blond locks.

But the former Swansea, Ospreys and Gloucester star – who became a key part of the Lions’ Test series triumph of 2013 in Australia – is more incognito these days, having shaved off his famous curls a month ago.

That was done for a charity – Young Minds – supporting his Dragons teammate Greg Bateman who has spoken openly about his own problems in overcoming depression.

The new appearance has coincided with a new lease of life for Hibbard at the Dragons, as his form in the second half of the campaign has underlined his value to the squad even in the face of challenges from players far younger.

“If I was getting done by the youngsters in the team, or if my performances were going down hill then maybe the writing would be on the wall,” he says.

“But I don’t feel that way at all. The fire is still there inside me and I’m enjoying my rugby even though it has been a long season.

“I have always said I will carry on playing rugby, so long as I still feel passionately that I love it. And at the moment, I still do.”

Hibbard puts much of the foundation for that enduring love down to the Dragons, a region he feels that has transformed its identity.

“The organisation is now forward-thinking, ambitious and very well run from the chairman, David Buttress, all the way down.

“Bernard Jackman was on the right lines, but since Dean Ryan came in as coach he has been well supported and been able to put the whole puzzle together.

“It’s exciting times for the Dragons who are now far more competitive and will become more so. For me it’s now reflected in the derby matches against the other regions, which are now always super close games when that never used to be the case.”

The fixture at home to Glasgow on Saturday night has been moved to the capital as work starts on installing a new surface at Rodney Parade.

The Rainbow Cup may have had its setbacks but for Hibbard it is serving a useful purpose in allowing the regions to all give younger players a competitive opportunity.

“It’s been a good opportunity for youngsters and provided coaches with a chance to look at people they wouldn’t otherwise have placed into these kind of fixtures.

“It was a shame the South African sides couldn’t take part, but they will hopefully be in the Pro 16 next season and these will be the big boys – their strongest teams – so I can’t wait.”

Live coverage of the Rainbow Cup rugby match between the Dragons and Glasgow Warriors, from the Cardiff City Stadium. K/O 7.35.