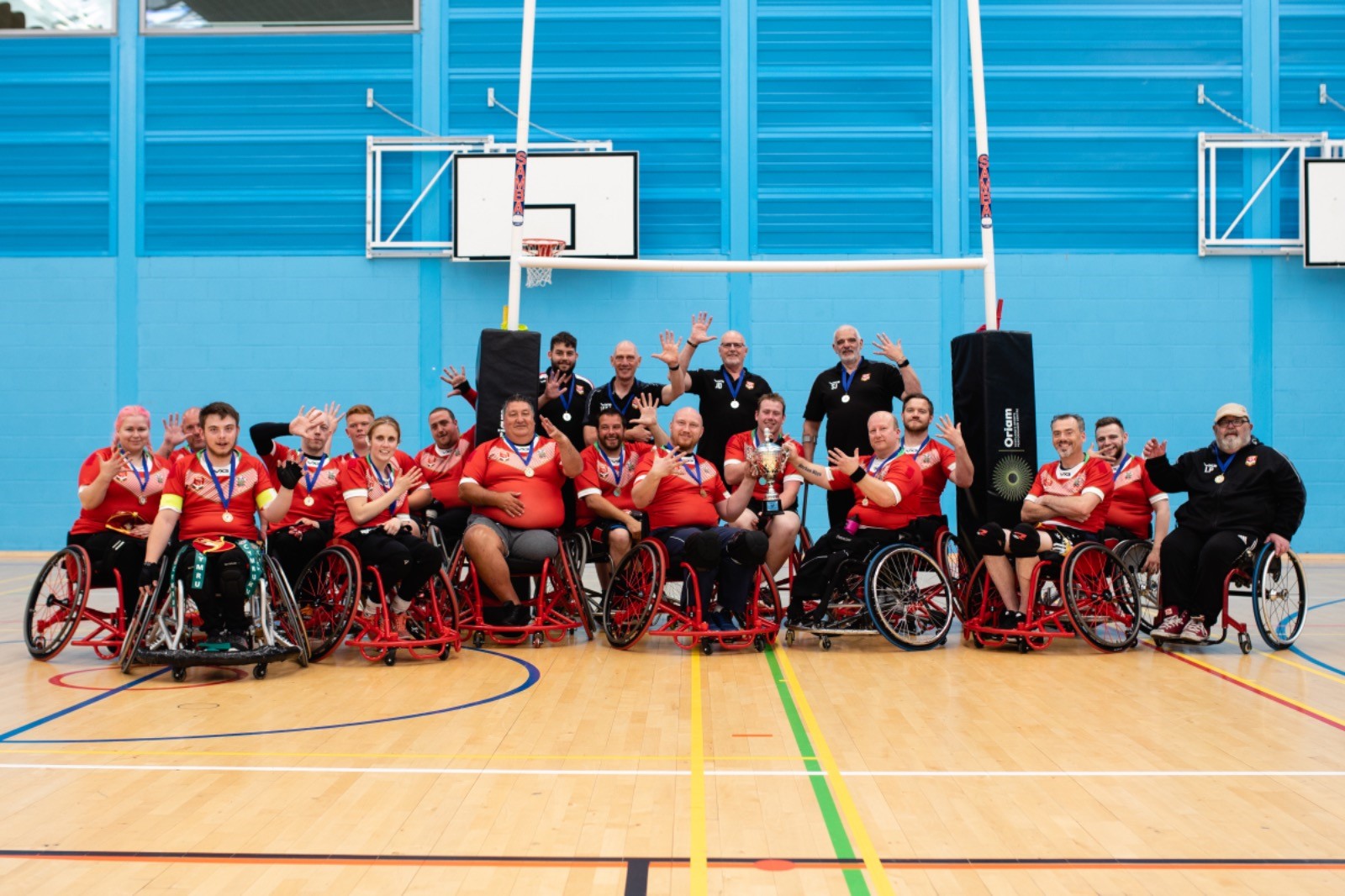 Wales maintained their hold on the wheelchair Celtic Cup, raising the trophy for the fifth consecutive time since the competition’s inception in 2016.

They impressively accounted for Ireland and Scotland at the Oriam Performance Sport Centre at Heriot-Watt University, Edinburgh, racking up 198 points and conceding only 34.

In the holders’ first game, Ireland took a shock lead from Peter Johnston Jr but a first half hat trick from Stuart Williams, who ended with five tries, put Wales on track.

Jamie Reynolds became the youngest Wales Wheelchair international when he came off the bench, and was also part of the first father and son duo to play at the same time alongside his father Jason. Jodie Boyd-Ward also made her debut and posted a brace of tries.

Against the Scots, a very one sided first half saw Wales score 10 tries, nine of them converted by Stephen Halsey, Alan Caron finishing with four tries and hat tricks from Scott Trigg-Turner and the prolific Williams. Jamie Reynolds grabbed his first points with a try, and fourth Welsh debutant Mason Baker landed a conversion.

Scotland ended the game strongly going over for two quick tries from Connor Blackmore – his second – and Callum Young and showing promising signs they can compete at the World Cup, but were surprisingly beaten by the inexperienced Irish in the opening game.

Wales head coach Stephen Jones said: “I was very impressed with the way the whole team performed today. There were some very solid individual performances, but we played well as a unit.

“The four debutants made a big impact when they came onto the court and have fitted into the squad nicely. Both games were phenomenal performances to win by such large margins and will give us a big dose of confidence going into the England game on 26 June in Sheffield and the World Cup later this year.”