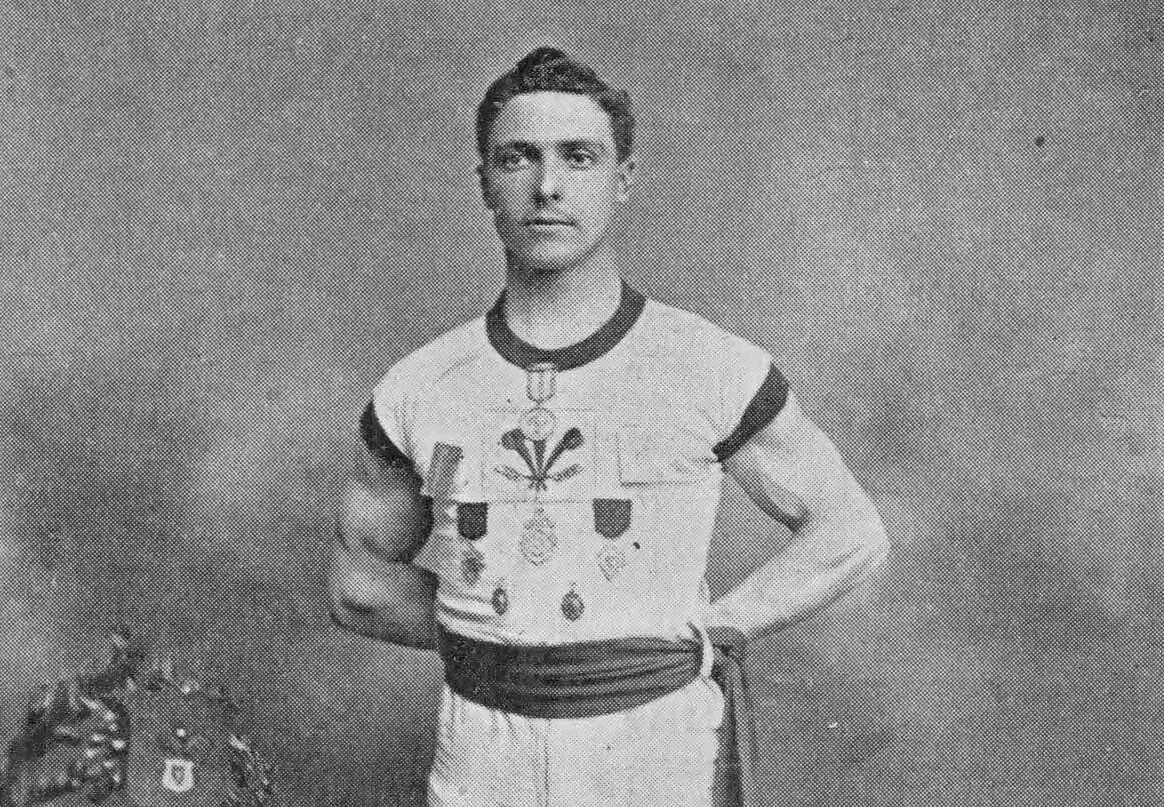 There are already over 20 Welsh athletes selected for Team GB to go to Tokyo later this month, but Olympic researchers have uncovered two more Welsh gymnasts who went to the Games more than 100 years ago.

Wales’ leading men’s gymnast Brinn Bevan may have just missed out on a place in the British team heading to Japan, but Welsh Gymnastics is still able to boast two more Olympians following the amazing discovery.

Olympic historians have confirmed the background details to two previously unknown British competitors at the 1900 and 1908 Games and discovered they were both born in Gwent.

The addition of Newport-born William Lloyd Phillips and Abertillery-born Albert Edward Hawkins takes to 37 the number of Welsh gymnasts who have competed for Team GB at the Games.

Only ever referred to as ‘Phillips’ in the British team of four gymnasts who went to Paris for the second modern Olympiad, Lloyd Phillips, as he was widely known, was the champion gymnast of the German Gymnasium in London.

Born in Newport on 8 September, 1881, Phillips finished in 73rd place in the all round competition at the Vélodrome Municipal de Vincennes. That made him the third of the British gymnasts in a field of 135 competitors, all of whom took part in 16 events.

But more significantly, his performances on 29-30 July, 1900, make him the first Welsh athlete to take part in the Olympic Games.

Aberaman-born cyclist Tom Linton also took part in Paris in 1900, but he rode in three professional events in September for which official medals were not awarded.

Previously, it was understood the honour of being the first Welshman to take part in the Olympic Games was held by swimmer Paulo Radmilovic at the 1906 Intercalated Games in Athens.

He finished fourth in the 100 metres freestyle event before going on to finish fifth in the 400 freestyle. High hurdler Wallis Walters was the only other Welsh representative in Greece.

“These are amazing discoveries by the Olympic historians and merely underline the rich tradition of gymnastics here in Wales. We thought we had produced 35 Olympians, but now we can boast of 37,” said Welsh Gymnastics chair, Bev Smith.

“As we approach our 120th anniversary in 2022 this is just another reminder of how significant and successful gymnastics is here in Wales.

“While it was disappointing not to have a member of Team GB for Tokyo, our efforts are now on sending a highly competitive team to Birmingham next year for the Commonwealth Games.”

Phillips took part in the first Welsh international on 4 April, 1903 held in Birmingham. There were five members of the Newport Athletic Club in the side who joined Phillips for a contest that involved all the Home Nations.

In the Evening Express newspaper, a biography of him when the Wales team for 1903 was announced, stated: “Lloyd Phillips was this year included in the English team, but, as he is a Welshman born and well known to Newport, he preferred to fight for gallant little Wales.

“For many years he has practised at the German Gymnasium, London, where he holds the position of all-round champion. He competed for the championship of the kingdom this year, and was beaten only by Bradley, of Bradford, who has won it three times in succession. He is considered one of the finest bar workers in the kingdom, and is very strong on the rings.”

In 1907 Phillips became a director of the Boscombe and Borough Gymnasium and he died, aged 85, in Florida in 1966.

The second discovery made by the two Canadian Olympic historians – Connor Mah and Rob Gilmore – was that of Albert Hawkins, who was previously mistaken for another athlete of the same name who competed in the wrestling at the 1908 Games in London.

Born on 21 May, 1885, in Abertillery he now takes up to eight the number of Welsh gymnasts who were in the British team that finished eighth.

^ = Born in Wales, competed for England