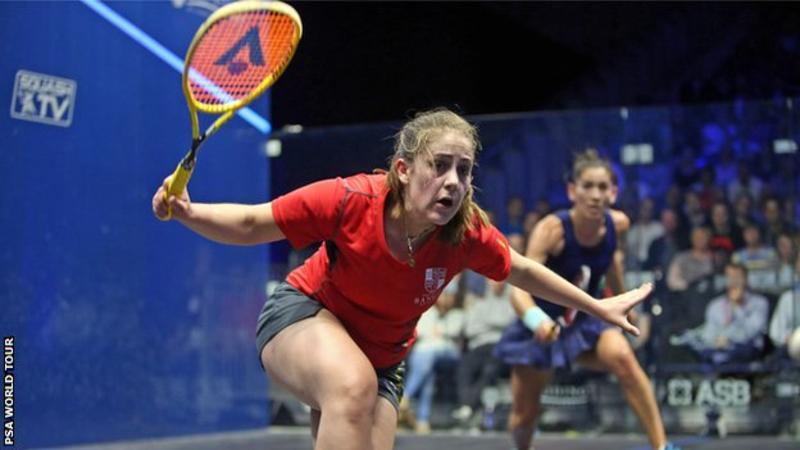 Tesni Evans has made history by reaching the British Open quarter-finals after a 3-0 victory over New Zealand’s Joelle King.

The Cardiff-born world No 12 is the first female squash player from Wales to reach the last eight of the so-called ‘Wimbledon’ of squash.

Evans is also the first Welsh player to reach the quarter-finals of the event since Alex Gough 16 years ago.

The Rhyl-based star said: “You come onto court and you make a game plan of how you are going to play someone.

“We have played so many times in practice, not so much on the PSA World Tour but in practice we have and we both know each other so well, so it was just going to be a case of who did it better today.

“Fortunately, I did that but it was not an easy match at all, she is a very good friend of mine, but someone had to win today.

“I’ve been able to play well in this tournament. I like playing in the UK anyway and being home and it’s good to bring a Welsh person into the quarter-finals again here.”