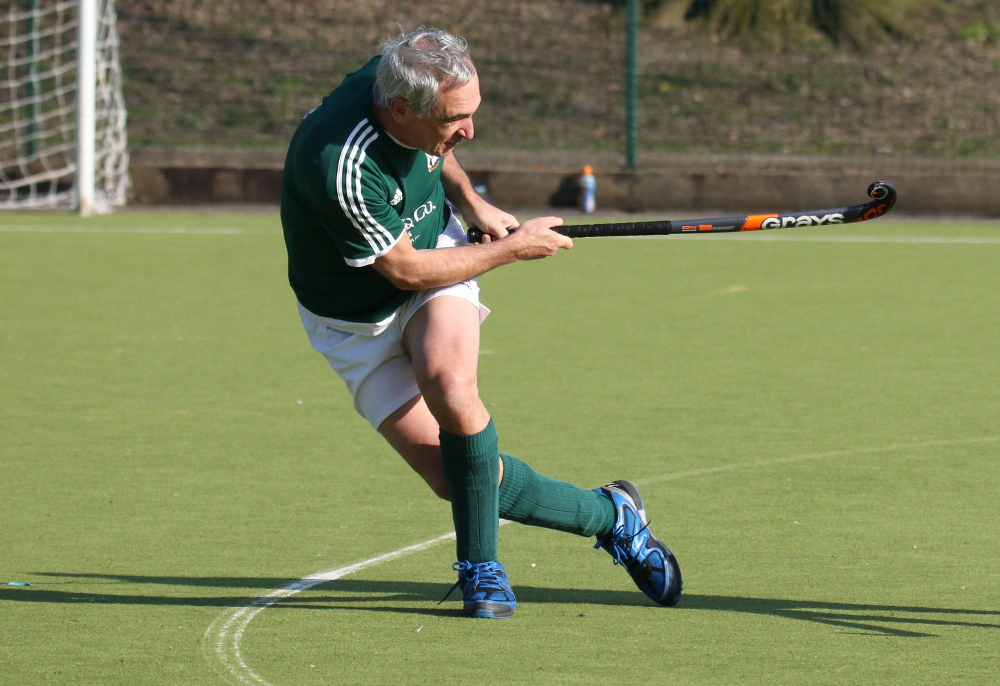 Penarth Hockey Club has added a piece of unexpected silverware to its 2018-19 collection after the 4th XI claimed the De Cymru 3 division of the Verde Recreo League.

Having already clinched promotion after their penultimate game of the season, the Fourths started the day knowing that another victory, combined with a defeat for second-placed Gwent in either of their two remaining fixtures would leave the Vale side on top of the De Cymru 3 standings.

Penarth had led the way early in the season, but contrived to concede the advantage to Gwent heading into the latter stages, leaving their title ambitions in the hands of their rivals, who appeared to have the easier run-in with fixtures against the other Gwent side in the division and bottom of the table Whitchurch ‘G’ to close out the campaign.

With little left to lose in their final game, against Whitchurch ‘F’, Penarth started strongly, with Iwan Meddins twice striking the post before Greg Cross opened the scoring with an excellently taken goal. Whitchurch, however, equalised largely against the run of play, converting a slick penalty corner routine following a rare foray into Penarth territory. This only seemed to sting Penarth into action though, with the Bears quickly scoring three superb team goals – finished off by Meddins and comparative veterans Dave Thomas, and Dave ‘the silver fox’ Watkins – before the evergreen Ifty Khan scored an immaculate solo effort to make it 5-1 at half-time.

Playing into a strong headwind after the sides swapped ends, Penarth laboured early in the second half until Watkins rolled back the years with another great individual goal, re-opening the floodgates as Meddins then scored his second of the game by rounding off another fine sweeping move.

Whitchurch struck back with a counter-attack goal to briefly interrupt the Bears’ progress, but Thomas completed his own brace from a penalty corner to make it 8-2 to the hosts at the final whistle. Having played their final card their part in the title fight in what was a late morning fixture,Penarth could only hope and pray that their rivals would slip up later in the day and rewarded for their season-long endeavours when word came through that Gwent had not only lost to their club colleagues, but gone down 4-0 in the process, thus declaring the Bears as division champions with a week left in the season.

The 1st and 2nd teams were also in action over the weekend, with the former keeping themselves in the Premiership promotion race despite splitting the honours in their two games. A 4-2 win over third-placed University of Exeter at Stanwell provided a vital three points, but the Bears were unable to repeat the feat in Sunday’s rearranged fixture in Cheltenham, going down 4-3 to the top division’s second-placed side.

The combination of results leaves Penarth sixth in the Premiership standings but, with only two points separating them from third spot in a division where four teams will be elevated to the National League for 2019-20. Unfortunately for the Bears, their fate rests somewhat in the hands of their rivals, needing results to go their way in addition to securing a win in their final game in Bath.

The 2nd XI could not achieve promotion with two games to play in De Cymru & The Marches 2, but played for pride against cross-town rival Cardiff & Met, emerging with a handy 4-3 victory in Cyncoed. The win guarantees Tom Parkinson’s side at least fourth in the standings, with the possibility of stealing third with another three points this weekend.

The final week of the season sees four of the five Penarth teams in action, with the 1st XI crossing the Severn to take on Team Bath Buccs (2pm start), while the Seconds host bottom of the table Wotton-under-Edge at Stanwell (1.45pm start). The 3rd XI are also at home against similarly lowly opposition, looking to celebrate their De Cymru 2 title in style against Swansea (3.30pm start), while the Fifths open the Saturday slate at home to Bridgend (10.30am start), safe in the knowledge they will finish a fine fourth in De Cymru 3.

Penarth Hockey Club always welcomes new, old and returning players, umpires, supporters, friends and helpers regardless of age and ability. Training takes place at Stanwell on Wednesdays, with the juniors on the pitch between 6.15pm and 7.15pm and the seniors between 7.00pm and 8.15pm.

Anyone interested in joining the club at senior or youth level can contact club secretary Dave Stevens (d_stevens81@hotmail.co.uk)  for further information.