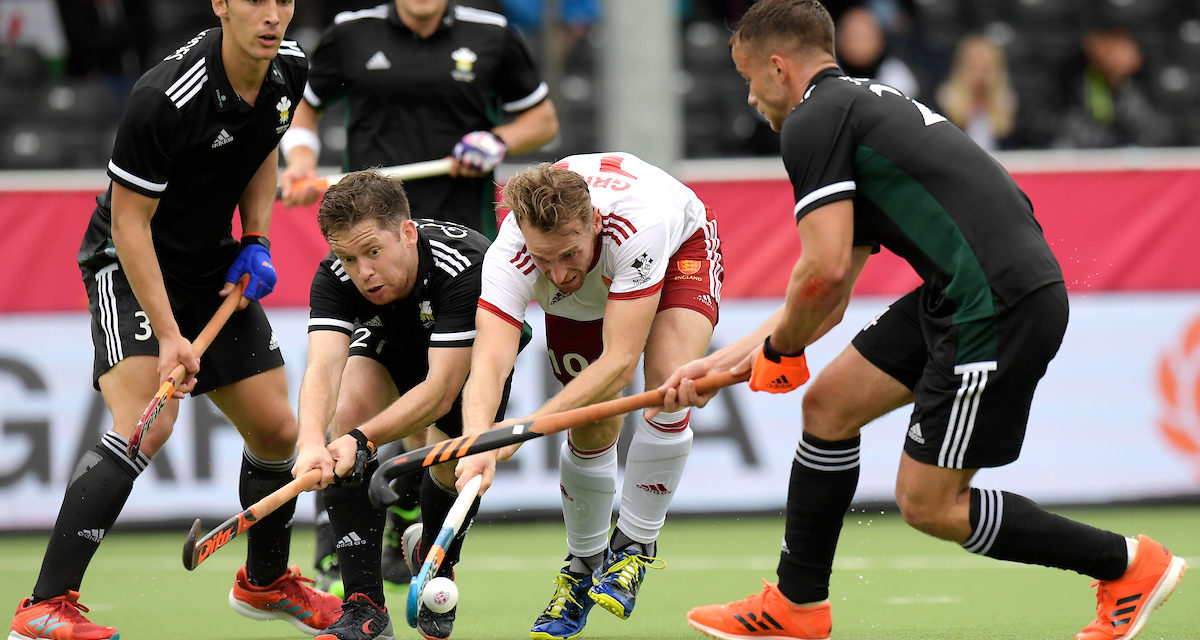 Action from Wales 2-2 draw with England in Antwerp

Wales came agonisingly close to pulling off a shock victory over England on their return to the top tier of European competition after 20 years.

Coach Zak Jones’ side were within three minutes of victory in their opening Pool A game at the Belfius EuroHockey Championships in Antwerp.

Sam Ward gave England the lead but goals from Gareth and Rhodri Furlong gave Wales the advantage against a side ranked 19 places above them at No 6 in the world.

But Welsh hopes were denied when England pulled their goalkeeper and used the extra attacked to snatch a 57th minute leveller through James Gall.

It’s Taken 20 Years To Get There . . . But Now Wales Hope To Topple England

“We knew with the quality England have, they would really punish us,” said Jacob Draper.

“We were really up for it, played the game we wanted to play and, by the end, the luck came our way to get the lead.

“Maybe that’s a development for us, to try and hold that lead when they went to a kicking back so if that scenario ever happens again, we can deal with that.

“But it is a really good point gained ahead of the game against Spain. Definitely, we wanted something on the board.”

But the draw is a stunning start for a side that has returned to the top tier after playing in the C division just four years ago.

Draper added: “It’s taken a lot of hard work from the boys to go up through the divisions. I was really nervous coming out for the game but when we got the ball rolling, we went well.”

Wales had gone in front with less than 10 minutes left when Rhodri Furlong’s cross deflected in off Henry Weir with Furlong awarded the goal.

Wales face Spain in their second pool game on Sunday.