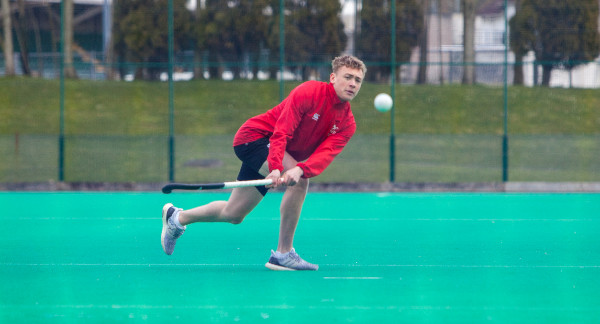 Cardiff & Met hockey midfield star Jacob Draper has once again been included in the Great Britain Under 21 squad for the Johor Cup in Malaysia.

The 20-year-old Swansea University student helped the British team finish as runners-up in the prestigious tournament last year and will be hoping to go one better this time. He will be joined in the squad by his clubmate Callum Mackenzie, the Scottish Under 21 cap.

Draper won his first senior Welsh cap as a teenager in 2016 and went to the Gold Coast Commonwealth Games earlier in the year. Now his sights are set on joining Welsh team mate Dan Kyriakides in the senior British squad in the build-up to the 2020 Tokyo Olympics.

Kyriakides now has 11 British caps in his locker and is blazing a trail for Welsh hockey at the highest level along with women’s goalkeeper Rose Thomas and Sarah Jones, who are both currently in the British women’s squad preparing to defend their Olympic title in two years time.

Originally a footballer, Draper only started playing hockey at when he was 13. He quickly made international age-grade teams and made his Wales senior debt at 18 against Austria.

Draper and Mackenzie are among 10 players returning to Johor Bahru for the week-long tournament starting on 6 October. The GB team, which the event in 2015, begin their campaign against New Zealand before taking on Japan the next day.

They then face the Australians on 9 October before taking on hosts Malaysia the day after. They end the group stages against India on 12 October before a final ranking game – based on where they finish in the pool – the next day.

“The players will be able to gain great experience from playing against non-European opposition exposing them to differing styles of hockey in very challenging conditions,” said GB Under 21 head coach Jon Bleby.