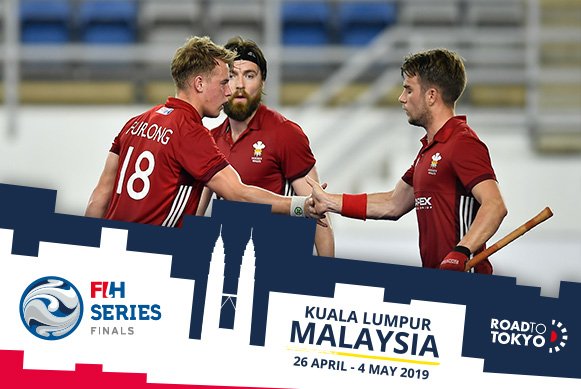 Wales will look to rediscover their clinical streak when they face the Malaysia at the FIA Series Finals in Kuala Lumpur on Wednesday.

Coach Zak Jones’ side slipped from first to third in their Pool A on goal difference after a 2-0 defeat to Austria in their final match.

That meant they were forced into tomorrow’s cross over matches which sees them up against the Speedy Tigers who finished runner-up in Pool B.

The Malaysians, ranked 13 in the world, were stunned after being beaten in their final pool match by Italy, who at 32 were the lowest ranked team competing in the event.

Wales only needed a draw to top their group having stunned Canada, at 10 the highest ranked side in the tournament, and Belarus in their opening two games.

But now they face Malaysia knowing victory would see Wales, ranked 24 in the world, facing a rematch with Austria, ranked five places above them, in the semi-finals.

“We didn’t handle the ball very well going forwards,” said Lewis Prosser of the Austria defeat. “We did dominate for patches but we just weren’t clinical enough in the attack and we certainly didn’t deal with their counter attack as well as we could have.

“They play a zone and, in this heat, it was very hard to break that zone down. We will get our minds right and plan how we are going to play in the next round.”

The event is part of the Road to Tokyo series but Wales cannot qualify for the next phase anyway as that’s when GB take over with Olympic qualification points at stake.