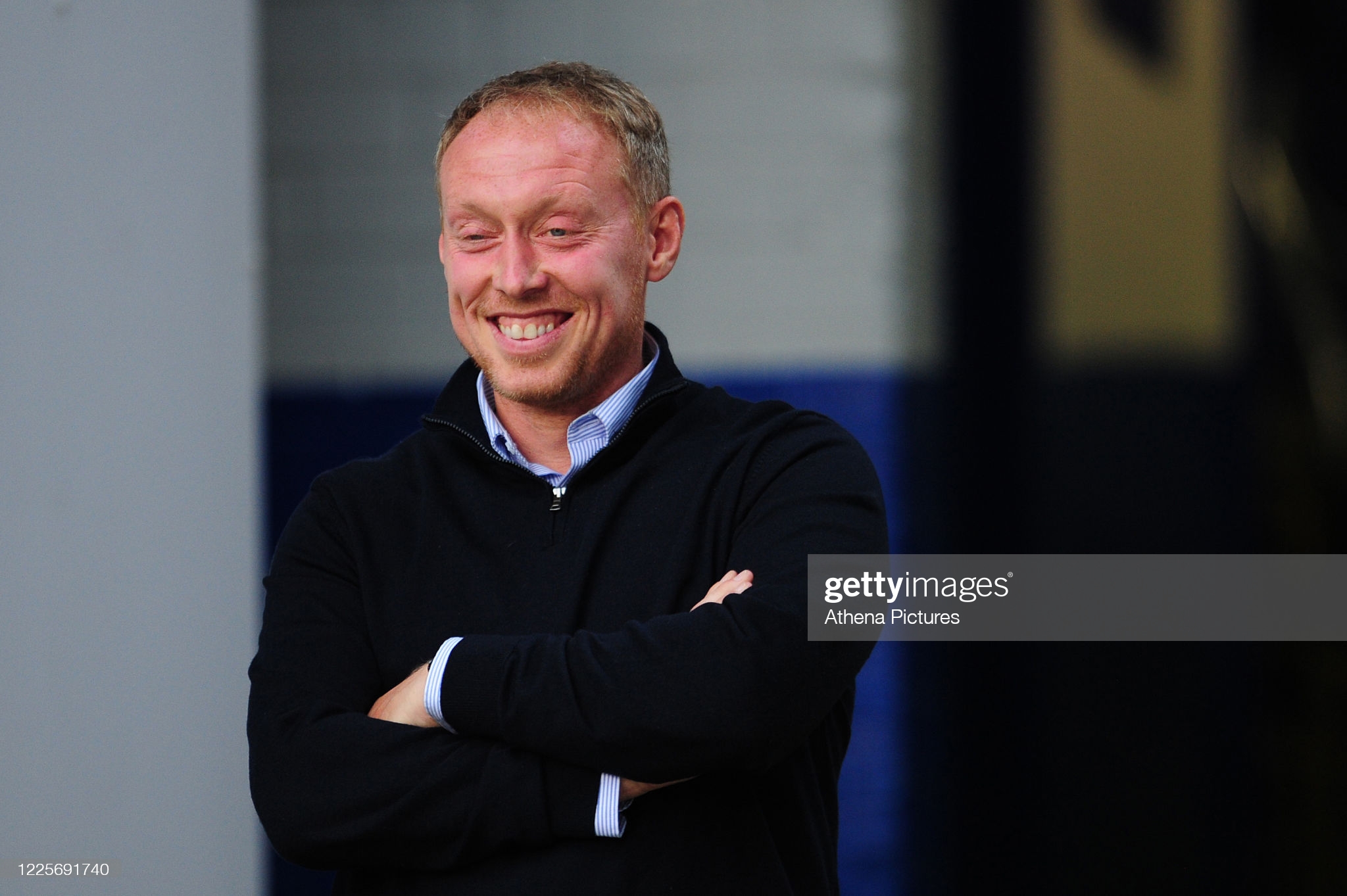 Swansea City’s game at Blackburn Rovers tonight has been postponed due a waterlogged pitch. It gives the Swans a midweek break but denies them a chance to further strengthen their position in the Championship’s automatic promotion places. Head coach Steve Cooper is exceeding most expectations, a familiar achievement says Jack Hammett, but one which normally signals the attention of bigger clubs elsewhere.

Like hipsters talking about successful bands, Swansea City fans can also be smug about the managers who started their rise to success in the Liberty Stadium dug-out.

“I knew them before they were big”, kind of thing.

Just last week Pep Guardiola was waxing lyrical about former Swansea manager Graham Potter after the two managers came up against each other in the Premier League.

“I said to my players, we are in front of the best English manager right now”

High praise indeed; Swansea City fans will also remember the way the Catalan manager spoke of the Swans when Potter was still in the manager’s seat at the Liberty after that dramatic FA Cup tie in 2019.

“They had courage to play and they played good,” said Guardiola after his team had been fortunate to go through. “You have to say congratulations, it was incredible.”

Potter is just the latest in a long list of former Swansea managers who have gone on to a team higher up in the pyramid.

Roberto Martínez was the first; the founder of the modern “Swansea way”. The club’s former captain reinvented the side and the club’s philosophy, got the Swans promoted to the Championship and laid the foundations for the Premier League journey they were soon to embark upon.

He’s now in charge of FIFA’s number one ranked side in the world, Belgium, and most Swansea City managerial appointments made afterwards had his groundwork in mind.

Paulo Sousa, Brendan Rodgers and Michael Laudrup were all appointments made to follow in the footsteps of Martínez.

Between them, Swansea improved every season; narrowly missing out on the play-off’s, being promoted to the Premier League the year after, winning the club’s first major trophy and testing themselves against some of the best sides on the continent in the Europa League.

Since then those managers have taken charge in top leagues across Europe; Serie A, Ligue 1, Premier League and even held court in the Champions League with multiple medals in their back pockets.

Potter will be hoping that his career follows in the path of those who stuck by the “Swansea way” instead of those who moved away from the principals.

After Laudrup went, the managers increasingly focussed solely on results and it lead to the slow decline of the side, resulting, eventually, in relegation.

The worry for Swansea City fans now is that Steve Cooper will be next to follow the path of those who branched off to bigger things.

The Welshman is in his second season at the club and sits proudly second in the Championship table – pushing for promotion.

If Guardiola is campaigning on Potter’s behalf as the best English manager, similar claims could certainly be made for Cooper being the best Welsh manager around right now.

On a shoestring budget and losing top talent every transfer window, Cooper has worked wonders with the players available to him.

He has used his contacts book to bring in the best players from previous jobs – usually on loan – found bargain buys who have slotted in seamlessly, and made the most of the club’s academy.

Cooper was also bold enough to leave behind the favoured 4-3-3 system that had been in place for so long at Swansea City and adopt a new 3-5-2 style suited to the squad and popular enough for Swansea fans to have labelled it “Cooper Ball”.

Playing with three centre-backs, getting crosses into the box from wing-backs and even long throw-ins might seem like a long way away from the fabled “Swansea way” but it highlights Cooper’s ability as a manager to be broadly true to his beliefs, but occasionally pragmatic enough to overcome difficult problems posed to his side by different oppositions.

Never has that been more true than during last weekend’s win at Barnsley.

Swansea are unbeaten in their last five league games; in three of those matches they were happy to play without much of the ball – an alien concept to previous managers – yet still produced 2-0 wins in each of the three games.

And although possession isn’t everything when it comes to Cooper’s style of play, there is something in every previous successful manager present in Cooper.

Martínez had Swansea playing out from the back, passing the ball intricately in midfield whilst not being afraid to make strong tackles, epitomised by cult hero Ferrie Bodde.

Currently, every Swansea City defender looks as comfortable on the ball as those in attack. Marc Guéhi has shown so much bravery on the ball he sometimes finds himself making runs into the box after linking up out wide with Jake Bidwell.

And the midfield three of Matt Grimes, Jay Fulton and Korey Smith have been brilliant this season, their ability to hold onto possession has been key in finding Connor Roberts and Bidwell out wide to create chances.

The trio have also shown determination and a willingness to be physical in the tackle. Statistically, no player is more successful at tackling in the Championship this season than Fulton.

Sousa played similar football to Martínez but it was all about defence. Cooper’s side has the best defensive record in the league and have 14 clean sheets already this season.

So far, the Swans have only conceded 13 goals – Sousa had conceded 19 at this stage in his infamous season.

Rodgers, the most successful manager after leaving the Welsh coast, will always be hailed as the man who took Swansea City to the promised land and kept the club up playing the attractive football the Jack Army were used to.

The key to his success, though, at was his man-management skills, getting the best out of youngsters like Joe Allen, as well as his contacts. Would that promotion campaign have happened without Scott Sinclair and Fabio Borini from Chelsea?

Similarly, Cooper is working wonders with his approach to man-management, keeping hold of André Ayew, getting the most out of academy graduates Roberts and Ben Cabango, and adding the finishing touches by signing players on loan with a full blessing from their parent clubs, trusting Cooper to be a brilliant manager and coach.

There’s still a long way to go this season for Cooper and the Swans but their promotion push looks promising, given the performances in the first half of the campaign.

A potential promotion would, hopefully, also secure the services of Cooper for a while longer.

So far there haven’t been rumours about Cooper moving on to a bigger job, but with the current form his side is enjoying it won’t be long before the whispers and suggestions start.

Swansea supporters will be hopeful this season is successful for Cooper and that he also remains in charge.

Perhaps then, Guardiola will be talking about “the best Welsh manager” next season.