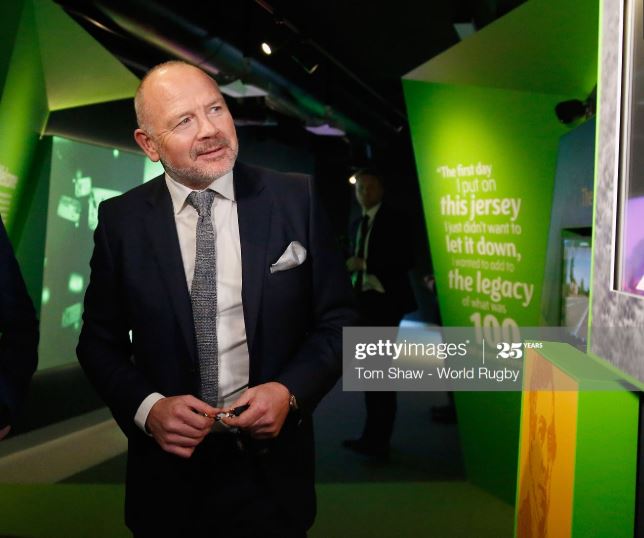 Ieuan Evans and Nigel Davies are both fighting to join the Welsh Rugby Union council again – despite losing out earlier this summer.

The former Wales internationals have both chosen to stand for election, with nominations due to close today.

Neither man’s interest in helping shape the game’s future in Wales has been undermined by their defeat to John Manders for a vacant national council seat in July.

It means there will be a three-way battle for the new seat up for renewal, with the former Llanelli pair going up against current WRU chairman Gareth Davies.

Davies has been chairman for six years, but unless he can convince the Union to re-write their own rulebook, he is coming to the end of his tenure and would return to being merely a member of the council if re-elected.

But also at stake for Davies are his seats on the World Rugby executive committee, and directorships with Rugby World Cup, Six Nations, British Lions and EPCR.

He has also offered himself up for a possible extension as chairman of the WRU board of directors, but that would require the rule change.

In a move that mirrors what happened six years ago, when Davies stood against the incumbent chair David Pickering, the former Wales captain will now be challenged by two equally high profile former internationals.

Davies invited candidates to step forward to fight for not only his seat, but also those of the five Districts that are up for re-election in a recent letter to all 320 member clubs. There were 200+ votes in the recent National Council election won by Manders.

It is understood the Old Illtydians chairman won with 80+ votes, while Evans was second with high 60s and Davies third a short way behind. Gareth Davies topped the poll in 2014 when he and Anthony Buchanan beat Pickering for two seats as National Representatives on the then WRU Board.

That ended Pickering’s 15 year stint on the Union and led to Davies being voted in as chairman at his first meeting.

Four years later he convinced the membership to change the governance of the game in Wales by creating a WRU Board of 12 directors to sit above the National Council, which looks after the Community game.

There is also a Professional Rugby Board that now governs the professional game in Wales. Their independent chair person also has a seat on the WRU Board.

While the governance reforms were initially well received, within a year there was a call for an EGM when 34 clubs joined forces to object to the way in which the WRU audited and funded the rank and file clubs.

This came on the back of a calamitous 2019 AGM that was held in the stands at the Principality Stadium – in arctic temperatures – and left the membership unhappy at the lack of clarity given to their questions.

Earlier this year the chief executive, Martyn Phillips, said he would be leaving in June, which led to a new search for a successor.

But the coronavirus crisis led to him staying on to steer the ship through rocky waters.

Davies has offered to provide further continuity if required by agreeing to extend his period as chairman beyond the agreed period of six years.

That was one of the stipulations in his governance reform in 2018, along with only permitting three terms of three years as a National Council member.

Five applicants have already been interviewed for the post of chief executive. These include two members of the union’s current executive board, Group Finance Director Steve Phillips and Operations Manager Julie Paterson.

“While it was disappointing to lose out to John Manders in the last election, I was greatly encouraged by the support and feedback I received from standing. I’ve been asked to do so again and I’d love nothing more than to serve the best interests of the rugby clubs of Wales,” said Evans.

“Gareth is obviously very experienced and widely respected, but just as he was able to come in and pick up the reins very quickly and effectively from David Pickering I believe I could do a similar job.

“However, this is not a battle for the chairmanship, it is about representing the game at large in Wales, ensuring there is a bottom up, not top down approach to improving the lot of everyone involved in our national sport.”