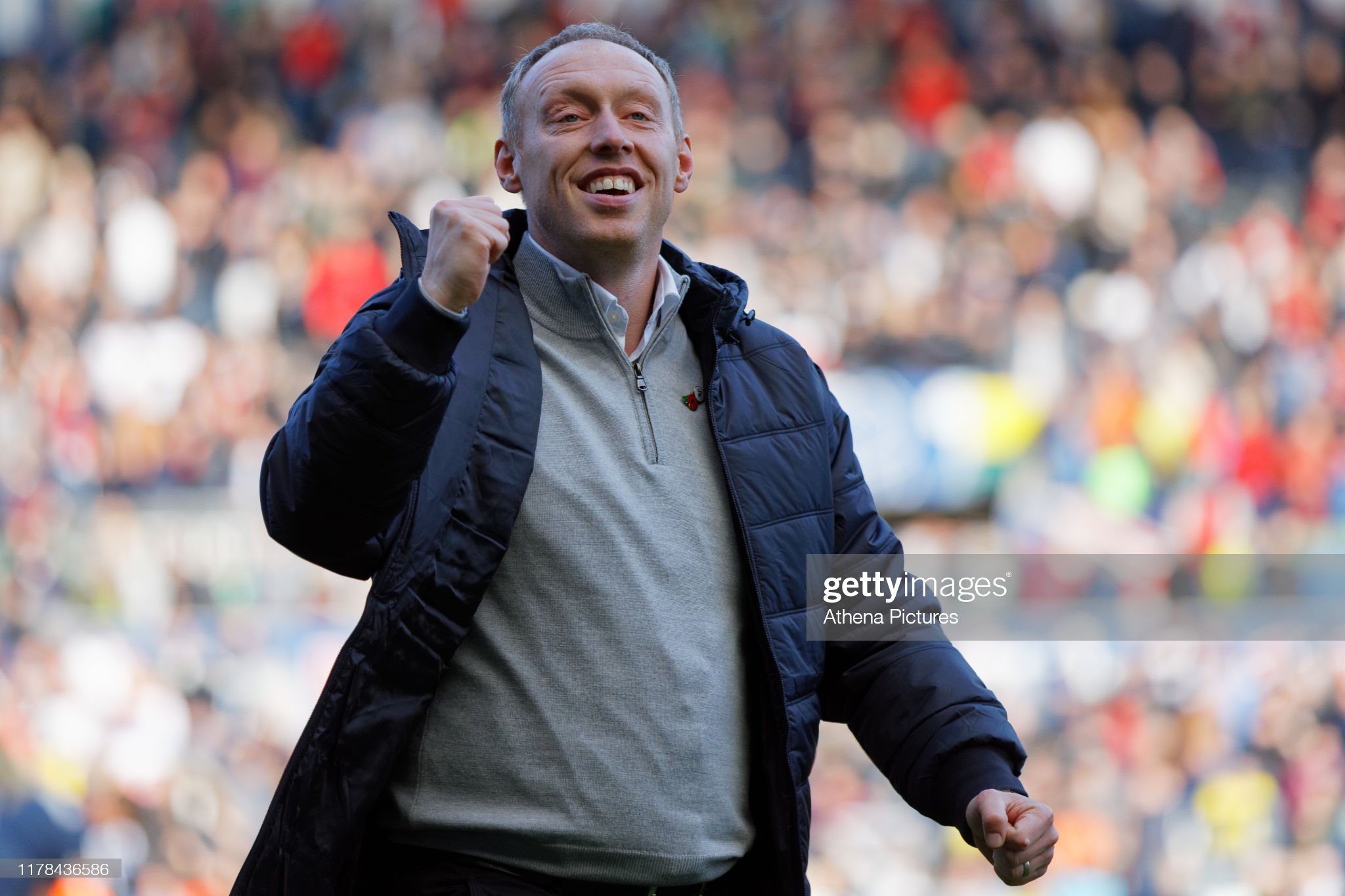 Steve Cooper has admitted he is becoming boring, but makes no apologies for his one-game-at-a-time strategy at Swansea City.

The Swans head coach sends his team out for the first time on the newly installed Liberty Stadium pitch against Reading this evening, knowing that a third successive victory would consolidate their current position in the Championship’s automatic promotion places.

Cooper’s team have won back-to-back fixtures against Barnsley and QPR, but he insists he is not looking further ahead into 2021 as the play their final match of a very strange 2020.

“We’ve come through a really busy period and had a little bit of time to be able to prepare for these three games over Christmas, and we cannot look any further ahead than this game,” said Cooper.

“People might get bored of me saying to take one game at a time, but I genuinely believe this is the right way to look at it this season because of how unusual the schedule is.”

From Premier League Pitch Of The Year . . . To Swansea City’s Big Christmas Dig Up https://t.co/GiwTCUqqzX

Reading currently sit in sixth place, but are just three points behind the Swans after see-saw campaign that saw them win seven and draw one of their opening eight fixtures.

They then went on a four-game losing streak in a winless November but have recovered to rebuild their promotion push under manager Veljko Paunovic, who took in August after Welshman Mark Bowen was sacked.

In the decade since former Swans boss Brendan Rodgers was at the Royals, the club have gone through 12 managers but Serbian Paunovic appears to have them on the rise.

Cooper added: “They are on the back of a good win over Luton, who are a tough side to face, and I am sure they will be feeling good about themselves on the back of that.

“They are a good team, they have good technical players and athleticism. They have picked up a lot of points and good results to be in a good position.

“We respect that and see them for what they are, but we are in a great place too in terms of our momentum and mood.

“We need to make sure we really commit to the game by doing what we do. It’s a game to look forward to.”

Cooper’s side have kept 12 clean sheets in their 21 Championship games so far, including five in their last six outings.

There have been just 12 goals conceded, while the in-form pair of Jamal Lowe and Andre Ayew have provided goals at the other end.

Defender Jake Bidwell – who has played in 20 of those 21 matches – said: “We have put a good foundation in place.

“We are in a good place and in the parts of the table we want to be in if we are going to achieve something.

“But it will not count for anything if we are not able to keep it going. No-one is handing any prizes out when the season is not quite halfway through.

“That comes if you are able to finish the job over a full season. That’s the challenge for us, to keep improving, to focus on getting better every day and reaching the high standards we and the coaches set ourselves.”