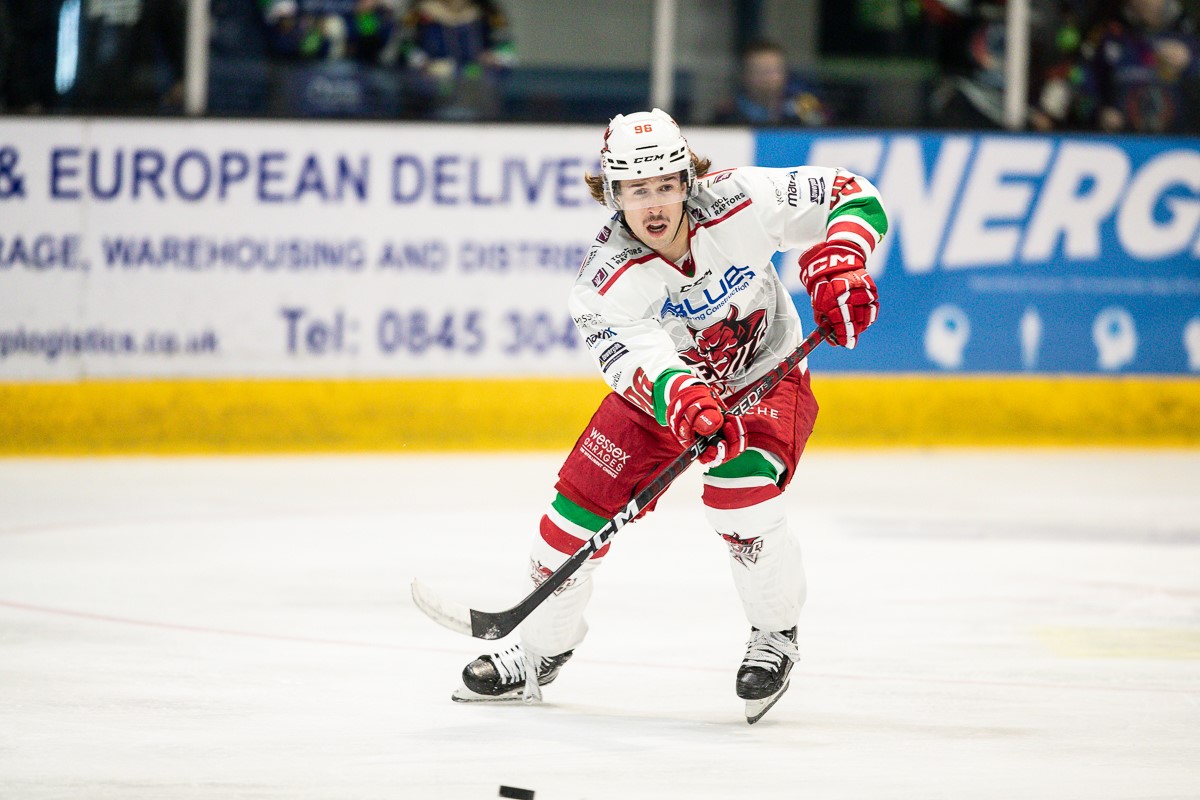 As has been the theme for much of the season thus far, the Cardiff Devils both thrilled and frustrated in equal measure this past weekend.

There is no better experience in the world of Devils hockey than when the Sheffield Steelers roll into town on a Saturday night at a packed out Ice Arena Wales.

Those fortunate enough to get a ticket, generated a roaring pre-game atmosphere that transmitted itself to the ice with a furiously-paced opening period that saw both the Devils and Steelers go toe-to-toe.

Jake Coughler even gave the Devils the perfect platform to go on and record a sixth-straight Elite League win early in the second, but the Devils quickly unraveled after Daniel Ciampini replied for the visitors, who made light work of the Devils, scoring four unanswered goals on Ben Bowns, who had enjoyed far better nights between the pipes in a Devils jersey.

And by the time the Devils misfiring power play finally clicked into gear with Coughler claiming his second, with little over six minutes remaining, the game was already too far beyond reach, even before Martin Latal restored Sheffield’s three-goal advantage with an empty-netter that to put a full-stop on the Devils’ first league defeat of the season.

Sunday’s Challenge Cup visit to Guildford Flames allowed for little time to reflect on the previous night’s defeat with the Devils’ inconsistent results placing them at risk of elimination from the group stage.

Minus injured duo Sam Jardine and Josh Brittain, and with Taran Kozun getting the start in goal, the Devil’s offence enjoyed a far more productive night, rallying themselves back from a 3-2 deficit and into a 6-3 lead with Cole Sanford scoring four and Ryan Penny also getting a pair.

There was even time for a rare Mark Louis goal with the defenceman scoring into an empty-net after the Flames had pulled a goal back, for the Devils to round off their weekend in winning fashion despite their setback 24 hours earlier.

The team are now carrying a 8-5 win-loss record from both the league and cup, and there has been little scope or indication as to what type of performance the Devils might produce on any given night, seemingly regardless of the opponent, starting goaltender or line selections.

The underlying question is just how hard will the team’s early season inconsistencies be felt come the end of the season, when the margins between success and failure are usually small?

The team head to Scotland to face Glasgow and Fife on Saturday and Sunday night respectively with a much-needed two-days’ rest, before travelling to Guildford to face the Flames in the league on Tuesday night.

Yet, if current form is anything to go on, you can expect to see plenty of head scratching from Devils fans as they attempt to make sense of the latest sequence of results.

Kazakhstan side pull out of Continental Cup
Visa issues have forced Kazakhstan’s Saryarka Karaganda to withdraw from next month’s IIHF Continental Cup group round in Cardiff, it has been confirmed.

Karaganda were drawn in the same group as the Devils along with Latvian side Zemgale Jelgava and Angers Ducs from France, but will now be replaced by Slovenia’s Acroni Jesenice.

Full ticket details and information can be found on the the official Devils side.