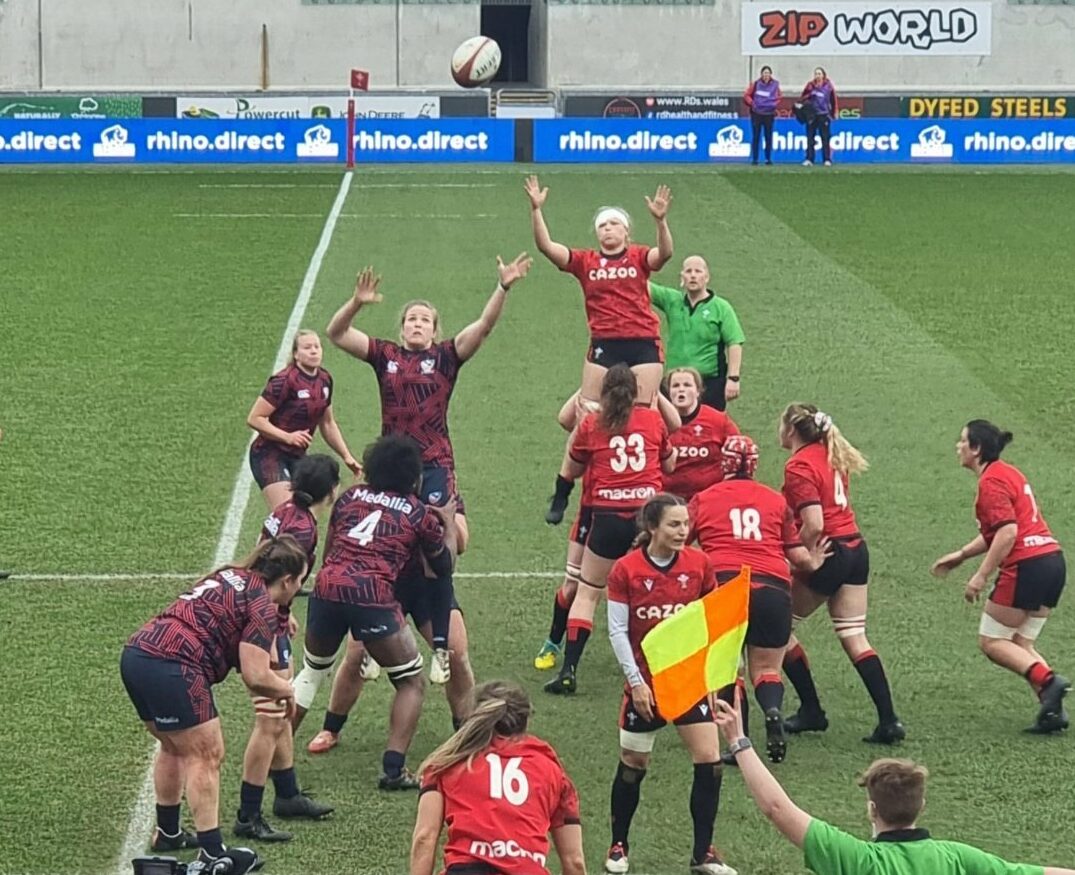 Wales head coach Ioan Cunningham believes his team are well placed to make an impact in the Tik Tok Women’s Six Nations despite defeat to the USA in their warm-up game.

Cunningham’s side lost 31-23 to the Americans at Parc y Scarlets at the weekend, where the previously overlooked Sioned Harries made her first appearance in over two years.

It was Wales’ first match since the Welsh Rugby Union introduced full-time professional contracts for 12 players and although it ended in defeat, Cunningham felt it was a useful marker against a team ranked sixth in the world.

“It was a very worthwhile exercise for us against a very good USA team,” said Cunningham.

“It’s always nice to score early in the game and see some of what we’ve been working on come together in a match scenario.

What a brilliant result for our Women’s Falcons 🤩

“It was good to give game time to so many players two weeks out from the Women’s Six Nation and see some combinations before we make our final selection.”

Wales were outscored by five tries to three in match that was notable for the debut of replacement Lowri Norkett as well as the return of Harries.

Norkett is the older sister of Elli Norkett, the Wales international who died in a car crash five years ago at the age of just 20.

Lowri, a former netball international, told BBC Sport Wales, “I think from when I first started playing rugby and losing Elli, this was always my ambition,

“It was amazing to get my rugby league cap but in terms of for Elli, I think this has been the most amazing thing.

My biggest inspiration- then, now & forever 🌸

I miss you more everyday little one 🤍 pic.twitter.com/5iV7B7UcRi

“I can’t put it into words. I just hope I’m even a quarter of the player she was, and I hope I can live in her footsteps and carry on the Norkett name.”

Wales captain Siwan Lillicrap said: “It was massively worthwhile. We can look at that as individuals, but also as a team, and look at what went well, but also what we need to work on going to Ireland in two weeks’ time.

“The difficult thing was we played so many girls today, it’s hard to build continuity. But I thought everyone worked really hard and there’s some real glimpses of good stuff there.

“So, there’s loads to take from that. We can watch it back, reflect and review it.”