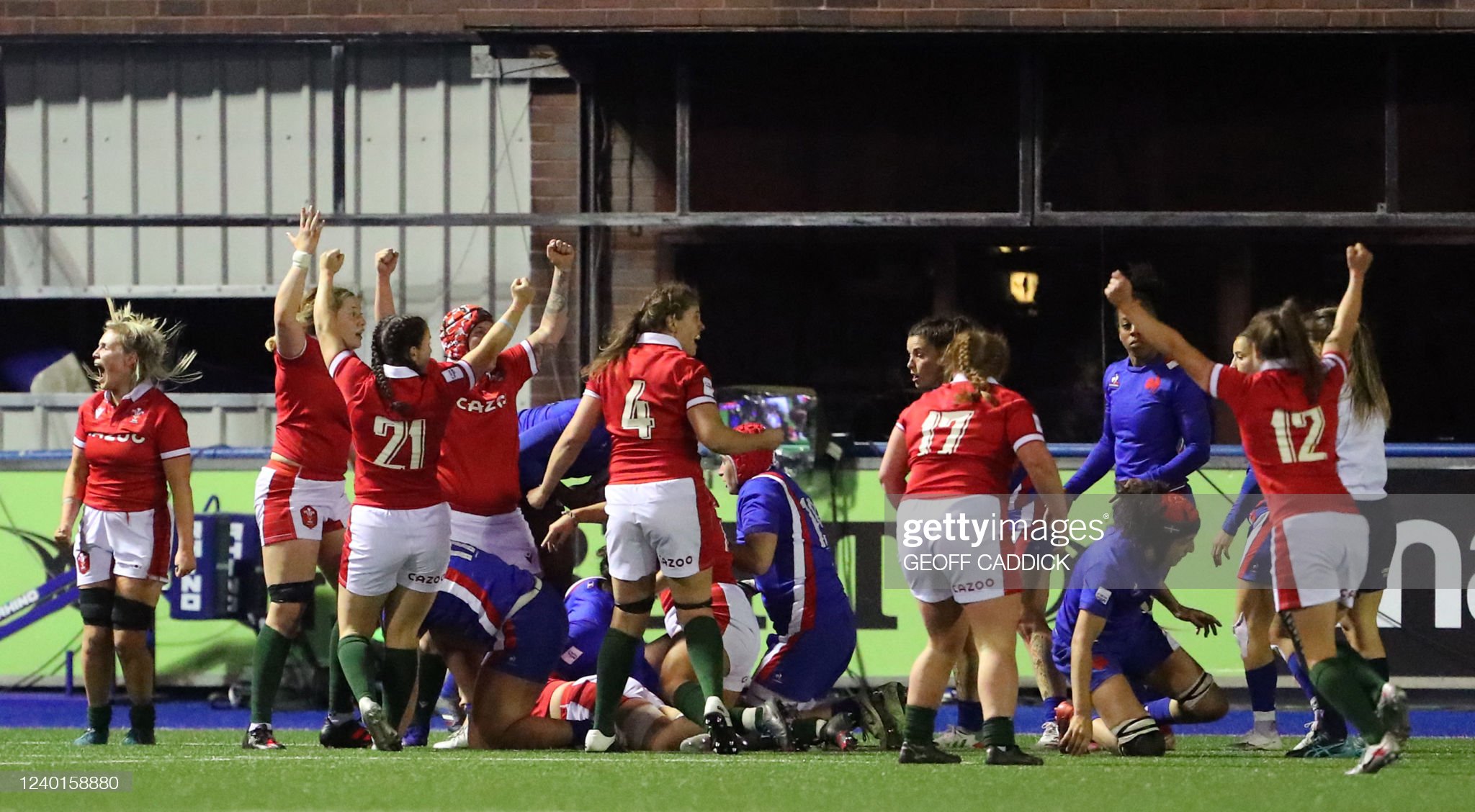 Wales Can finish 3rd with a win over italy on Saturday. Pic; Geoff Caddick / AFP (Photo by GEOFF CADDICK/AFP via Getty Images)

After back-to-back defeats against England and France, Wales boss Ioan Cunningham has made eight personnel changes and two positional switches ahead of final match against Italy on Saturday.

Wales have won two and lost two in their Tiktok Women’s Six Nations campaign, but hope to finish on a positive note when they welcome the Italians to Cardiff.

Despite showing improvement throughout the tournament and putting points on the board against England and France it wasn’t enough and are now focused on ending the tournament with a big finish.

Hooker Kelsey Jones, loosehead prop Cara Hope and full back Niamh Terry are set to earn their first starts of the season.

Alex Callender and Sioned Harries return to the back row alongside Alisha Butchers, while captain Siwan Lilicrap joins Gwen Crabb in the second row.

Returning tight head is Donna Rose,  Ffion Lewis and Kerin Lake are behind the scrum as Scrum half and Inside Centre, with Robin Wilkins moving back to outside half.

Cunningham is confident with his selection against the Azzuri as his side aim to finish with the three wins.

He said: “It is great to see Kelsey (Jones) returning to the starting line up after a long term injury, along with Carol Thomas on the bench. Niamh (Terry) deserves to show what she can do at full-back .It’s good to see Cara Hope getting a first start of the season too.

“Sioned Harris has made a big impact and forms part of a very strong back row on Saturday .Ffion Lewis made an impact again off the bench against France and its exciting to see her and Robyn together again.

“We wouldn’t be where we are now without the contribution of the whole training squad and I’m confident that every player even if they haven’t featured in a match day will leave camp having gained an invaluable amount of knowledge and experience of what it takes to be part of an international set up.”

Meanwhile Italy travel to Cardiff after picking up their first victory of the tournament against Scotland last weekend running in a 20-13 victory.

Prior to this weekends fixture they have three losses, but have been proven to be dark horses against Wales having won their previous two meetings in 2020 and 2018, while gaining a draw in 2019.

Huge opportunity for this team to finish their highest, and make a statement going to it World Cup year!#BackTheGirls https://t.co/ZOx5nbLlOt

Wales are aiming to Finish third in the TikTok Women’s Six Nations table, should they get the win against Italy.

It would be their best significant finish in 13 years, having finished sixth last year and would be a fantastic way to start the new era after the hand out of professional contacts this year.

Cunningham added: “We know it’s going to be a really tough day at the office on Saturday. Italy are a quality team and we need to be 100% ready mentally as well as physically.

“We want to finish with three wins, that is what the group deserves after working hard all season.

“We would love to have the support of a big crowd again, having support back at the Arms Park has been huge this season.”

Wales will be the first match of super Saturday, kicking off at 12pm with the match live on S4C.