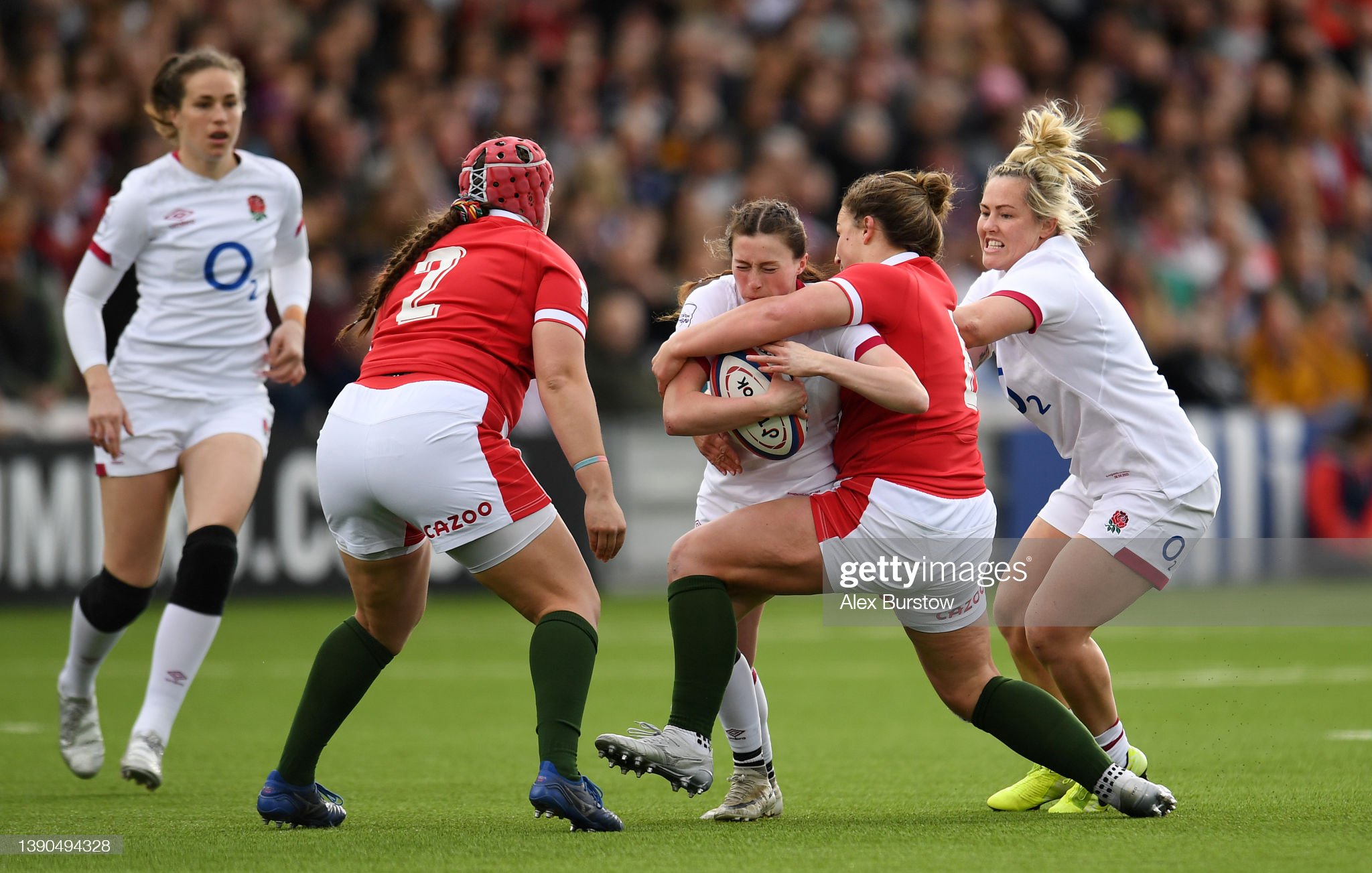 Wales head coach Ioan Cunningham believes his team’s game against England at Ashton Gate on Wednesday night is a vital building stage towards the World Cup.

The match is the last run-out for the squad ahead of the forthcoming tournament in New Zealand.

Cunningham will announce his squad for the competition next week and believes this is the perfect chance for some players to book a place on the plane.

“Following a big two months of preparation and a tough training and match week in Canada, this is exactly the kind of challenge we need ahead of our Rugby World Cup opener against Scotland in October,” he said.

Cunningham has made seven changes after the 31-3 defeat by Canada last month.

Gwenllian Pyrs, Carys Phillips and Cerys Hale form a new front row. Alisha Butchers and Alex Callender come into the back row, while Gwen Crabb joins Natalia John at lock and Niamh Terry gets a run out at full-back.

From White To Red, Red Rose To Three Feathers . . . Carys Williams-Morris To Make Second Test Debut, But This Time For Wales

Cunningham added: “England are the number one team in the world. We’ll be playing in front of a big crowd and giving some players opportunities to transfer their excellent work in training to a playing environment.

“It will be the last chance for some players to put their hands up for inclusion. We are discussing the squad daily and we aren’t far off, but there are probably still four or five places up for grabs.”

Cunningham is very clear about the areas that need improvement following the loss to Canada.

“We want to be better at the breakdown, we need to be more clinical and we need to finish off the scoring opportunities we create.

“We can take confidence from the way we started against England in the Six Nations and also from our own progress.

“We have made huge steps from a conditioning point of view but we need to see that in what will be a highly intense Test match. We need to back ourselves to get our own job right and show everyone what we are capable of.”