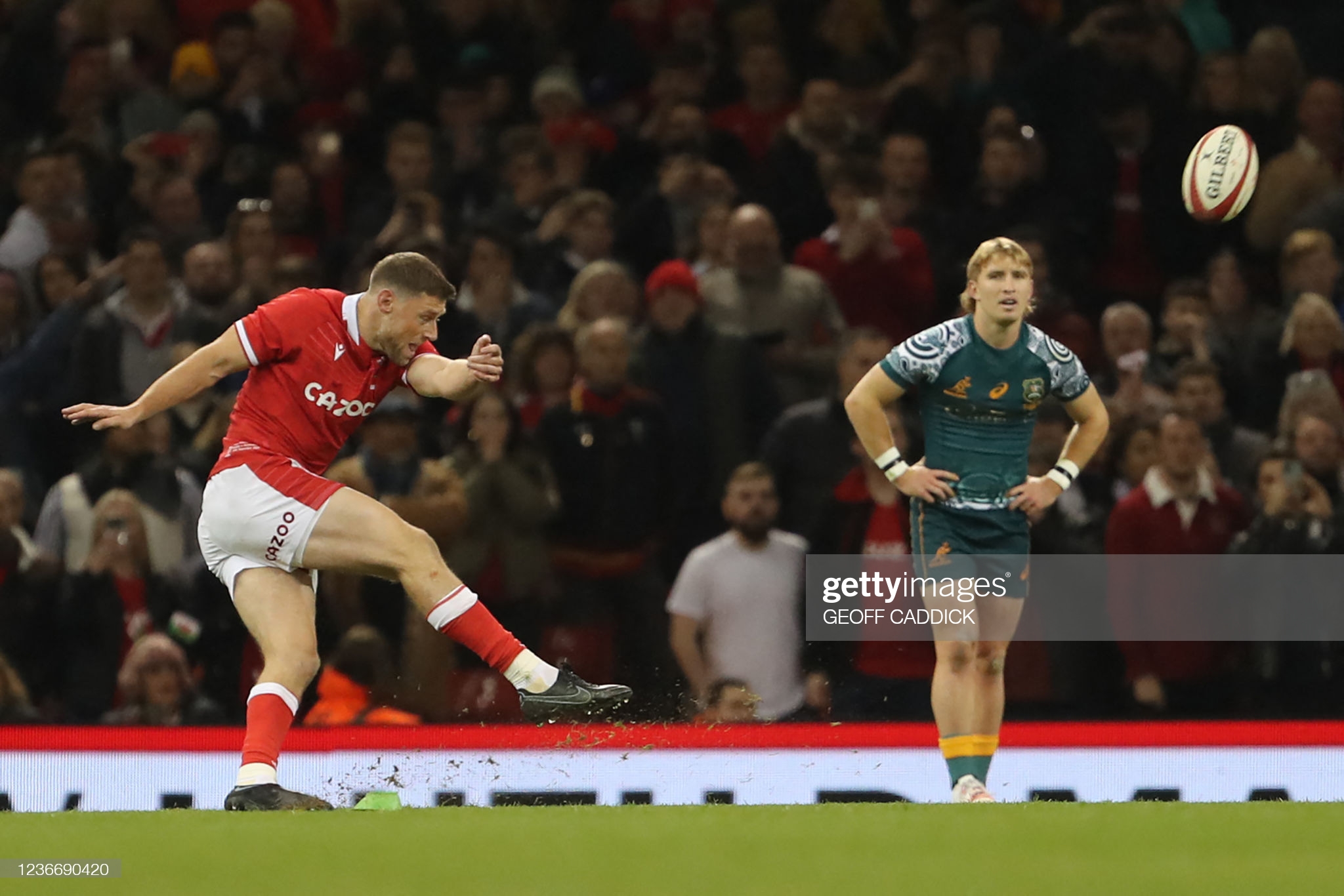 Pivac saw his team almost let a commanding lead slip against 14-man Australia but rallied to win 29-28 with a penalty after the hooter at the Principality Stadium on Saturday.

But fuming Wallabies coach Rennie has called for big match rugby officials to be held more accountable after being left convinced his men were robbed of a tour-ending Test triumph by “horrendous” decisions.

Rennie was left raging at insisted Australia would make their complaints clear in a report to World Rugby head of refereeing Joël Jutge.

He was particularly incensed by South African TMO Marius Jonker, who he believes played a major part in costing the Wallabies two potential victories on the tour against Scotland and now Wales.

Jonker was behind the sin-binning of Allan Alaalatoa for a swinging arm, thus ruling out Michael Hooper’s try in the Murrayfield match two weeks ago – a decision World Rugby subsequently apologised for as incorrect.

Against Wales, he also infuriated Rennie by ruling, after review, that centre Nick Tompkins wasn’t guilty of a deliberate knock-on, which allowed him to go on to score unchallenged.

“If we’re going to have a TMO, there’s no excuse for not getting the decision right, and we saw another example of that tonight,” insisted Rennie.

“Everyone’s accountable – or they should be. We’re accountable as players and coaches, and we’ve got to make sure officials are also accountable.

So, wondering out loud. Will @WorldRugby be consistent and charge Dave Rennie for his “horrendous” comments on the officiating? Or is the World Coach of the year nominee with less than 45% win rate immune to such action?
Will there be consistency? #Askingforafriend

“Marius’s decision a couple of weeks ago decided the game, and yet he was appointed again. There isn’t any accountability around guys who are making errors that are deciding Test matches. The reason the TMO was brought in to the game was to get the right decision.

“After the Scotland game, Marius’s decision to sin-bin Alaalatoa, we were told, was the wrong decision, it wasn’t a yellow card. These are big moments, and getting an apology during the week after is not good enough.”

Australia had number eight Rob Valetini red carded after 14 minutes and trailed by 10 points going into the final quarter.

They then led past the 80 minute mark before Rhys Priestland snatched a victory for Wales that Pivac felt should have been much more comfortable.

“It was a funny game. Stop-start with not a lot of rugby played in the first half, or that’s how it seemed. Getting ahead 23-13, we were feeling good,” said Pivac.

“Mistakes started to creep in. It was a game I felt we should have run away with, but we made it hard for ourselves. I was happy with the guys out there salvaging the game.”

Wales have a long list of injuries and end their autumn series with two wins and two defeats.

The silver lining for Pivac with so many regulars missing has been the chance to give to other players a run to stake a claim for a place in his Six Nations squad.

“Development has been forced on us and we’ve gone a bit deeper than we’d have liked to,” he said.

“That’s why it’s so pleasing to get the win with the side that finished the game. If you’d have asked me if we’d have done that before the autumn, I’d have thought you were joking.

“But guys like Ben Carter came on and called the lineout. Christ (Tshiunza) threw himself around. Taine Basham has started four games and played well.

“There’s so many good stories here. It sounds like I’m harping on about that, but the depth chart is looking better.”

Rennie venting his frustration so uncharacteristically was a sign of how hard it has been to oversee the first tour to Europe since 1976 in which the Wallabies didn’t win a match.

He clearly felt some of the 13 penalties they gave away were unfair, even if he had no complaints about the key decision – the red card for Valetini for a reckless head-to-head challenge in the tackle on lock Adam Beard.

“There’s a lot of decisions today that I’m not going into which I felt had a massive bearing on the game,” he added.

It all went down to the last kick of the game 🙌

Catch the highlights of that one NOW ⬇️ pic.twitter.com/Tx85tXzsoI

“I’m incredibly proud of our effort, it was massive. When you’re one short, and two short, you’ve got to do that.

“So, heaps of character, because we got put under the blow torch and the boys responded really well. I feel they deserved better.”

His fellow New Zealander, Pivac, had no truck with the idea that the Wallabies had been hard done to.

“I don’t think it [the Tompkins incident] is a knock-on personally,” said Pivac, agreeing with the interpretation that the ball had gone backwards. Nor did the referee, the TMO, the touch judges or anyone in our coaching box.”

Pivac suggested “the opposition have [given away a red card] and they need to have a look at that.”