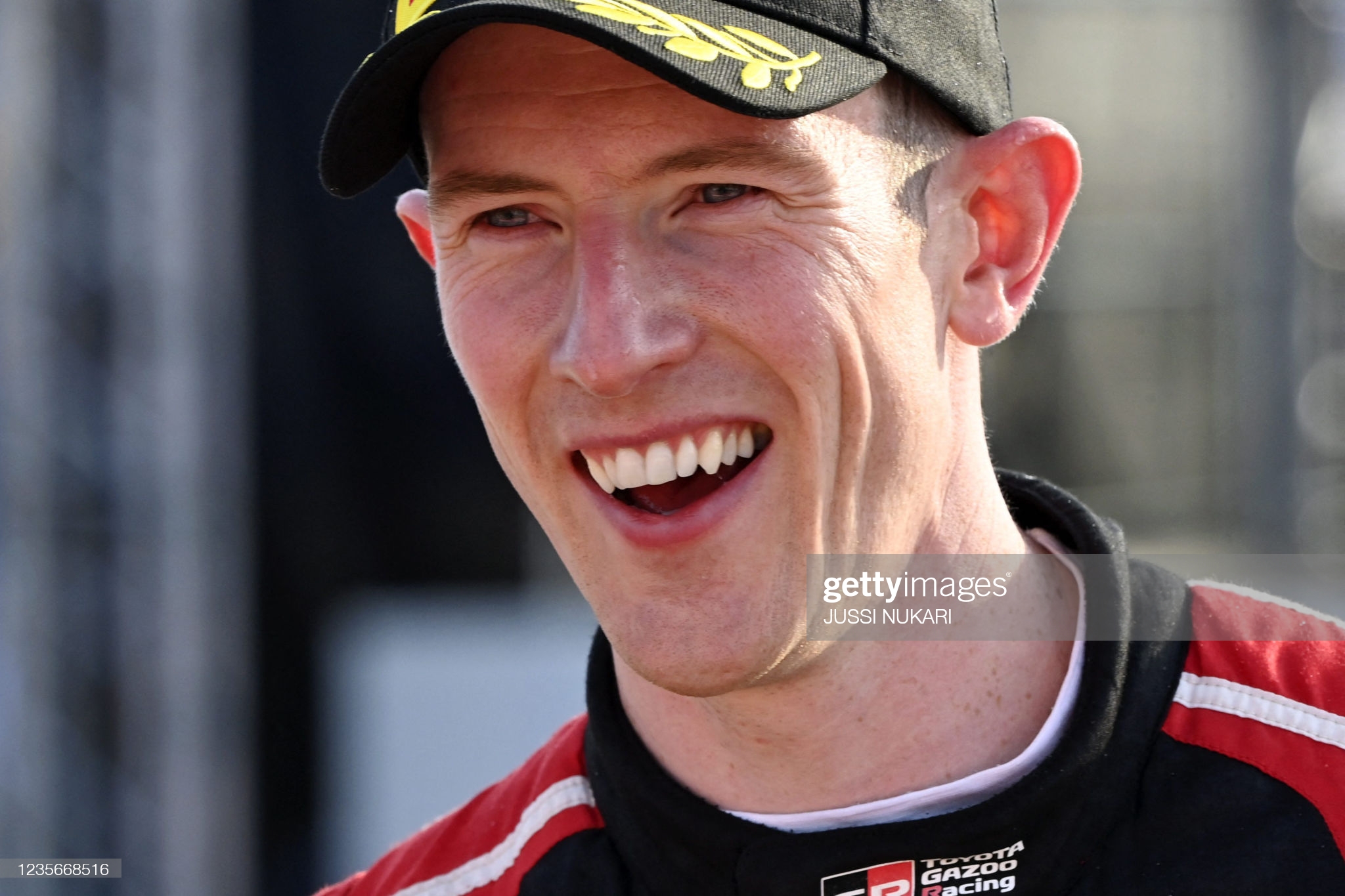 Welsh hopes of securing a World Rally Championship crown will either have skidded off the road this weekend or still be firmly on track. Elfyn Evans needs points from the Rally of Spain and for his great rival Sebastien Ogier to be denied, as Paul Evans reports.

Elfyn Evans is still capable of pulling off a minor miracle to become World Rally champion, according to Nicky Grist.

Evans, from Dollgellau, has it all to do as he heads for the start line in Spain for the Rally de España on 14-17 October.

The race – which is live online at S4C Clic on Sunday – represents the penultimate opportunity for Evans to try and close the gap on World Rally Championship leader Sebastien Ogier.

Former co-driver Grist, who won 21 WRC events with the likes of Juha Kankkunen and Colin McRae, has been impressed with Evans this year.

“Elfyn’s win on Rally Finland was, in my opinion, the best of his career so far on the world’s most technical and demanding stages,” says Grist.

“Add to that his last stage win on the power stage meant a big points haul to close the gap on Ogier.

“Elfyn will need some help to overtake him. Ogier has been here so many times before and he won’t be easy to beat.

“Elfyn has no option but to go for similar results as in Finland, but would need his team-mate to make a mistake along the way, or have other competitors get between him and the reigning champion.

“It’s not going to be easy, but Elfyn has all the tools to do the job.”

Frenchman Ogier – the seven-time world champion and Evans’ teammate – sits 24 points ahead of his Welsh rival, who is seeking a maiden championship title.

Evans arrives in Salou, the Catalan seaside resort where the rally is based, with not many backers predicting a huge turnaround.

If he did, it would certainly make up for the disappointment of last year when his title aspirations slid backwards into an icy Italian ditch.

Evans got off to a good start on the opening round this season and led the famous Monte Carlo Rally after the second leg.

Eventually, Toyota Gazoo Racing team-mate Ogier would surge past for the win, as Evans did not “feel confident enough to take the risk.”

Nobody could match Estonian Ott Tanak in the frozen forests of Lapland’s Arctic Rally Finland.

The Hyundai driver won most of the tests, while Ogier made an uncharacteristic mistake and finished out of the points. Evans, meanwhile, was only able to finish fifth.

Battle was re-joined in earnest in April at the relatively new Croatia Rally. Going into the event, Evans was tied with Ogier on points and was in the lead going into the final Power Stage.

Unfortunately, the Welshman was to run wide on the very last corner of the stage, losing the rally by just six tenths of a second to that man Ogier.

Evans was to make up for the Croatian disappointment by scoring a clear victory in Portugal.

In so doing, he climbed to second in the drivers’ championship, just two points behind Ogier.

But even though he was not expected to do so, Ogier ran out as a clear victor on the Italian island of Sardinia.

Evans was surprisingly off the pace early on but still managed the runner-up position to trail Ogier by 11 points after five rounds.

Evans was to have an early bath on the Safari Rally Kenya, as his African adventure ended just 300 metres from the end of the third stage.

He hit a rock partially hidden in the undergrowth, which destroyed the front wheel and suspension on the Toyota Yaris.

It was a definite setback to any championship aspirations.

With such a disappointment in Kenya, Evans really needed to pile on the pressure in Estonia but could not get to grips with the conditions.

He finished fifth, one place behind Ogier but, crucially, now 37 points behind in the championship chase.

In Belgium, while he finished one place ahead of his arch-rival, he was still a distant fourth overall and slipped a further point adrift of Ogier.

Evans faced significant problems in Greece and was unable to make any impact.

He had to nurse his Toyota through most of the Acropolis Rally opening day’s tests with gearbox issues and eventually finished sixth overall.

Ogier was third and strengthened his bid for his eighth WRC title.

In Finland, Evans responded in style, with the biggest win of his career to date over the superfast and specialised roads.

Although he came under intense pressure from Tanak and Craig Breen (both driving Hyundais), Evans maintained his composure and won the event by 14.1 seconds.

That fifth career win put a huge dent in Ogier’s lead, who had a subdued run and encountered technical issues on the final Power Stage.

“The win on Rally Finland was a great result for us,” says Evans.

“The drivers’ title is still a long shot for us but once more we’ll be giving our best in Spain and trying to get the best possible result there.

“The asphalt roads in Spain are really fantastic to drive, so I’m looking forward to competing on an all-asphalt event this time around.

“So far whenever I’ve driven the Yaris WRC on asphalt, the surface has usually been quite dirty or provided very low grip, so I’m excited to drive the higher-grip roads in Spain in this car.

“That said, at this time of year the weather is never guaranteed to be dry even in Spain.

“If it does rain, as we’ve seen in previous years, it can still be quite a tricky and demanding event.”

Watch the power stage of the Rally of Spain live online on S4C Clic, from 11am on Sunday. Follow @Ralio on Facebook, Twitter and Instagram for the latest rally updates, interviews and video podcasts from the team.

www.s4c.cymru/clic or download the app on iOS and Google Play, or BBC iPlayer on Sky.