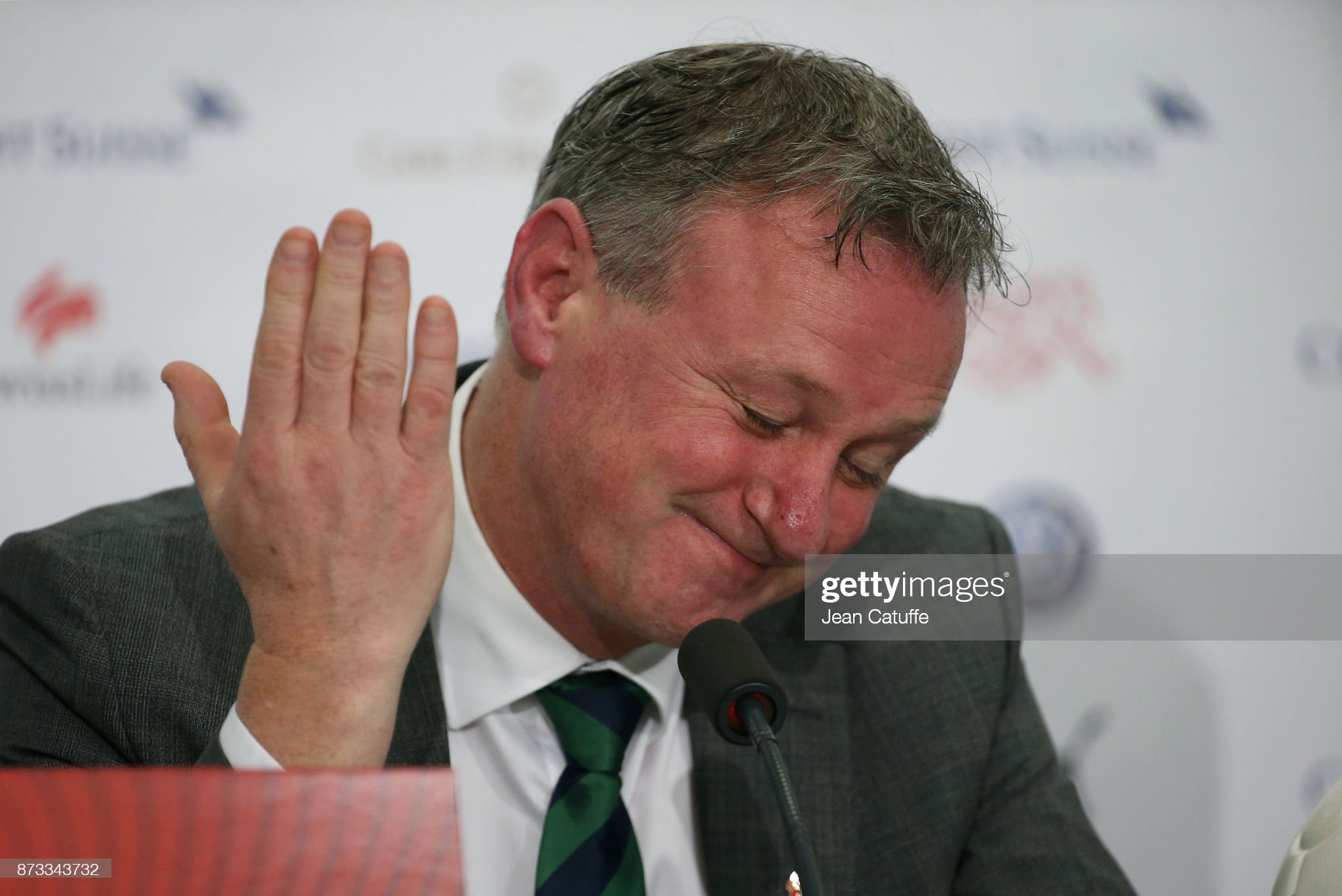 Wales have been backed to beat Austria on Thursday night by the manager who took his own nation to the threshold of the World Cup finals.

Former Northern Ireland boss Michael O’Neill reckons Wales can move to within one step of making it to Qatar – and their first World Cup finals appearance since 1958 – by winning their play-off semi-final at the Cardiff City Stadium, in a match that is live on S4C.

O’Neil believes the cards have all fallen in Wales’ favour, with a home tie, the apparent fitness of superstar pair Gareth Bale and Aaron Ramsey, and the delay in any play-off final until June because of the conflict in Ukraine.

If Wales win then they will play either Scotland or Ukraine – whose own semi-final has been postponed – in June.

Four-and-a-half years ago, O’Neill almost pulled off what would have been a remarkable achievement. He was within 90 minutes of leading Northern Ireland to their first World Cup finals for 32 years.

In the end, O’Neill – now in charge of Stoke City – just failed to negotiate his way past Switzerland in what was a two-legged play-off, rather than the one-off semi-final and then final faced by Wales.

Northern Ireland drew 0-0 in Basel in the second leg, but failed to go to Russia for the finals as they were squeezed out 1-0 on aggregate.

The home defeat, though, was hugely controversial as O’Neill’s men suffered from an awful penalty decision given against Corry Evans for a handball that never was.

O’Neil – who guided Northern Ireland to the European Championship finals in 2016 – says: “It’s an interesting game for Wales just because it is a one-off.

“We were in a World Cup play-off which was two legs against Switzerland and we ended up being very harshly beaten because of a very bad decision by the referee.

“But this is a one-off and I think the fact that they are at home will really help Wales.

“Austria are a team that I know quite well. We played against them in the Nations League.

“The big thing for Wales is that all their best players are available. Gareth Bale and Aaron Ramsey are obviously massive for Wales and they will be key.

“Put simply, you need your big players in these big games.”

Austria, too, have their own talismanic figures they hope will come good and deliver the golden ticket on Thursday.

Best known amongst those is their former West Ham and Stoke striker Marko Arnautovic, who scored five goals in four World Cup qualifiers earlier this season in matches against Moldova and Israel.

Arnautovic has also scored 11 times this season in Italy’s Serie A for Bologna and O’Neill adds: “The other important thing for Wales will be to keep Austria’s key player – Arnautovic quiet.

“He is a big threat and was just that when we played Austria back in November 2020.”

That Nations League game was won by the Austrians, 1-0 – the same scoreline they had managed when they won in Belfast a month earlier.

But their away missions in their World Cup qualifying campaign were much less impressive. They lost in Denmark, and Israel, drew in Scotland, but also lost to the Scots at home.

In fact, the Austrians only finished fourth in Group F and only went through to the play-offs thanks to their Nations League efforts.

It’s that perceived weakness away from home that makes O’Neill – whose Northern Irish side ended up losing 1-0 to Wales in the last 16 at Euro 2016 in France – lean towards Wales as the likely winners on Thursday night.

“It’s going to be a very difficult tie, but when you have home support, like Wales have, then that could be crucial.

“I think they drew in Scotland and elsewhere, so I think Wales have everything to play for and should feel confident.

“The fact that the final is not going to be played straight off the back of this game has possibly worked in their favour. They can now just throw everything into this first game.”