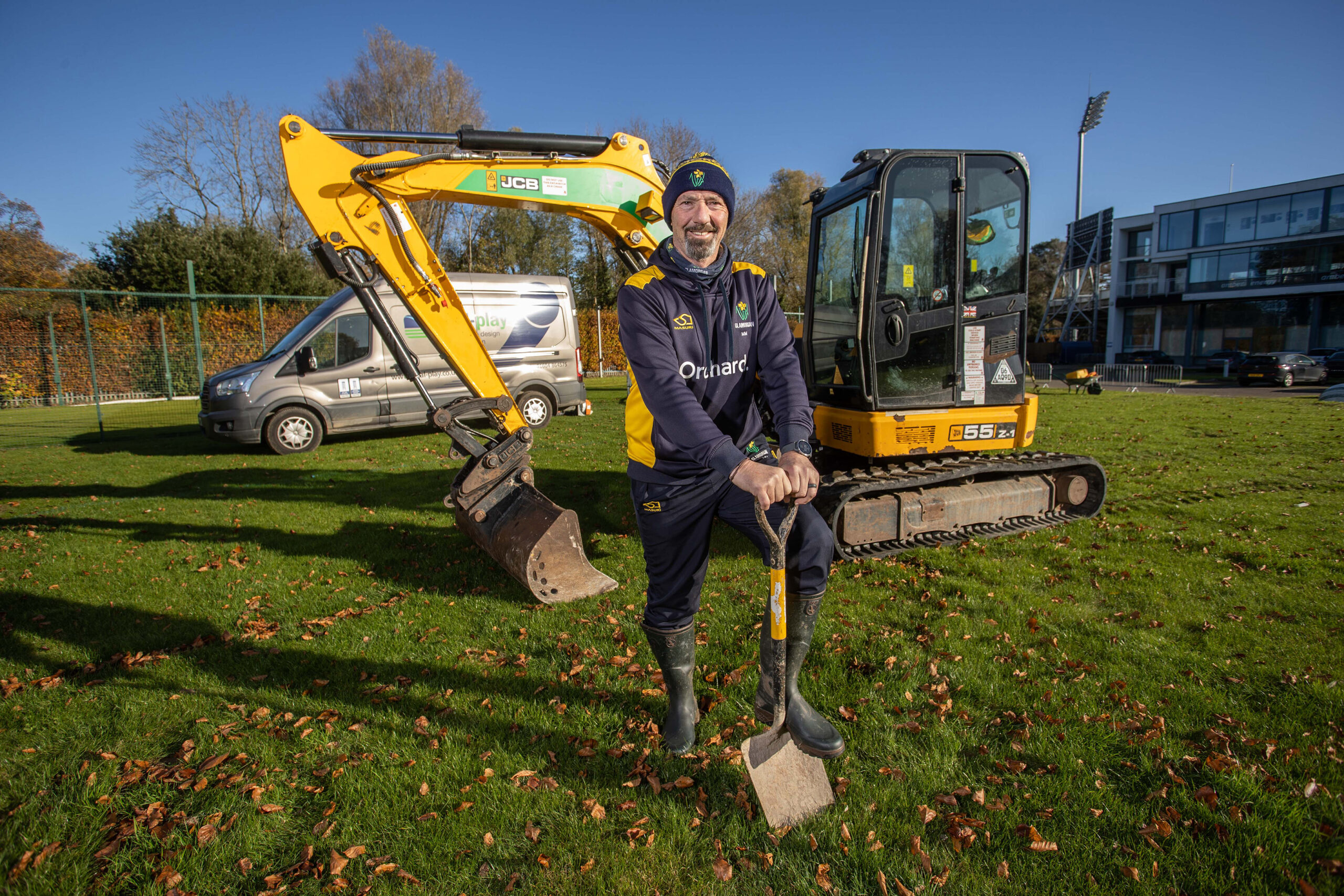 Work is underway on the new children’s net area on the back lawn at Glamorgan’s Sophia Gardens.

Head coach Matt Maynard marked the start of work by putting the first spade in the ground.

Dedicated to Tom Maynard, the four-lane net is being built using the money raised through the Wellyman Walking challenge – a fundraising challenge undertaken by Matt in October for The Tom Maynard Trust.

After signalling the start of work, Matt Maynard said: “Since the ground was redeveloped, we’ve lost an area where children can play and practise their skills during matches.

“As the Wellyman Walking challenge was the final major fundraising event for the Trust we thought it would be nice to leave a legacy in place for The Trust and Tom.

“The club very kindly agreed we could go ahead with the work and share this project with them.

“We’re delighted the money raised from the walk exceeded the £20,000 we required for the project to go ahead, and we can get a facility in place at Sophia Gardens dedicated to Tom that children and families can enjoy.”

Meanwhile, Overseas signings Marnus Labuschagne and Michael Neser have been named in the Australia 15-man squad for the first two matches of the Vodafone Men’s Ashes series against England.

The pair are contracted to Glamorgan for the 2022 season and will warm-up for next summer by facing England during the winter.

Labuschagne played for the Welsh county in the 2019 and 2021 county seasons.

After a stellar 2019 season for Glamorgan, he was famously called up to the Ashes series when he replaced Steve Smith on day five of the second Test, after Smith suffered a concussion on the previous day. He became the first player to be a concussion substitute in a Test match.

Neser has yet to earn a Baggy Green but has featured in previous Australian squads.

He was an instant hit for Glamorgan during his first year with the club this summer, taking 23 wickets in just five matches at an average under 17.