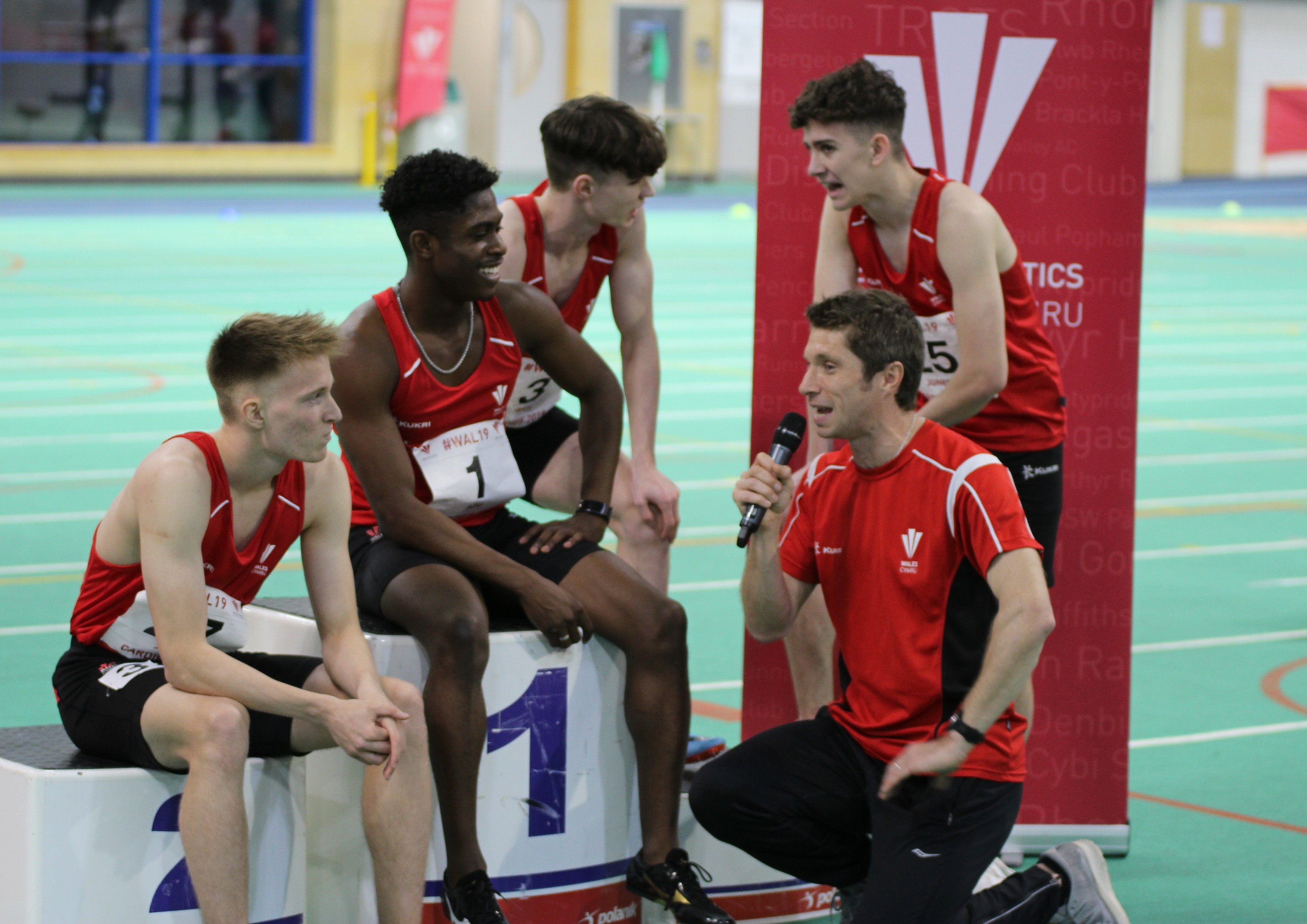 As he sat down to watch a Muppet’s Christmas Carol with his wife and kids, James Thie found the inspiration needed to write his academic paper on sports coaching.

The paper gave the Welsh running coach a chance to reflect on his career by confronting his own ghosts of coaching past, present, and future.

“Inspiration comes in all shapes and sizes,” says Thie.

“I was sat at home with my kids, and we were watching a Muppet’s Christmas Carol.” And I thought, ‘why don’t I try and write it so that it’s the ghost of my coaching past?’”

If someone had to choose a Muppet that represented Thie’s career, it would have to be Animal.

The monster’s non-stop movement and enthusiasm is reminiscent of Thie’s frantic lifestyle.

From studying a doctorate in Sports Coaching, to directing the Cardiff Met Athletics team, and even hosting weekly circuits on YouTube, the 43-year-old has a lot on his plate.

Despite juggling all these things at once, he has set his sights on coaching one of his talented athletes at an Olympic Games.

Thie has lived and breathed long distance running for the past 30 years.

Starting as an athlete, he competed for Wales and Great Britain at international competitions such as the World Championships and Commonwealth Games.

“I was very lucky as a young child going through secondary school to have opportunities to play all sports” says Thie.

“I found that running suited my personality, so I went down that route.”

It was at university, however, where the Welsh runner would get his first taste of coaching.

After spending 18 months under the mentorship of coach Mark Rowland, he decided to coach himself.

This is when a young Thie learnt the basic coaching practices that he would carry into his later life.

As his professional running career began to slow down, he moved into coaching athletics in 2007. Since then, he has coached athletes in distances ranging from 400 metres to marathons.

Thie says, “Coaching is amazing. The emotions when it goes well are far better than when I ran well as an athlete myself.”

Whilst his athletes have been successful on an elite level, he is yet to coach an Olympic athlete. It’s unticked box he is eager to change in Paris.

Thie mentioned that he has “coached a Paralympic athlete and had athletes that have got very close to the Olympics” but has missed out so far.

“As an athlete, I could put my hand out and look at my fingertips, and that’s how close I got to making the Olympic Games in 2004.@

So as a coach, he wants to reach that next step.

A few athletes coached by Thie have the potential to reach the Olympics, but the standout prospect is 23-year-old Jake Smith.

The young distance runner has been studying at Cardiff Met for three years -making him eligible to run for Wales- but recently decided to switch his allegiance back to England.

When asked about Smith, his coach describes him as “a fascinating athlete to coach, an absolute joy”.

“He can sometimes tear your hair out, but I’ve got a good set of hair at the moment.”

Last year, Smith shocked the running world by winning the Cheshire Elite Marathon at the first time of asking.

‘The whole world loves a maverick and the whole world wants the maverick to achieve something nobler than simple rebellion.’
Try coaching a maverick@JakeSmith_run from pacing to 25k to winning @RunningCheshire marathon 2:10.58 & off a 19m LR,no drinks,1 gel & 3:50 1500PB Weds!🤯 pic.twitter.com/YgfVzaHACJ

He was meant to set the pace and then drop out at the 17 mile point, but Smith felt good enough to reach the finish line.

Bizarre incidents like this have led to Thie labelling him as “a bit of a maverick”.

Though Thie encourages the maverick lifestyle in athletes like Smith, he understands the need to hold back at points.

“You do have to hold him back sometimes” he explains. “There are training principles that you have to do, and that’s part of the challenge.”

But there is no denying the talents of the young star.

After his impressive performances, the Cardiff Met coach believes that Smith “is the guy that has the marathon future of the UK on his shoulders.”

Whilst Thie is still waiting to take one of his athletes to the Olympics, his work at Cardiff impressed Team GB so much that they selected him as a team coach for Tokyo 2020.

“It’s great to be in that environment and absorb it” adds Thie. “There’s so much to learn as a coach and I’m still learning.”

The Tokyo Olympics were far from representative of a traditional Games, but Thie still felt privileged to attend.

Lovely seeing how excited my kids are for me heading to Japan🇯🇵for Team GB🇬🇧Coaching is only possible with a supportive family🙏Plus thanks to all those positive influences over the years from teachers, coaches, colleagues & especially athletes- as can’t be a coach without them! pic.twitter.com/d4gQbdmm4G

The experience inspired him to work harder in Cardiff so that he can attend future Olympic Games.

Cardiff has acted as the central hub for Thie’s career.

Alongside coaching and competing, he has completed a bachelor’s and master’s degree in the Welsh capital and is currently studying a doctorate in Sports Coaching at Cardiff Met University.

In a conversation with Cardiff Met Sport TV, the Director of Athletics discussed the importance of the CF23 6XD post code to Welsh sport.

“Success breeds success. You look over, and what you see is positive environments and engaged athletes.”

Inspired by coaches like Christian Edwards and Danny Milton, Thie has created an environment that promotes “a collective group with individual goals”. It’s a strategy that has provided great success.

“That’s why it’s so special that people are drawn here” suggests Thie. “Those numbers you see on a Tuesday, people are driving 50 or 60 miles to come to our training sessions, and Alumni want to still be there.”

He hopes that the success of his group at Cardiff Met continues.

Continued success will not only help his runners, but also his chances of coaching in the 2024 Olympics.

It’s still uncertain if Thie will get his ticket to Paris. But one thing is for sure, he will be keeping himself busy in the meantime.