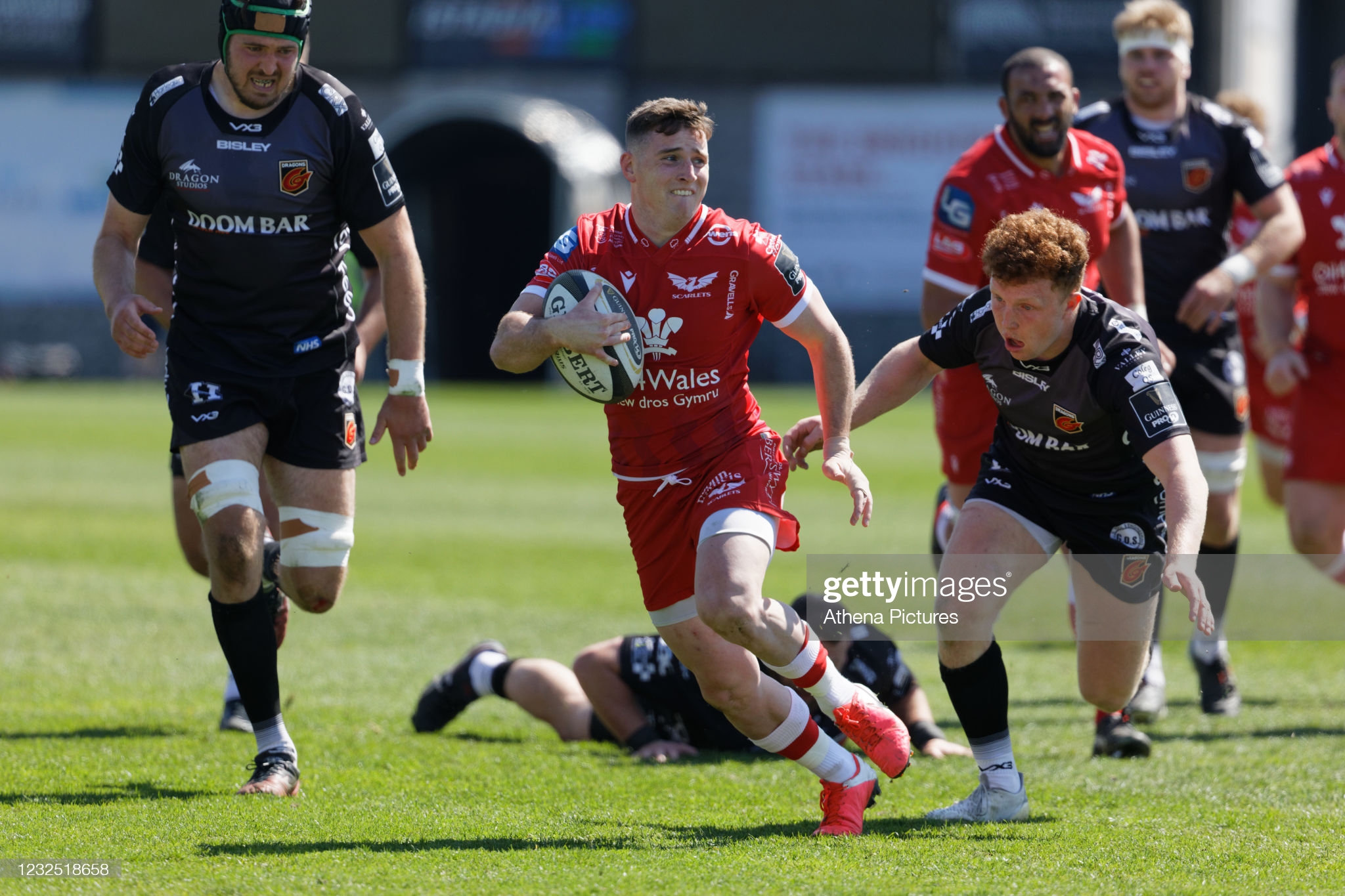 Dane Blacker of the Scarlets runs in to score against the Dragons. Pic: Getty Images.

Scarlets scrum-half Dane Blacker has been tipped to make his Wales debut this summer.

The Pontypridd product is the Scarlets’ top try scorer this season and has made a major impression in Llanelli despite competing with current internationals Gareth Davies and Kieran Hardy for a place in the side.

“When he’s played our attack has flown very well. His speed to the ball is better than anyone’s and he’s learnt to manage a game.

“His kicking game has also become excellent. He’s pushing a Welsh international and a British & Irish Lion week in week out for selection.

“I’m chuffed for him and he’s another one potentially on the radar. Dane has had the ability to progress. All our scrum-halves bring similar strengths.

“They are all super fit, bring a threat to the line and Dane’s been fortunate here he’s had the shirt more than the other two because of how long a season it’s been with international rugby.”

He said: “Jac Morgan has all the potential in the world to go as far as he wants in the game.

“With Tom you look at his stature, you look at the effort he puts in daily and that’s the stuff that really counts for youngsters.

“Their talent gets them through the door but it’s the effort they put in and their work rate which keeps them here.

“Just look at his body transformation in the last 12-13 months. He’s lost five per cent body fat, he’s latched onto people like Sanjay (Liam Williams) who has mentored him.”

The Scarlets have given new contracts to six homegrown players for the 2021-22 season.

Scarlets general manager Jon Daniels said: “We have a proud record here at the Scarlets of bringing through home-grown talent, many of whom have gone on to win international honours with Wales and the Lions.

“These six boys started out playing mini and junior rugby for our grassroots clubs, have come through the age-grade pathway at the Scarlets, represented Wales at U18s and U20s level and are now making their mark in our senior team.

“We have always put a huge emphasis on developing our own and we are looking forward to seeing how Jac, Ioan, Joe, Dom, Iestyn and Kemsley progress in their professional careers.”