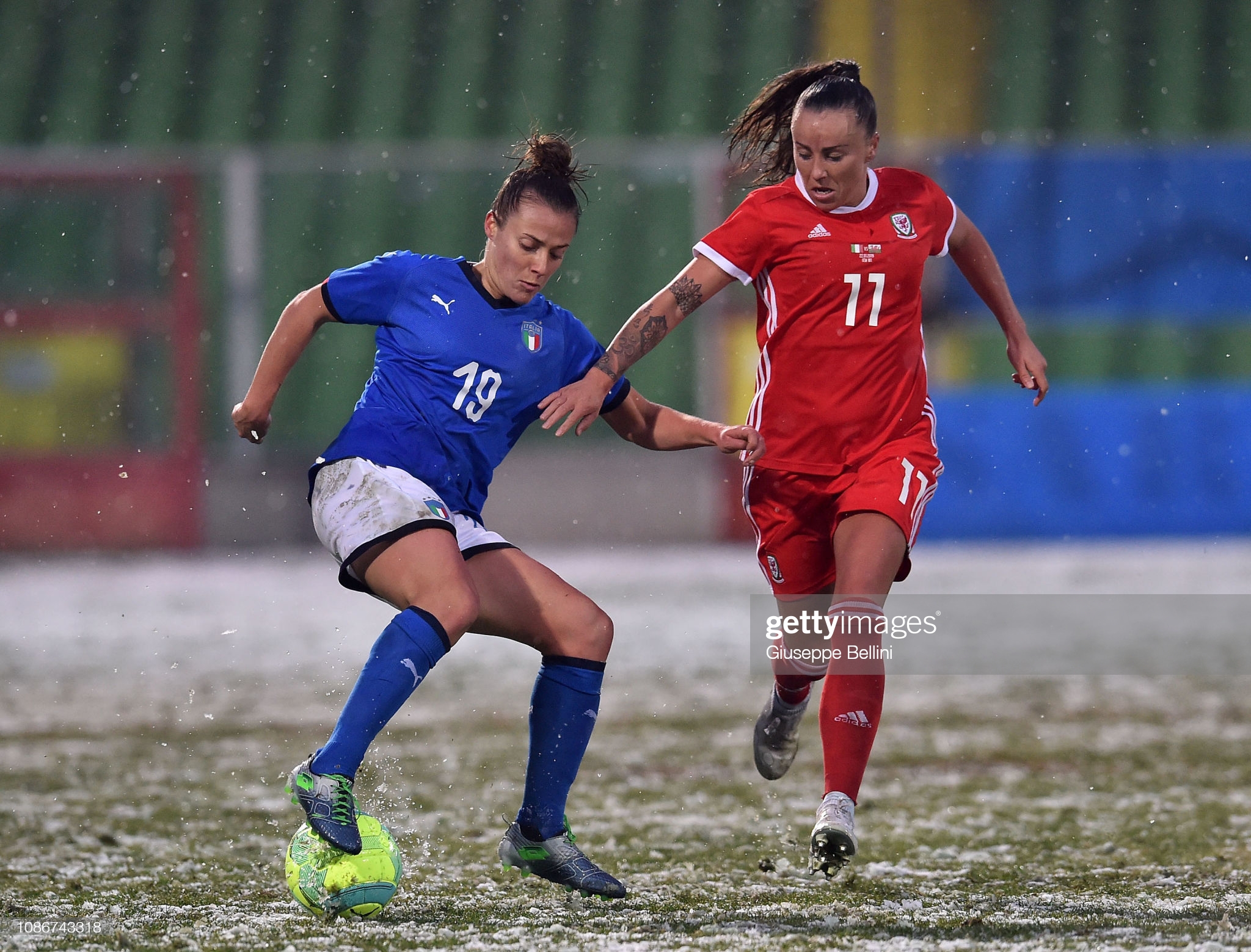 Wales fans are hoping for success at the re-scheduled European Championships later this year, but before then there is another head-to-head. FIFA has an empty seat at the table and there’s a Welsh woman with a formidable background who wants to claim it as a step towards change as Graham Thomas reports.

Welsh football may be weighed down with uncertainty at present, but one opportunity close to hand is a chance to get a place around the most powerful table in the sport.

Laura McAllister – a former Wales international as well as ex-chair of Sport Wales – is standing for election to the FIFA council and intends to use that platform to further transform the women’s game in both Wales and around the world.

The election for UEFA’s designated female representative is in April, when all 55 member associations will choose between McAllister and the current holder of that seat, the Italian Evelina Christillin.

Most battles against Italy on the football field would pit Wales as the underdogs and this one for a place inside Zurich’s glass-plated hub of global football is no exception.

But the Professor of politics at Cardiff University knows how to run an election campaign and is happy to have herself positioned as the football candidate, the ex-player who wants to improve playing, coaching, refereeing and administration roles for women throughout the world game.

As in many countries, Welsh football has seen a boom in female participation with a 50 per cent rise in playing numbers in the past five years.

But any simple examination of the figures in other areas of football involvement don’t show the same growth.

Welsh girls and women play more, but they don’t officiate or run the game in anywhere near the same numbers – meaning the power for further change has generally stayed with men.

“It’s something that we’re fully aware of, and we want to remedy or at least improve fairly rapidly,” says McAllister, who captained her country and played for both Millwall and Cardiff City.

“Coaching in the women’s game in Germany is more advanced than here, and possibly in the Netherlands and England, but the pattern is very partial.

“There was a big growth in girls football off the back of the 2016 Euros, based on an investment in the pathway before that tournament, but the problem is that it isn’t replicated in coaching, or refereeing, and certainly not in the governance of the game. We don’t look any better than any other country in that regard.

“It’s incumbent on us to hold our hands up as well, and say, we’ve got work to do, everywhere in the game.”

For McAllister the issues blocking girls and women from moving into these roles are societal, cultural and economic. Those barriers in themselves then leave an absence of what she calls an “ecosystem” of women doing things other than just playing.

Women, she says, have less leisure time than men, more caring responsibilities and even those who clear those hoops may find the abuse dished out to women refs just isn’t worth the hassle.

“We need to change attitudes to referees and address the other barriers, but the glimmer of hope and solid optimism for us at the moment is in coaching.

“Now that we have better established women’s clubs, with girls’ sections, then the female coaches are starting to come through. And not only in women’s clubs. Canton Libs, in Cardiff, where my own daughter plays, has a really strong girls and women’s development structure.”

The hope is, she says, that when girls come to the end of their playing days, they will be encouraged to think about coaching – a growing army of Jayne Ludlows to bring through the next generation of Jess Fishlocks and Sophie Ingles.

Only from growing that pool of women coaches and officials can the women’s game sustain the current growth and then Welsh football might be able to address other targets – such as how to raise the standards of the Welsh Women’s Premier League sufficiently so that some of those home-based players get into Ludlow’s national squad.

Some have worried that the rapid growth of England’s Women’s Super League is following the same trajectory as that of the men’s Premier League – the bright, shiny commercial success but also a growing beast that always needs more feeding, gobbling up all the money and resources at the expense of the grass roots.

McAllister says she recognises that danger for the women’s game but insists that the WSL has been a fantastic vehicle for the projection and development of Welsh talent at clubs like Reading, where five Welsh players – including Fishlock and Natasha Harding – are now based.

“That worry is always something to keep on the radar,” she says. “We need competitive, high quality domestic leagues and I’m not going to knock the WSL for a moment. It presents a fantastic nearby opportunity for our players.

“But the issue of connectivity with the grass roots is vital. We are doing some great things in Wales with the Huddle programme and other schemes, but there’s much more to do and resources stop us rolling out those plans as quickly as we’d like.”

McAllister already has the backing of all four of the British football associations for her election bid and her platform for expanding the women’s game in every sphere is sure to find broader support in the four months ahead.

I’m delighted & honoured to be a candidate for this election to represent @UEFAcom on @FIFAcom. As a former @Cymru international & someone whose life has been shaped by football, I will work tirelessly for all in the game & for every nation. https://t.co/7fEgbVn4Bv

Wales famously beat Italy in 2002 in a Euro qualifier when Craig Bellamy scored the winner. Could another former Bluebird win again in 2021?

Don’t bet against it.

One thought on “It’s Wales v Italy . . . As Laura McAllister Steps Up Campaign For FIFA Seat”