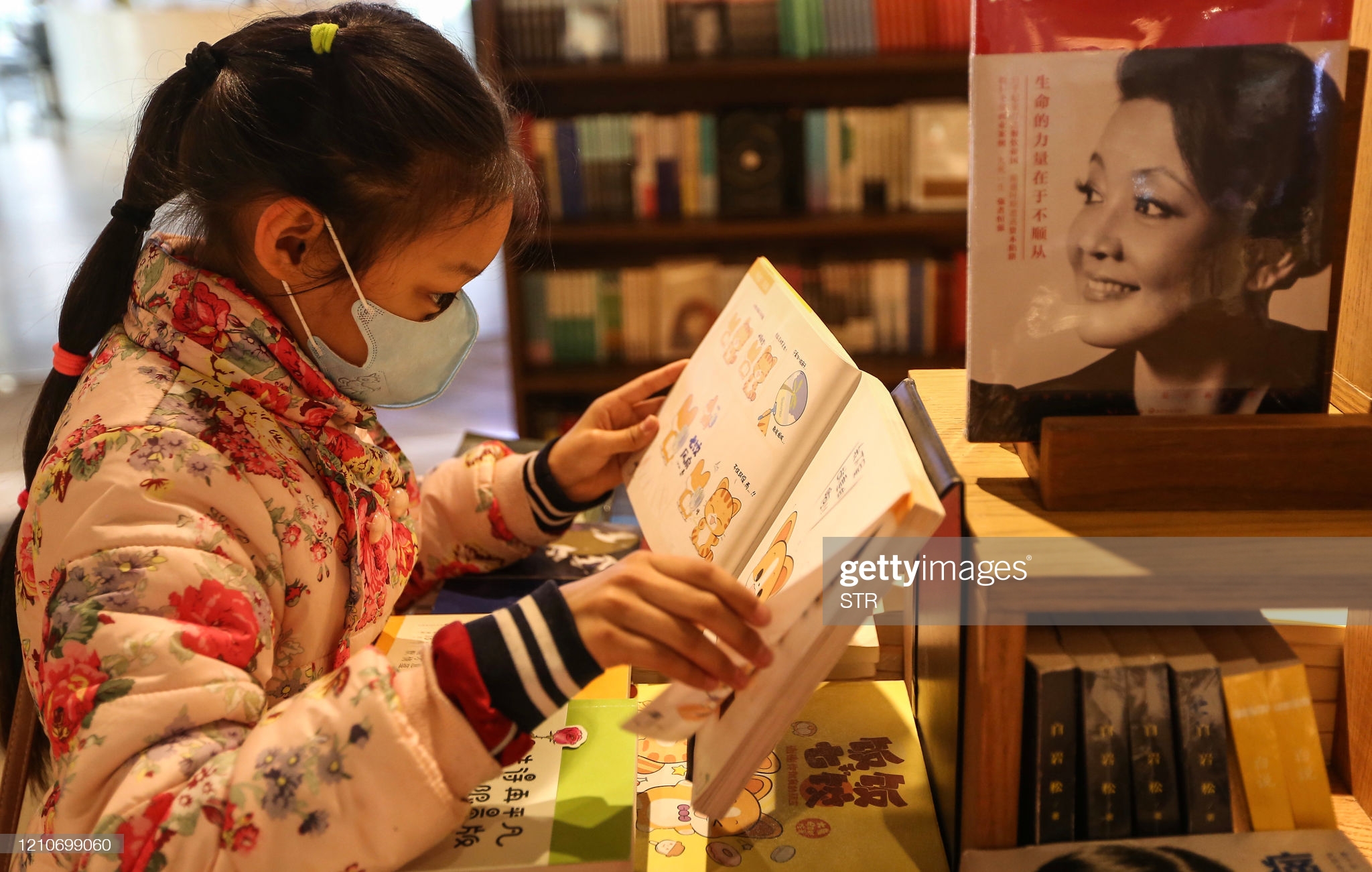 A girl reads a book at a book store during World Book Day in Shenyang in China's northeastern Liaoning province on April 23, 2020. Pic: Getty Images.

Some things cannot be shifted by a mere pandemic and one of them is World Book Day, on Thursday March 4. The global celebration of reading goes on, with the value of a good book seeming more important than ever over the past 12 months. To mark the day, what better way than to suggest some favourite sports books – old and new – as chosen by sports journalists based in Wales.

If I had to choose one sports book, it would be The Sweet Science by A J Liebling. Tony Liebling, known as AJ, produced this wonderfully evocative account of boxing in the days of Sugar Ray Robinson and Rocky Marciano. From a Welsh perspective, there’s even an honourable mention for Tommy Farr.

The stories are spun around the big fights of the time. The late, great Hugh McIlvanney told me he thought Tony Liebling was the best writer in the business, so that’s quite a recommendation.

Another favourite of mine is Kevin Mitchell’s Jacob’s beach: The Mob, the Garden and the Golden Age of Boxing. I read it one year while I was holiday and it was so good I rang Kevin up to tell him so while I was laying in the sun.

Another wonderful book is The Silent Season of a Hero by another great American writer, Gay Talese. It’s real, fly-on-the-wall journalism about the legendary Joe DiMaggio – terrific stuff.

Why boxing books? I think it’s because boxers, along with national hunt jockeys, are the most courageous sports people, so their stories feel so raw.

I enjoyed Lance Armstrong’s It’s Not About The Bike. But, of course, we all know now what it was about, so he’s off the list.

So, I’d have to recommend Proud: My Autobiography by Gareth Thomas and Michael Calvin, because there is much personal truth in it, and for the same reason, Andre Agassi’s brilliant autobiography, Open.

With both of them, you get to the crux of who they are – the good and the bad. You feel as if you are getting to the real person, not just the public personality.

As a sports fan growing up and now a sports journalist, I’ve read sports autobiographies from a young age and always been fascinated by the individual personalities of sports stars.

What makes them tick? Who are they away from the pitch?

Two that felt very powerful are A Life Too Short: The Tragedy of Robert Enke by Ronald Reng and Beware of the Dog by Brian Moore.

Both books deal with tragic issues, but are brilliantly written and give you a remarkable insight into the person at the centre of the story.

Enemy Number One sees professional horse racing gambler Patrick Veitch tell his story of how he took down the bookmakers after being caught up in crime. That’s another fascinating read.

More recently during lockdown, I’ve enjoyed several rugby autobiographies. Paul O’Connell’s The Battle was about far more than rugby, while Dylan Hartley’s The Hurt was in the same category.

Put simply, the best sports book I have ever read is Open – Andre Agassi’s incredible autobiography.

It was probably ahead of its time. As a tennis fan, and as a parent, it is just a brilliant read and gives you insight into how and why he became a global superstar.

It’s all there – the role of his father and his many celebrity friends (and girlfriends) before he found happiness with one of the greatest female tennis players of all time, Steffi Graf.  It’s insightful, honest, and as the title suggests, ‘Open’.

I also loved John McEnroe’s Serious, too. It’s all there – his relationships, his children, his art collection. I cheekily got him to sign a hardback copy a few years back at Wimbledon.

He wrote a very nice message. In my defence, that’s the only autograph I’ve ever asked for in my job! And I had worked with him for 11 years before plucking up the courage.

I would start by going back a long way – to 1981 and Chris Bonnington’s Quest for Adventure.

It’s a brilliant book about the impulse that drives people to the most incredible adventures. There’s just something about mountaineering stories that makes them so gripping.

If you want rugby, there’s only one place to start for a Wales fan – Fields of Praise: The Official History of the Welsh Rugby Union, 1881-1981.

Written by Gareth Williams and Dai Smith, it doesn’t just eulogise the great players, it puts everything into context. It puts Welsh rugby in its social and historical framework and you can almost read it as a novel.

If you like rugby stories from the field of play, then try Mud in Your Eye by Chris Laidlaw, the former New Zealand scrum-half, who went to play in France. It’s full of great, colourful stories.

A few years ago, I read Kenton Cool’s One Man’s Everest, an account of mountaineering that is just a fascinating journey of resilience and overcoming huge challenges to follow your passion in some of the most testing conditions on earth.

He’s an amazing mountaineer who was as the first person to climb the Everest three peaks and this book is well worth a read even if you’re not into mountains!

If you like football – as I do – then one of the best player’s books is Steven Gerrard – My Autobiography.

This is just a great insight into the mindset of a winner, his upbringing, and what Liverpool means to him.

He sustained a horrible injury when very young but the details of how he saved his football career makes it a real page-turner as well as an enjoyable dip behind the scenes.

There is just something about boxing that attracts great writers, especially great American writers.

So, if you take Muhammad Ali’s life and ask a writer as good as David Remnick to quantify it, you get King of the World, as dramatic and detailed as anything you could wish for.

Michael Lewis’s Moneyball is still the classic when it comes to gaining an understanding of modern sport and whether science has replaced wisdom, while anyone looking for a great Welsh tale that deserves to be a Hollywood movie should check out Lost In France, the story of goalkeeper Leigh Richmond Roose, by Spencer Vignes.

Talking of films, if you’re a sucker for Escape To Victory – with Sylvester Stallone and Michael Caine and their famous, but fictional, football match against the Nazis – then read Dynamo by Andy Dougan, about the heroic Dynamo Kiev team of 1942.