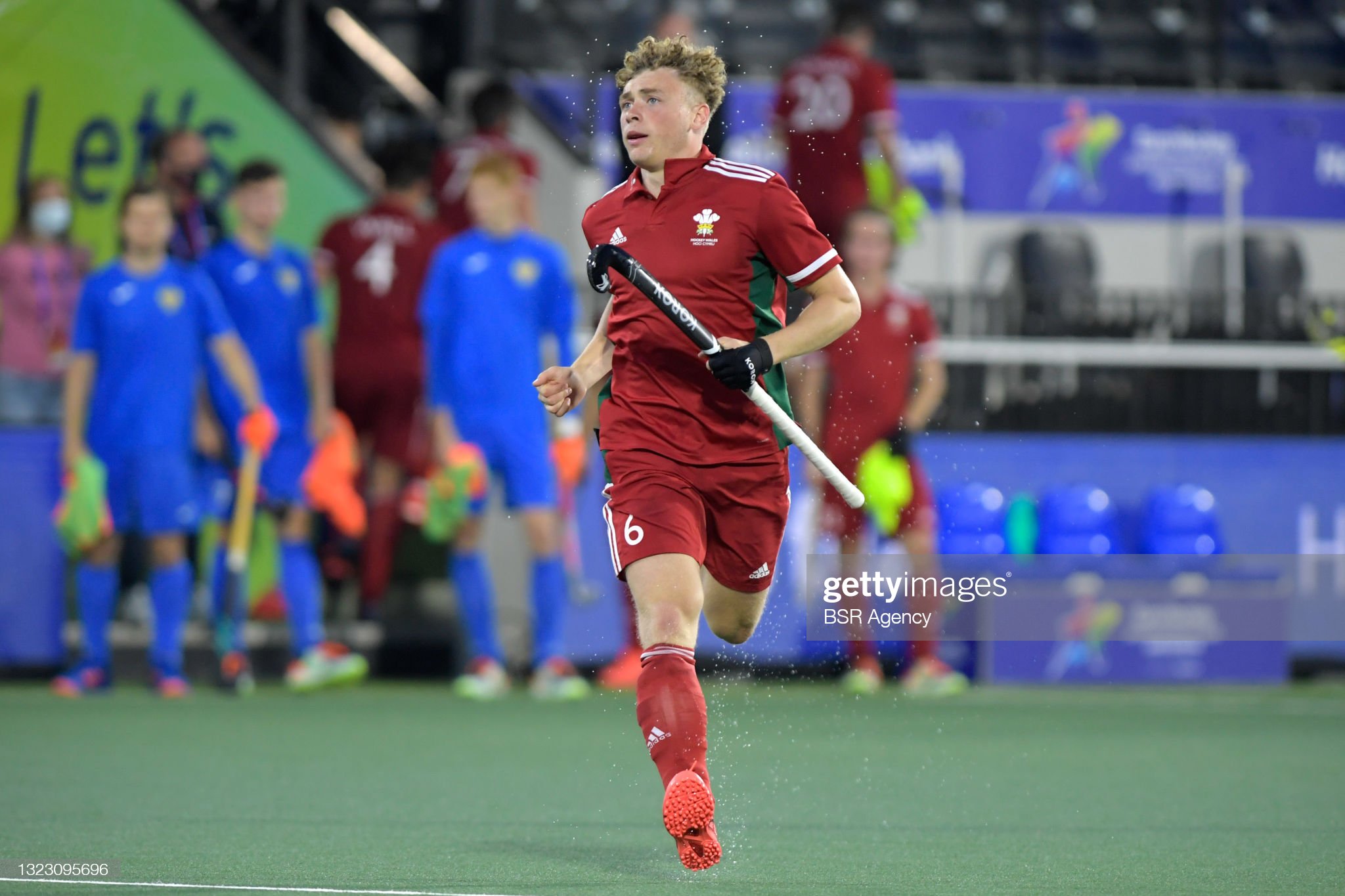 Jacob Draper was once on the conveyor belt to becoming a professional footballer, but has no regrets he switched to hockey.

The Wales and Great Britain international was good enough with the larger round ball to be part of Cardiff City’s academy programme from the age of seven.

He did six years alongside a tiny handful who eventually made it into the professional ranks, but would not change a thing as he follows his Commonwealth Games efforts with steering Wales towards next year’s Euro Hockey Championships in Germany.

The switch in sports came when Draper was 13 and Cardiff’s coaches told him his growing interest in hockey had placed him at a crossroads.

“They found out I was playing hockey and they weren’t too impressed,” says Draper, who was part of the GB squad at last year’s Tokyo Olympics.

“Even at the age of 13, in football you are contracted and you can’t do other things in case you get injured. Playing hockey comes with some risks attached and they were not happy.

“They basically suggested I make a choice between the sports and I chose hockey.”

Their first game is in less than 2hours vs Switzerland. Tune in to watch at https://t.co/Dx5R75Aej7#eurohockey #hampsteadheroes pic.twitter.com/4FMKVjUKjo

It was a choice that possibly surprised the football club and its officials.

Draper grew up in Cwmbran, had attended a state school, and had no family background in hockey.

But he enjoyed the sport when he was introduced to it at school by an enthusiastic teacher – after a mate said the hockey team were short of players – and was soon rapidly improving at Gwent Hockey Club.

Initially, he admits, he gave it a try because it “looked like football with a stick” and says: “I played hockey as if I was playing football.”

Later, the subtleties and skills of his new game became obvious and his talent blossomed further at Monmouth Comprehensive School.

Draper had shown ability at badminton and squash – and enjoyed both as well as football – but there was something about hockey that hooked him in.

“Football is incredibly competitive so that even boys who were the best in their districts, the best among thousands of other boys, never really make it.

“When you’re a child you gravitate to what you enjoy. You have no other motive at the age of 12 or 13.”

Ever since I can remember all I’ve wanted is to compete at the Olympic Games. I can finally say now it’s a privilege to be selected to represent Team GB at the upcoming Tokyo Olympic Games. pic.twitter.com/aXGBE0kOXG

Word spread about the talented latecomer to the sport and he was offered a scholarship to go to a private school in England, Rossall School, near Blackpool.

“School hockey is very well funded in England,” says Draper. “I couldn’t really turn it down.

“My parents were both from a working class background and had never been to a private school. It was a great opportunity and I felt I couldn’t say no.”

So, could Draper have made it to the elite of the game as an international player – a status that has enabled him to become an Olympian and travel the world, including a recent season playing in the crack Belgian league – if he had remained in the state school system in Wales?

He admits: “This is debated quite a lot in hockey, the reliance on the private school system.

“It was easier for me to make it because I went away and played in an English private school which had unbelievable facilities.

“I had access to the best facilities, the best pitches, and the best players.

“The school had the money to offer scholarships and attract the best players. I got to play hockey six times a week.

If you have been watching the Commonwealth Games you may have seen Old Rossallian Jacob Draper (Pe 2014-16) playing hockey for Wales.

Jacob will take to the pitch again on Sunday at 6.00pm against New Zealand to place 5th or 6th pic.twitter.com/7HrxGmrigf

“My brothers at home were only allowed to play football and rugby.

“It’s harder to go from where I was, without going via the English system, there’s no doubt about that.

“It’s something that the governing body needs to sort out, because hockey is missing out on a shed-load of potentially very talented hockey players who are maybe not good enough to play professional football or rugby.

“But they are very good athletes and could make it in another sport.

“I still think there was a good chance if I’d stayed at state schools in Wales, I could have been a professional athlete, but probably not hockey. But football was high-pressured and I needed an escape.”

Last month the escape of hockey was on the playing fields at Birmingham at the Games and the chance for Draper to pull on the red shirt for Wales.

It was opportunity the 24-year-old relished and he is backing that up by ensuring Wales are rwo win from two games in their quest for Euro Hockey qualification.

Wales’ final match is against Gibraltar on Saturday, with the group winners qualifying automatically for Germany.

Draper admits the buzz of excitement is different to playing for Team GB.

“For me, personally, playing for Wales feels a lot different.

“I’m a very proud Welshman. I was born and bred and raised there.

Rupert Shipperley with the skills, but his brave effort hits the side netting. 😮

“It was obviously an unbelievable honour for me to go to the Olympics. It was my long-term goal and it probably came to me sooner than I expected.

“But singing the Welsh anthem is different. It gives me shivers and every time I hear it, I’m ready to go to war.”