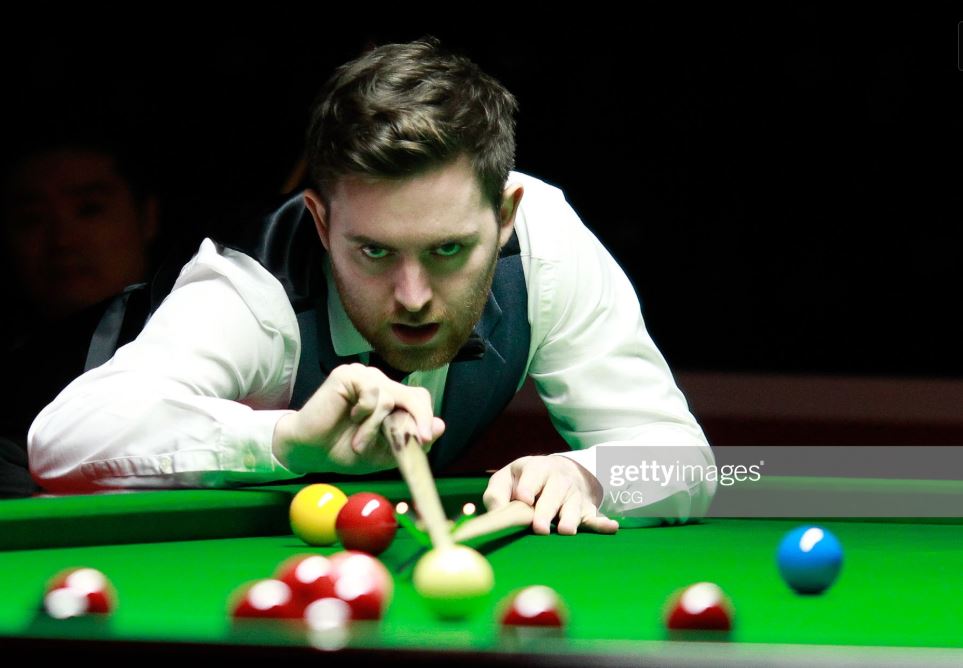 Jak Jones failed to make it past round two in Belfast. Pic: Getty Images.

No fewer than a dozen Welsh warriors are crossing the border into enemy territory this week, all aiming to bring back the spoils from the 19.com English Open.

Leading the charge – as you may expect – is the evergreen Mark Williams, fresh from losing an enthralling China Open final last month to a resurgent Shaun Murphy.

But right on his shoulder is perhaps the more surprising sight of 26-year-old Jak Jones.

By his own admission, Jones has hardly set the snooker world alight since turning professional almost a decade ago.

Undoubted potential has only occasionally been backed up by results, inconsistency which has seen him drop off the main tour four times since 2010.

But this season, something has clicked.

After just three events, the Cwmbrân cue master has already risen to a career-high 71 on the world rankings – reaching the heady heights of 20th on the one-year list.

En route to the last 16 of both the Riga Masters and International Open, Jones claimed the notable scalps of Williams, Ali Carter and Robert Milkins.

And he heads to a tournament this week where the omens are encouraging.

Jones’ best-ever run in a professional event came at this event in 2016 when he reached the fourth round, thanks to wins over Elliot Slessor and Ding Junhui.

He opened his account three years ago by whitewashing Brandon Sergeant 4-0 in the first round – a player he faces at the same stage on Tuesday.

Four Welsh players are in action a day earlier when the tournament gets underway in Crawley – and all face Chinese opponents.

The 25-year-old from Llanelli only joined the full-time ranks last year, but has already risen to 84th in the rankings.

With his place in the World Open in Yushan later this month already assured, Ebbw Vale teenager Jackson Page will be relishing the chance of toppling world number 11 Jack Lisowski, while Cardiff’s Kishan Hirani faces an even bigger challenge against multiple major winner Neil Robertson.

That is, of course, if the Aussie can find his way to Crawley.

The ‘Thunder from Down Under’ had to forfeit his qualifying match for the World Open two weeks ago, after travelling to the wrong end of the country.

Instead of heading to Barnsley in South Yorkshire, Robertson’s sat nav took him to a sleepy Gloucestershire village of the same name more than 200 miles away, ending his chance of regaining a title he has won three times.

In-form Daniel Wells heads to the K2 Arena having enjoyed his best-ever start to a season.

The 26-year-old from Neath has climbed to 57 in the world – 28th on the one-year list – after reaching the last 32 in both Latvia and China. He faces world number 72 Sam Baird.

Lee Walker tackles yet another Chinese player in the shape of Chen Zifan, with two-time ranking event winner Ryan Day up against Israel’s Eden Sharav.