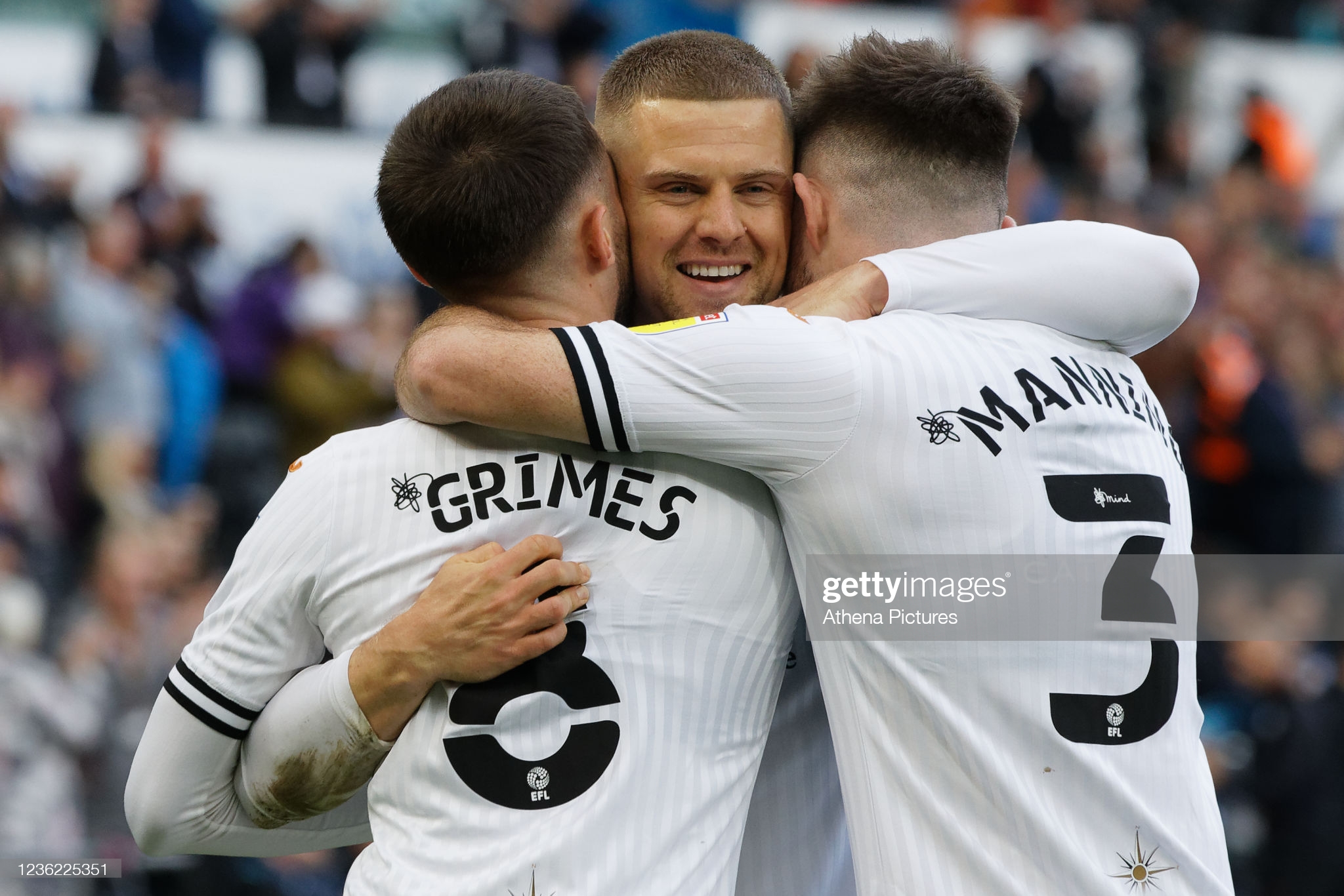 Jake Bidewell insists Swansea City will go from strength to strength after finally getting to grips with Russell Martin’s style of play.

The Swans eased to a 3-0 home win over Peterborough on Saturday with goals from Bidewell, Joel Piroe, and Olivier Ntcham.

They now travel to fourth-placed Coventry City on Tuesday night, looking to make further inroads into the narrow four-point gap between themselves and the play-offs.

Martin was appointed as head coach at the 11th hour and on the eve of the season after Steve Cooper left the club, but Bidwell insists the club are on the up., now they have integrated his demand for a flowing, possession-based style.

Bidwell said: “We didn’t get pre-season with the manager. Pre-season was going on for us as the games were going.

“I think every manager you work under has got different styles and different ideas. It’s up to us as players to take that on and carry it out to the best of our ability.

“I’m just trying to do what the manager is asking of me and help the team in the system. I think you can see we are building from week to week, getting better and better, and the results are coming now.

“We’ll just keep doing that and see where that takes us.”

Martin’s side have now kept eight clean sheets in the Championship this term, a tally that only leaders Bournemouth can better.

Their home defensive record is even more impressive, with Swansea conceding just four goals, the best such figure in the division.

Republic of Ireland defender Ryan Manning says: “Clean sheets are the foundation of winning games. If you keep the ball out of your net and you score once, you’ll be flying.

“The clean sheets matter now more than ever, the more we can keep, the further up the table we’ll go and continue to build.

“It’s probably been the ideal Saturday for us, but we’ve got a tough week coming up now so we need to make sure we build on this.

Eight months after tearing his ACL on loan with Swansea City, Jordan Morris is set to return to the pitch with the Sounders. He’s beyond ready to put a positive finish on what he says has been a challenging year. https://t.co/i5DuNH2gg0

“Hopefully, going into the international break, we’ll have a good week of three games. It’s tough playing a game every two days but it’s all about building for Tuesday night now.

“Our home form has been really good, that allows us to build a foundation that we can build on away from home.

“Last week, tiredness probably killed us a little bit at the end of the game at Birmingham, there were sloppy goals which cost us.

“We’ve put that to bed now this week with a good performance here. If we can play like that again on Tuesday, we’ll definitely be in good contention for an away win.”