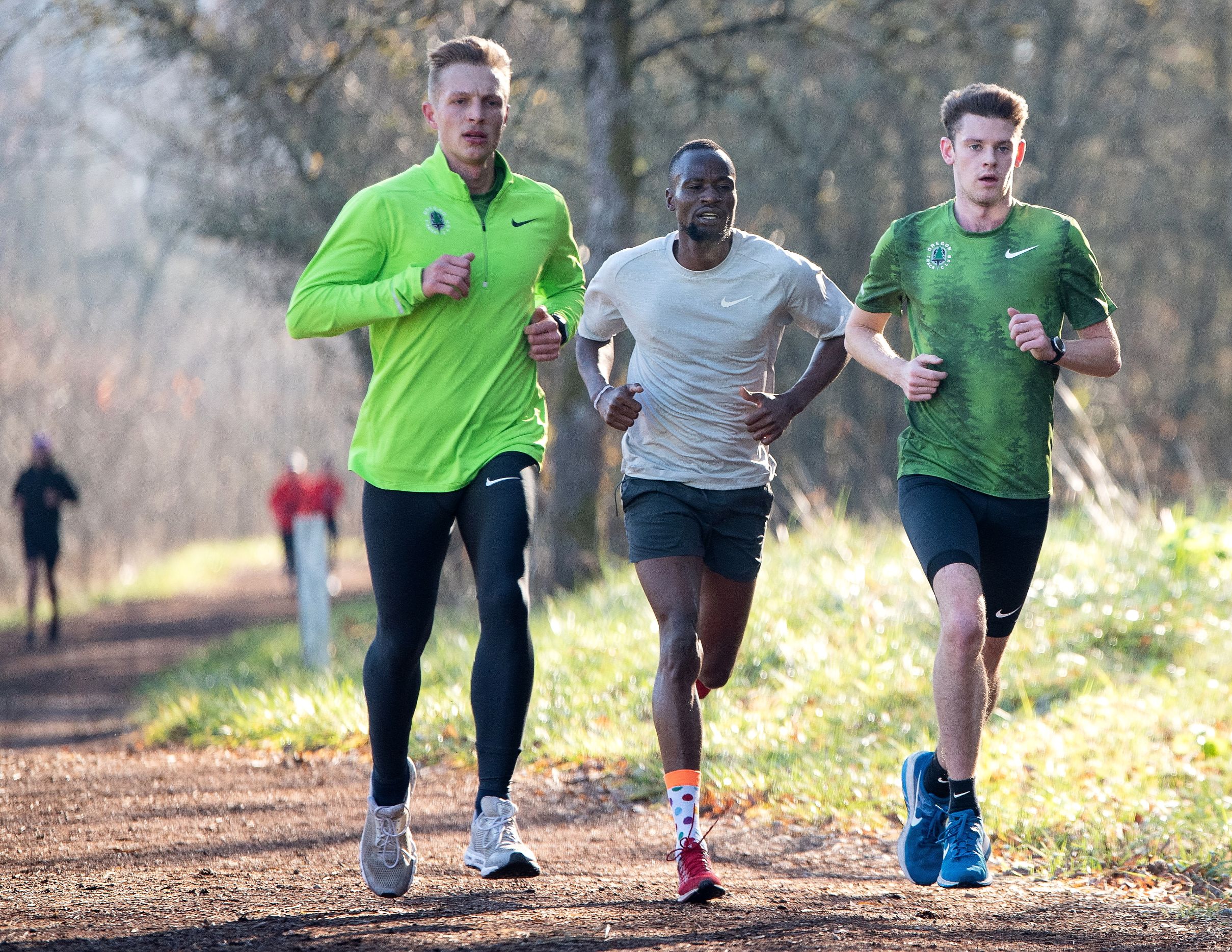 One of Wales’ brightest young sports stars has moved to the United States in a bid to boost his ambition of reaching next year’s Tokyo Olympics.

Heyward, who enjoyed a stellar junior career under coach Paul Darney and latterly James Thie’s hugely successful Cardiff-based training group, felt the time was right to head across the pond.

The seeds of the move were sown when Heyward was in America last spring for the Payton Jordan Invitational at Stanford.

The 20-year-old was unable to run due to an inflamed Achilles tendon, so he took advantage of an opportunity to speak to OTC Elite coach Rowland.

Heyward, who had been considering a move, was advised about Rowland’s expertise by Thie, a former Wales and Great Britain athlete under Rowland.

Within minutes of meeting the OTC Elite coach, Heyward knew he had potentially found the right fit.

In an article published on the OTC Elite website, Heyward said: “At Stanford, I knew I was looking for something different.

“It’s a big move from the UK to Oregon, and I wanted to get to know (Mark) better . . . we watched a race together, and one of the things that really stood out to me was when he said something about one of the athletes running, his technique, and what time he thought he would run. Six laps later, it was that exact time. This guy knows his stuff.”

The British bronze medallist at the 1988 Seoul Olympics certainly does know his stuff. A highly successful coach of athletes ranging from the 800 meters to the marathon, he’s also known for making sure his charges get to the starting line in good health.

This was a key factor in Heyward’s decision to join OTC Elite as he bids to make the transition from an acclaimed junior athlete to the professional ranks heading into an Olympic year.

The Welsh Athletics junior endurance athlete of the year missed a large chunk of last season after having to take a two-and-a-half month break from running due to Achilles tendinopathy.

Heyward said: “Mark has coached a massive range of people who have gone on to big things.

“I think he’s well-suited for me. At the moment, I’m not the most robust athlete. I’ve got a lot of work to do before I can get to the training that I want to do. I believe Mark is clever enough to get me there.”

Heyward is proceeding with caution as he prepares for the upcoming season. There will likely be few, if any, indoor meets, and he is looking forward to training at altitude in Flagstaff, Arizona, this spring.

The most important date on his schedule is this June’s British Athletics Championships in Manchester which serves as the official British trials for the Tokyo Olympics.

“There’s no point taking risks or rushing things this time of year,” Heyward said. “The goal is to get to the starting line at the British trials healthy. That’s the only race that matters to me.”

After winning the junior endurance athlete of the year title in Cardiff last October, Heyward told Daisport: “Ultimately this season the target is to make the Olympic Games. I know it’s not an easy feat, but I look at the other British guys this year and it gives me confidence.

“If you can make the British team, there is no reason why you can’t make the top five at the Olympics. Look at Jake Wightman, Josh Kerr and Neil Gourley all making the final (at the World Championships).

Welcome @jakeheyward7 to the team!

“You need that competition there to really elevate your performance. If I wake up in the morning knowing that I can get away with running 3:39 at a championship, would it be the same as having to run 3:31? Probably not. So that’s really important as a Briton if you want to get to the next level that’s what you need.

“Neil Gourley is at the Oregon Track Club and he won the British Champs this year, so I’m in a good environment.”

So far, it has been a seamless transition from Cardiff to Oregon for Heyward.

Now settled in America, he said Eugene has more than “lived up to the hype” as a community that cares about running, and he couldn’t be happier with his OTC Elite teammates and support staff.

“I’ve never seen so many people out running,” he said. “In terms of training, I always like to elevate my game. It’s good to have people push you in workouts and make it fun at the same time.”

Heyward feels training in such an environment with high quality athletes can only be beneficial.

“If I really want to get to the next level I want to be training every day with world class athletes,” says Heyward. “Nijel Amos is top class and there are other guys in the group who are really, really good athletes. The amount of Olympic medallists they’ve had from that group is phenomenal.”

The Norwegian went on win the 1500m and 5,000m double at the senior 2018 European Championships last year in Berlin and competed at last year’s World Championships in Doha.

Heyward says Ingebrigsten’s subsequent success is a source of inspiration for his own future.

Most 20-year-old British runners who come to the US are running for an NCAA team. Then again, most didn’t run 3:36 at age 19.

“It just gives me the confidence to know that I can be up there, that I do deserve to be up there, I am good enough and with hard work and as long as I stay healthy there is no reason why I can’t do what Jakob has done.”

Some of Heyward’s career highlights so far: