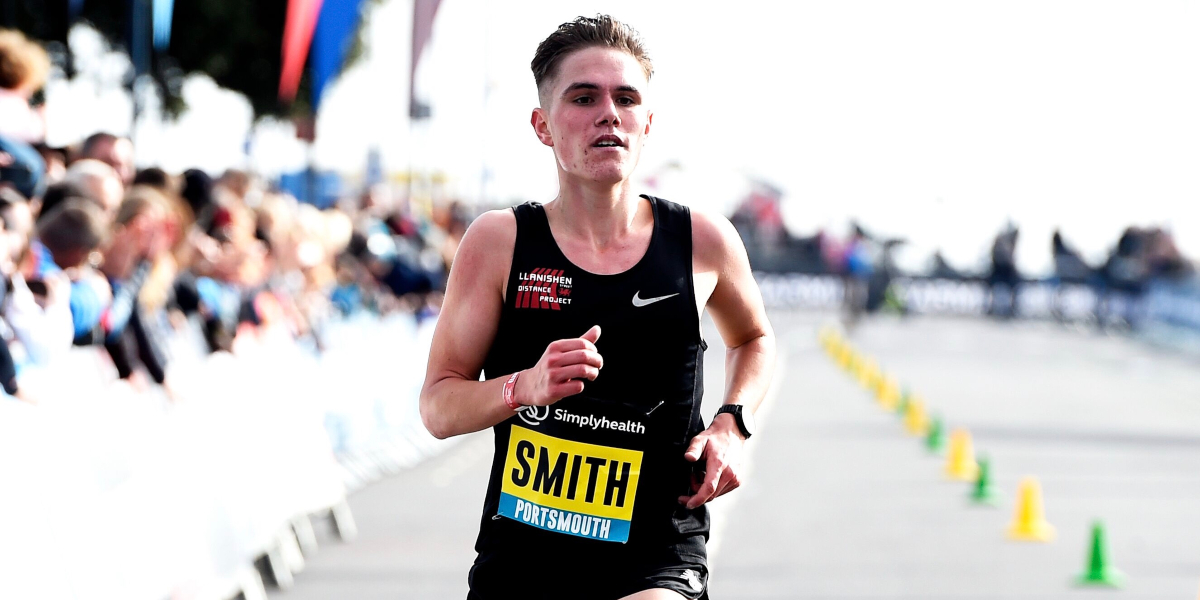 Smith, who was supposed to pace as far as the 25k mark, decided to keep on running to the finishing line to win on what turned out to be his full marathon debut.

Had Smith achieved Sunday’s time at last month’s Olympic Marathon Trials in London’s Kew Gardens, where he also acted as a pacer, he would be on the plane to Tokyo as part of Great Britain’s Olympic team.

Fellow Cardiff athlete Matt Clowes, who was also taking part on Sunday, Tweeted after the race: “He was laughing and joking around when he went past me at 20ish miles. Like he was out for a jog. Cracking run you legend.”

The win was achieved without the usual marathon preparation or fuel, with Smith taking on just one gel during the race.

Had Smith kept his Welsh qualification, Sunday’s time would have been the fourth fastest marathon time ever run by a Welshman.

The performance underlines Smith’s remarkable range as it was achieved just four days after running a 1500m PB of 3:50.89 in Cardiff on a night when he also paced a 5,000m race.

Smith, who is a member of the Llanishen Street Distance Project set up with fellow Cardiff students, burst onto the international scene last October when he clocked 60:31 at the World Half Marathon Championships in Poland.