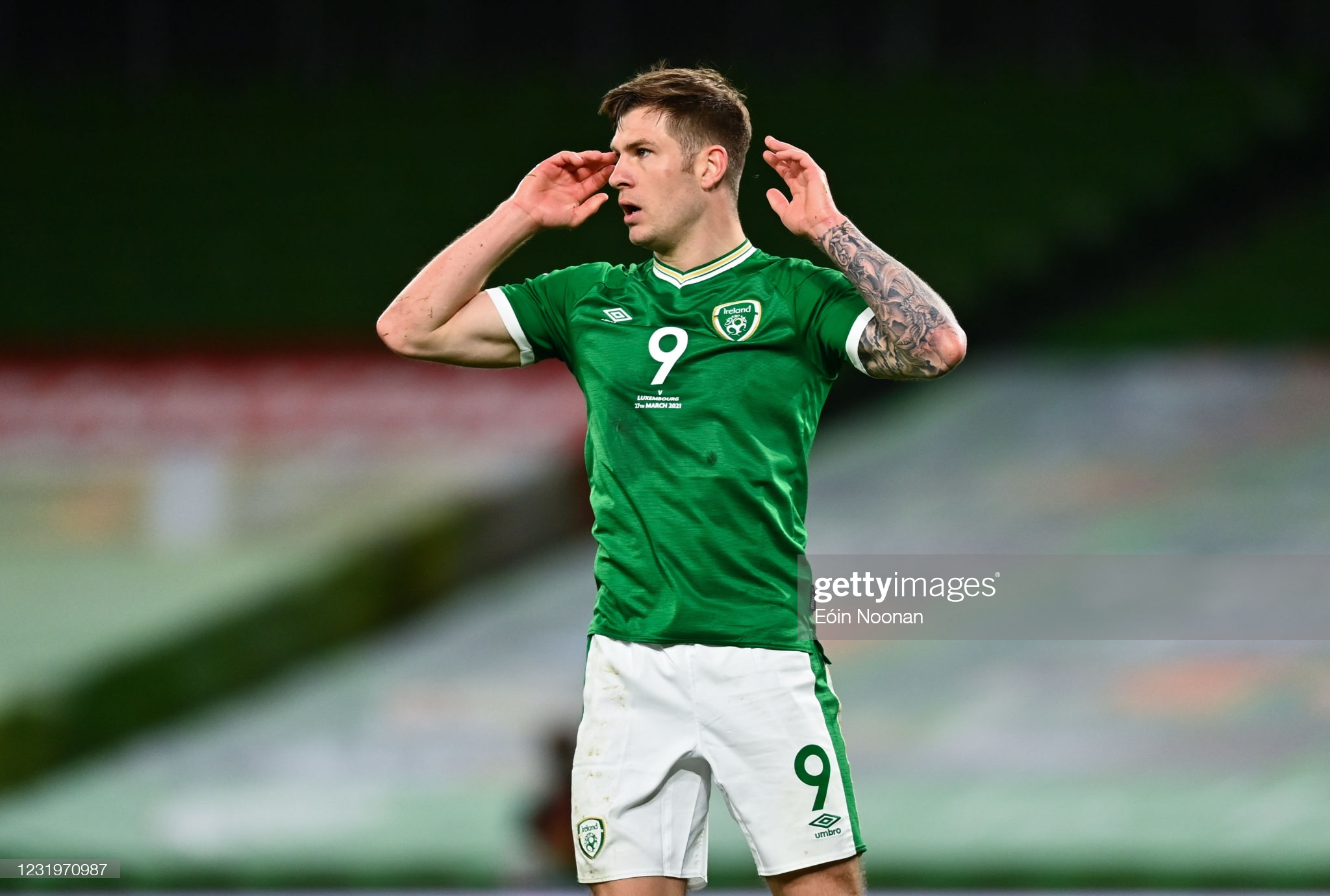 James Collins has vowed to deliver hard work and goals after the Republic of Ireland striker linked up with his former international manager Mick McCarthy at Cardiff City for next season.

The 30-year-old forward has made the switch from fellow Championship side Luton Town on a free transfer and has signed a two-year deal with the Bluebirds.

It’s a move that some Cardiff fans will view at face value as the acquiring of a back-up to main striker Kieffer Moore – but others will consider with alarm as the prelude to the sale of the Wales striker later this summer.

McCarthy spoke about the club’s reliance on Moore towards the end of the season but also admitted the striker bound for the Euros after a 23-goal season would also be a target for other clubs.

The move ends a four-year spell at Luton for Coventry-born Collins that yielded 72 goals in just over 180 appearances and he told Cardiff City TV: “I’m absolutely delighted.

“To be here today to sign for this great club is a real honour and I can’t wait to get going.

“I’m an honest player and I’ll always work hard for the team. I like to link up play and I like to think my main attribute is scoring goals. That’s what I love doing and hopefully I can score lots of them here.”

McCarthy, who has been in charge at Cardiff since January, cited the striker’s goals record as the key factor in recruiting him.

“It’s a really good signing for us,” he said.

“He’s been on an upward trajectory all his career, going from the lower leagues to the Championship and he’s kept scoring goals.

“I like when they’ve come up the hard way, coming through the school of hard knocks to keep progressing and getting to a higher standard.

“He’s ended up an international footballer through all of that and that’s due to his hard work, diligence and ability to score goals.

“He’s got a great scoring record. He’s durable, he’s tough and he’ll be one of us. I’m delighted to have him.”

Collins – who was of reported interest to both Middlesbrough and Bristol City – was involved in Ireland’s start to the 2022 FIFA World Cup qualifying campaign in March, scoring in the 3-2 defeat to Serbia in Belgrade, his second international goal.

He was a trainee as Aston Villa before moves to Burton, Shrewsbury, Swindon, Hibernian, Northampton and Crawley.

He then joined Luton in 2017 and scored 68 league goals over four seasons.

Collins told Luton Town’s official website, “I’m proud to have been a part of so many great moments in the club’s recent history and it has been a tough decision over the last few weeks, but I feel I am ready for a new challenge.

“Luton Town will always have a place in my heart though because it’s been the best time of my career here, and I wish the club all the success in the future.

“To all the fans, I can’t thank you enough for accepting me from day one and backing me all the way, I will never forget that.

“I hope that I have repaid you with my performances and goals over the years, and I always tried to give 100%.”