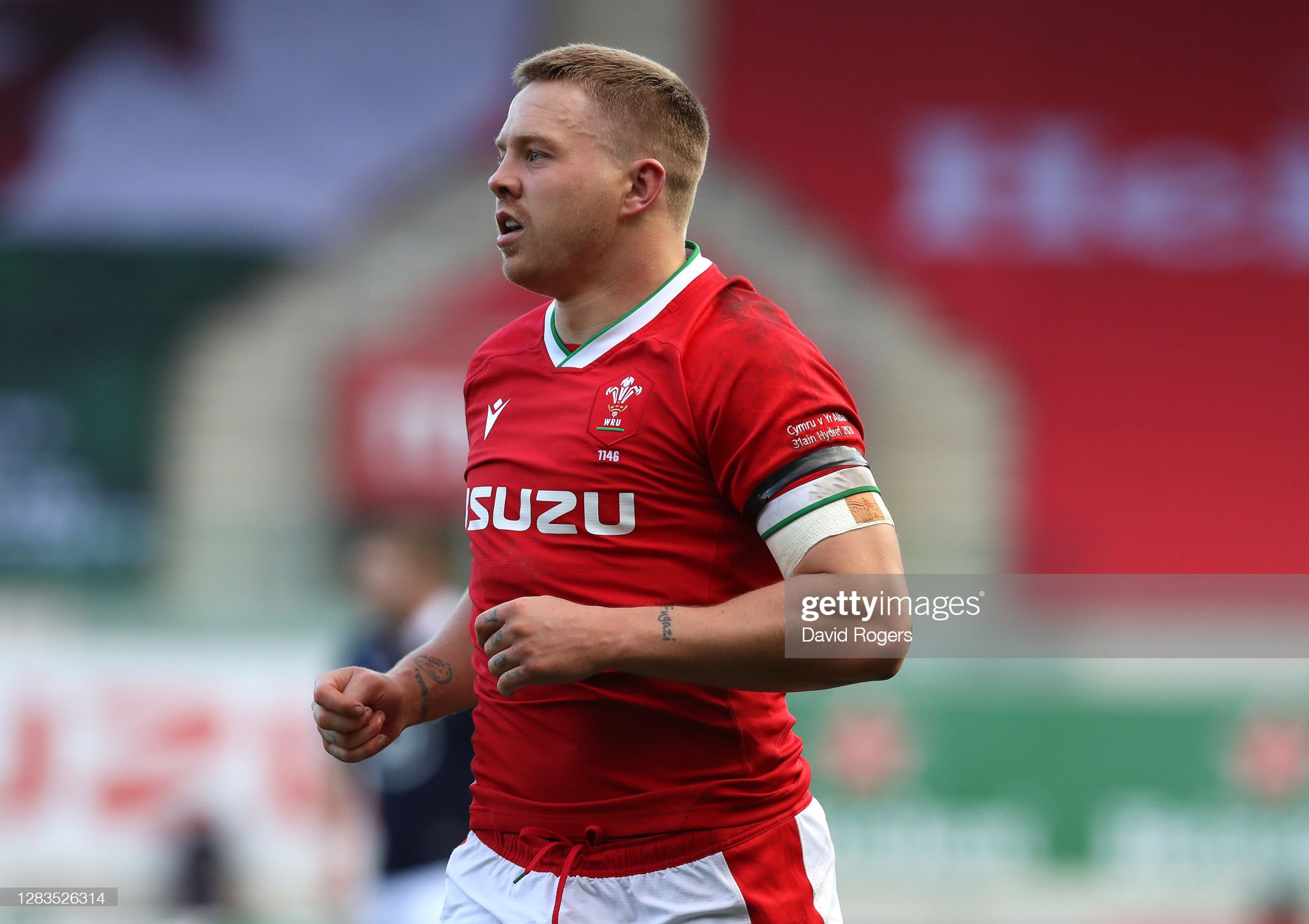 Scarlets and Wales flanker James Davies has announced he is retiring from rugby with immediate effect due to concussion.

The player popularly known as ‘Cubby’ hasn’t played since winning his 11th Wales cap against Georgia at Parc y Scarlets in October 2020.

Davies, 31, has revealed he has struggled with the effects of concussion for the past 17 months and that he has been advised to stop playing for the sake of his health.

His decision comes at a time of ongoing legal action being undertaken by a group of former players against the rugby authorities over problems related to concussion injuries.

“I’ve enjoyed every minute of my career here at the Scarlets and made some amazing friends along the way, but after speaking to specialists it’s pretty clear I can’t go on playing rugby,” said Davies.

“At the moment, thankfully, I am able to lead a normal life, something I wasn’t able to do for a long time after the knock I had.

“Any bang to the head in training or in a game and I could go back to the start of all this, which is unthinkable for me.

A desperate shame for James Davies’ career to come to an end like this but, as so many are pointing out, his long-term health has to come first.

Congratulations on a terrific career @cubbyboi and all the very best in your next adventure. https://t.co/yidqcgWtvg

“It has been a tough couple of years, but the support I have had from my family, friends, team-mates, coaches and the club has been incredible and I am hugely grateful for that.”

Davies made his Scarlets debut in an LV=Cup game against the Dragons in 2013. He has since made 101 appearances in a Scarlets jersey, establishing himself as one of the leading opensides in the then PRO12 and PRO14.

A tenacious jackaling presence at the breakdown, he also possessed handling skills honed on the World Series sevens circuit.

He delivered a superb try-scoring display in the Scarlets PRO12 title-winning triumph over Munster in Dublin in 2017 and a week earlier in the same city, picked up one of numerous man-of-the-match awards after slotting in on the wing – following the sending-off of Steff Evans – to help the Scarlets become the first side to win an away semi-final in the competition.

“I have some amazing memories in a Scarlets shirt, obviously those two weekends in Dublin, La Rochelle at home, when I also had to play on the wing! Toulon at home in Europe, Bath away, beating Munster at Thomond Park that year, they all stand out.

“But I will remember the boys and the stuff off the field just as much. There are team-mates, some who have come and gone from the Scarlets, who I consider lifelong friends. I will miss all that banter, although I’m not sure the boys will!

“I’d like to also thank the fans for all their support throughout my time; hearing them chant my name motivated me every day to get myself back on that pitch to play.”

Davies won his first Wales cap against Italy in 2018 and delivered successive man-of-the-match performances on the tour of Argentina that year.

“At the moment, thankfully, I am able to lead a normal life, something I wasn’t able to do for a long time after the knock I had”

He went on to be selected in Wales’ World Cup squad for Japan in 2019, named in the same squad as his older brother Jonathan.

A former Wales Sevens captain, the Bancyfelin product featured at the Commonwealth Games and was part of the Team GB squad that won silver at the Rio Olympics in 2016.

Scarlets head coach Dwayne Peel said: “Cubby has been a great Scarlet, a phenomenal player who gave everything for the shirt and a huge character around the group.

“Even when not playing, he has been enthusiastic and fantastic around the squad. He loves the club and loves everything about the place and just wants to help the side improve in whatever way he can.

“We have all seen how hard he has worked to try and get back on the field. It has been tough for him because you know how much he has missed playing, but a person’s health always has to come first.

“I’m sure Cub will continue to have a big impact on rugby, the game needs his knowledge and foresight. We all wish him well with what comes next.”

Scarlets general manager Jon Daniels said: “Everyone knows Cubby for his outstanding performances in a Scarlets shirt and for his uniquely mischievous character. He hasn’t always conformed but he has always been true to himself which is something to be greatly admired.

“However, not everyone will know what a top bloke and good human being he is and those qualities will stand him in good stead for the next chapter in his professional life.

“He is also one of the most determined people I have ever met. I have no doubt he will be as successful in future as he has been to date and I wish him the very best.”