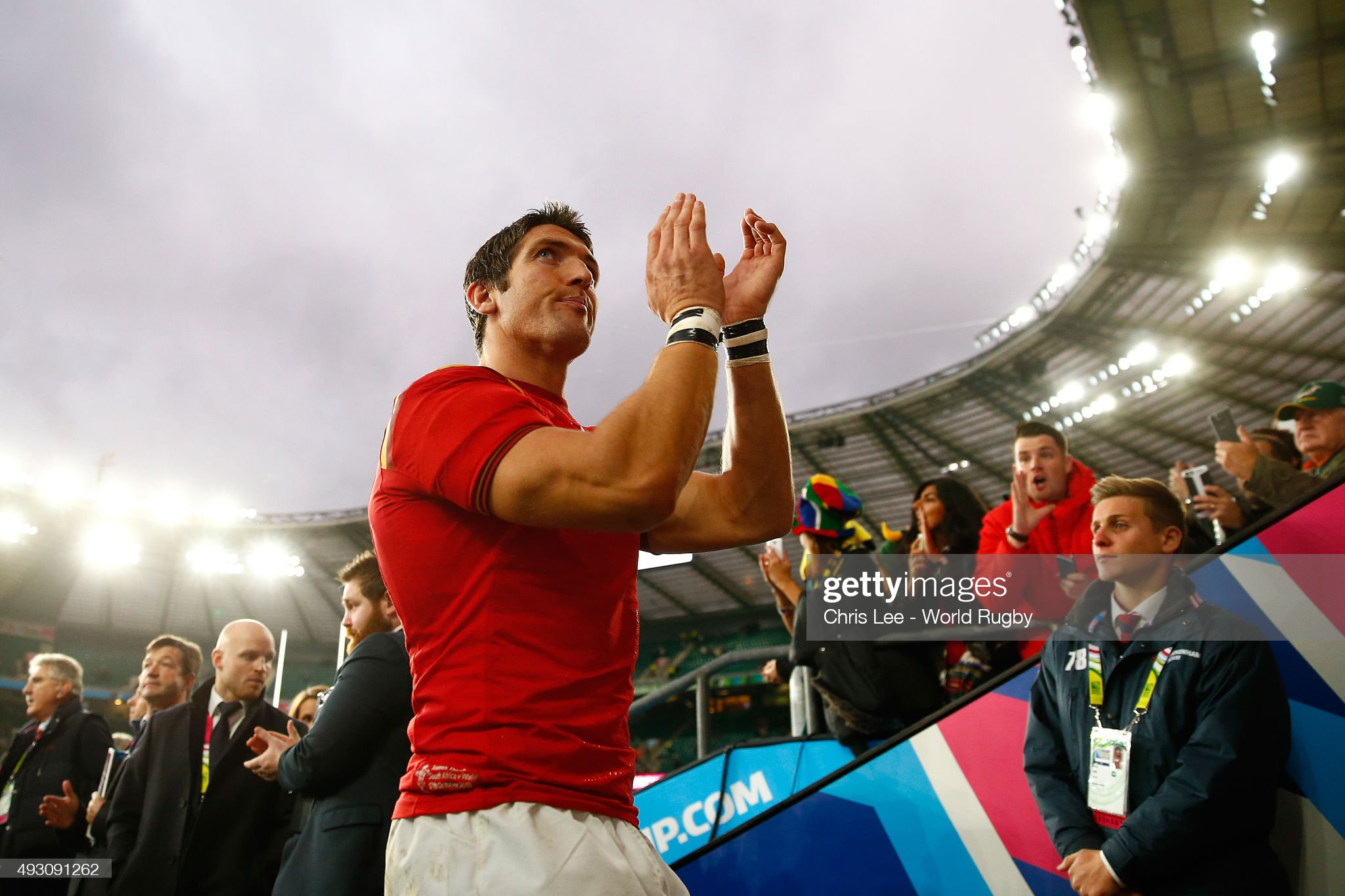 James Hook, has done almost everything in rugby – Grand Slam winner, Lions tourist, member of the Ospreys Galacticos. Now, though, he has taken his rugby know-how in a new direction as a children’s author. After a false start brought on by the lockdown earlier this year, the book – Chasing A Rugby Dream – is launched on October 1 as he tells Graham Thomas.

Like most good ideas, James Hook’s decision to become a children’s author was born out of personal experience.

The former Wales star – who retired this summer after 16 seasons as a professional and 81 caps for his country – was in his final year at Gloucester in 2017, when he took his son Harrison, then a rugby-mad seven-year-old, to a school book fair.

“He wanted to find a story book about rugby,” says Hook. “I thought we would go in, pick up a rugby book, and that would be that.

“But there was nothing in terms of stories. There were a couple of rugby World Cup fact books, and a few stories involving football, but nothing at all on rugby.

“I told him we’d look online, but there was absolutely nothing online, either. Time went on and I re-joined the Ospreys, when Harrison brought it up again that he wished he could read a rugby story.

“So, I thought, ‘Okay. If there’s nothing out there, I’ll try and put something together myself.”

The result is Kick-Off, the first book in a series called Chasing A Rugby Dream, which features a 10-year-old boy called Jimmy and his three mates. Published by Polaris, the book is out today, October 1.

Jimmy is asthmatic and short-sighted, not unlike Hook himself was as a youngster, before he went on to wear contact lenses in every game he played for Wales, the Ospreys, Gloucester Perpignan and Neath.

The story is part autobiographical – memories mined from Hook’s days growing up on Bay View, between Cwmafan and Port Talbot – and part contemporary insight from Harrison, who plays for Mumbles RFC juniors, a club that happens to get coaching input from Hook Senior.

It’s an engaging and uplifting read, written in partnership with author David Brayley, the two co-contributors having been put in contact with each other by mutual friend Mal Pope, the musician and BBC presenter.

The story starts with our hero Jimmy getting an earful from his mother as he practices his kicking too near to the kitchen window, which he has already smashed twice.

“It’s a fictional story but a lot of things that happen to 10-year-old Jimmy are in my own life story,” says Hook, now 35 and recently appointed as kicking and skills coach at his former region, the Ospreys.

“We didn’t have a very big back garden and so my brother, Michael, who was two years older than me, taught me how to try and punt the ball as high and as hard as we could.

“There were a few smashed windows in our house and my grandparents’ house, which was just behind ours, suffered, too, because my grandad lost a few panes of glass from his greenhouse.”

Life is not all medals, cups and sweet-smelling roses for Jimmy and his story is one of learning to deal with setbacks and the resilience that builds.

Luckily, Jimmy has enough people in his life to steer him along the right path – just as a young, short-sighted, spikey-haired James did 25 years ago.

“My grandparents were always massively supportive of me. They used to drive me to pitches all across Wales and stand there in all kinds of weather. They were there for me, whatever happened.

“Jimmy has a grandfather who helps him and there is also another figure in the book who I think everyone in Wales can relate to – the sort of local legend figure who gives you some encouragement and helps smooth the way.

“There are some people in Jimmy’s life that he doesn’t see eye-to-eye with, so it’s helpful that he has other people who put an arm around him and show him the way.”

One of those guiding hands for Hook at a young age was Matthew McCarthy, the ever-youthful looking outside-half for Neath and Aberavon who was also a school teacher.

McCarthy took a young Hook out onto the field to hone his kicking skills and offer some sage advice.

“Little things like that make a huge difference,” says Hook.

“I was a ball boy for Aberavon, so watching Matthew play at the ground for the club, knowing that he had given me a few tips, just meant so much to me as a young kid.

“Everyone needs a role model, but young kids also need people close at hand, too, who can just be there when they need it.”

Jimmy has three best friends – Kitty, a girl who possesses extraordinary speed and plays for an otherwise all-boys rugby team, Matt, who is ultracompetitive, and Manu, the joker who is a destructive tackler.

The trio, in some ways, are reflected in Hook’s own life as along with Harrison, he has two other sons – Ollie, who is five, and three-year-old George.

The odds one of his three sons ending up in the Ospreys academy must good, and if they do, then they will be following in the footsteps of the Kick Off hero Jimmy, who enters the academy of the “Eagles” but not without one or two obstacles along the way.

Very excited to receive my signed copy of the new James Hook David Brayley book Chasing the dream @hookjameshook @davidbrayley can’t wait to see where the story leads you both next pic.twitter.com/okECyPkrhT

“Young kids looking at international rugby players probably think they were destined for it from the very beginning,” says Hook.

“But that’s not the case. What they don’t perhaps realise is that those big star international rugby players were once just the same as everyone else when they were kids.

“They had problems to overcome, it meant hard work, and sticking with it. There is never a straight road to the top.

“As soon as youngsters are aware there will be ups and down in life, then they will be more able to cope when the difficulties that come along. Sometimes things will go for you and sometimes they won’t, but that shouldn’t prevent the enjoyment you get from playing.

“Yes, you need a bit of luck. But you also need to stick with it and take the opportunities when they come along.

“I think Jimmy and the book give positive messages to people. We need those at the moment because some kids are not even able to play rugby at the moment with the lockdown measures.

“Hopefully, this book can play a part in keeping those kids interested because we want to keep as many still playing the sport as we can.”

Chasing A Rugby Dream, Book One: Kick Off

By JAMES HOOK with David Brayley