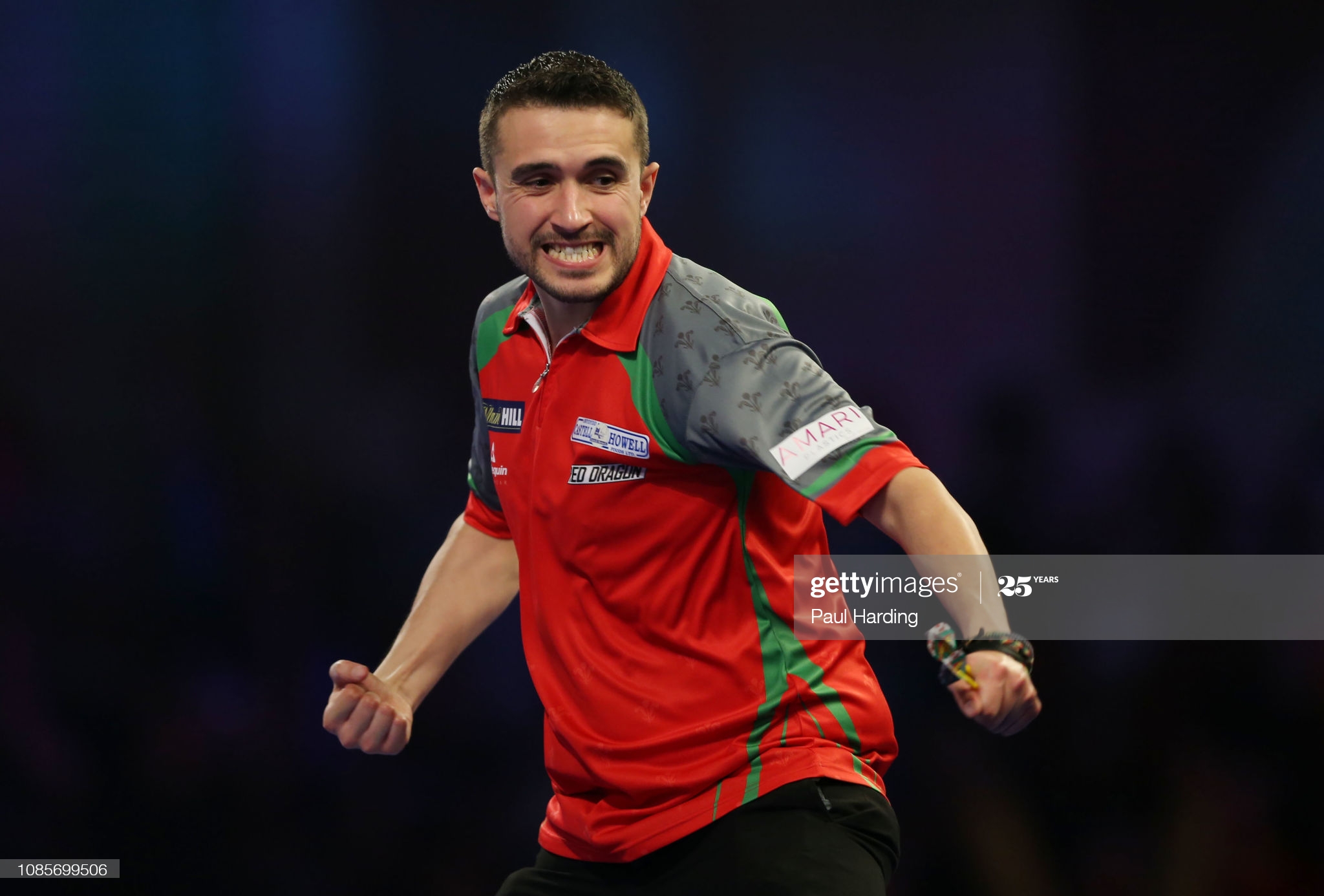 Jamie Lewis has chance to repeat his memorable run to World Darts Championships semi-finals in 2018 but will face Gerwyn Price test in second round. Pic: Paul Harding/Getty Images

Jamie Lewis can end a difficult year on a high after producing a superb display to qualify for the World Championships.

The Carmarthen darter took time out of the PDC Tour this year for personal reasons but has bagged one of the final six spots along with fellow Welshman Nick Kenny.

Now the 29-year-old has the chance to repeat his memorable run to the semi-finals three years ago when the championships get underway at London’s Alexandra Palace on December 13.

He also saw off David Pallett and Alan Tabern during the UK Qualifier as he claimed a huge win to kick-start a bid to save his Tour Card.

Newport darts Kenny will cap his first year on the PDC circuit with an Alexandra Palace bow.

The 27-year-old beat James Wilson 7-6 to secure his slot for London having earlier seen off Steve Brown and Ted Evetts.

The William Hill World Darts Championship will be held from December 15-January 3.