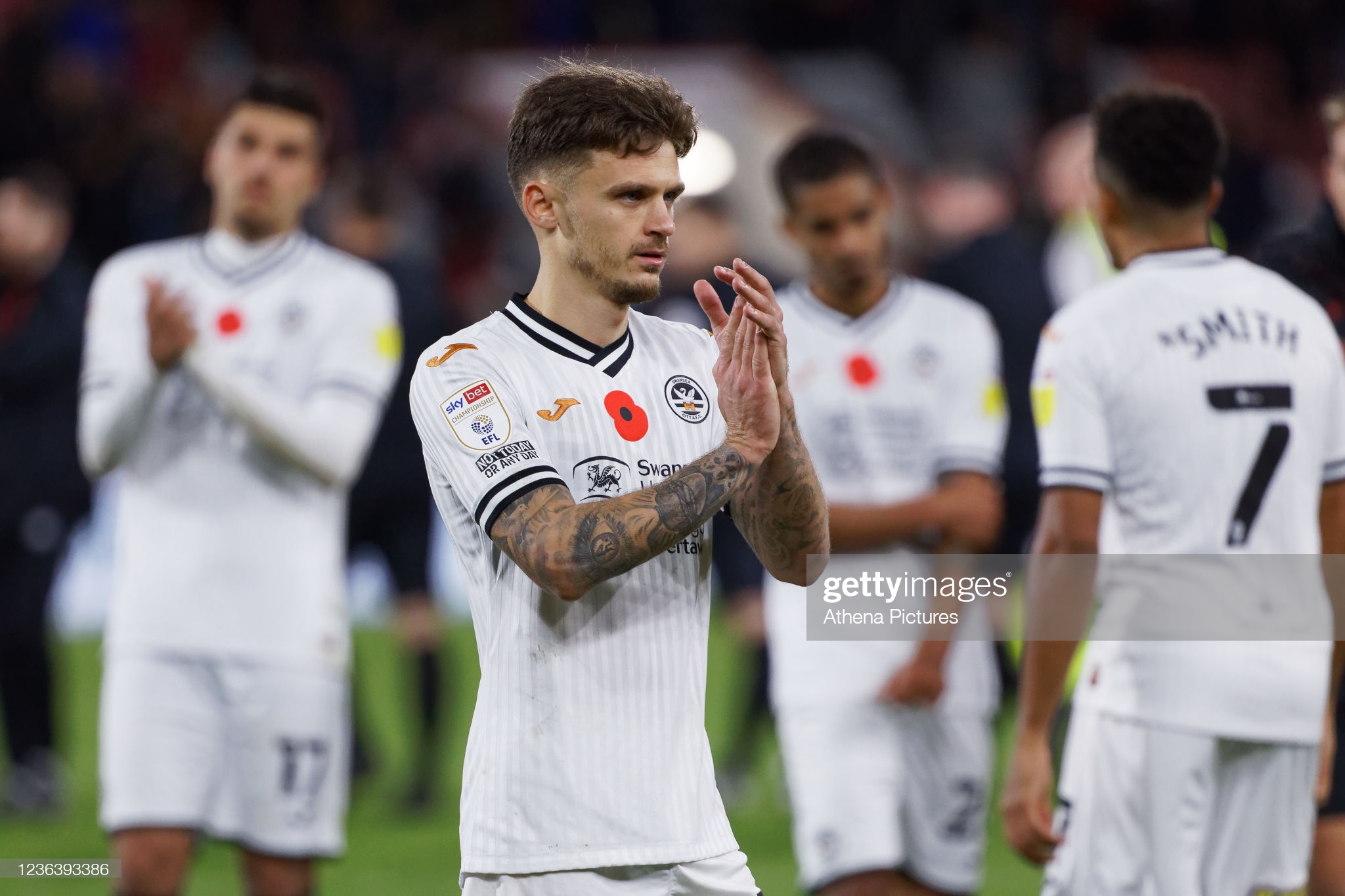 Jamie Paterson insists Swansea City can come back strongly from their Bournemouth battering with 13 days to come to lick their wounds.

The Swans midfielder believes his squad will use the international break wisely after suffering a 4-0 thrashing away to the Championship leaders at the weekend.

It was a sobering defeat for Russell Martin’s side who had won four out of their previous five games but then succumbed to their biggest defeat of the season.

“It was disappointing. We didn’t deserve to lose 4-0 – I thought we started it really well,” said Paterson, who is the Swans’ second top scorer with six goals this season.

“The errors we made – we can make them in other games and not get punished. But on Saturday they just seemed to put every chance away. But that’s going to happen in this division.

“This is a great opportunity to learn. When we lose, we always seem to come back. We’ve a good break now because three games in a week is always tough.

After netting a brace in AFC Bournemouth’s 4-0 win over Swansea City on Saturday, Dominic Solanke has now been directly involved in 4️⃣0️⃣ Championship goals since the start of last season.

“We’ve had some great results lately, some great performances and we’re not a group that will get down from one performance, that’s for sure. We’ll go over it next week. We’ll watch the game back and we’ll learn from it.”

Head coach Martin admitted poor defending had cost his team who were exposed for the first goal and then made errors to hand their opponents three easy opportunities in the second-half.

The result leaves the Swans back in 12th place in the table, 15 points behind the automatic promotion places, but only three from sixth place and the play-offs.

Martin’s side have a two-week gap before they host Blackpool on November 20, before games against Barnsley, Reading and Middlesbrough.

“We know we have a lot to work on, a lot to improve on, so I won’t get too angry or disappointed,” said Martin, who has been linked with the vacancy at his former club, Norwich City, following the sacking of Daniel Farke.

“But I am hurt for it to be 4-0 because I didn’t think the guys deserved that.

“I thought we started the game brilliantly, one of the best 25-minute periods since I have been here.

“We are disappointed we did not score when we were on top, we had some good situations we did not make the most of.

“At half-time it was about trying to weather the storm and having that energy in the first 15 minutes and we didn’t do that.

“They score with a moment of sloppiness from us, and the difference was they were really ruthless and clinical.”