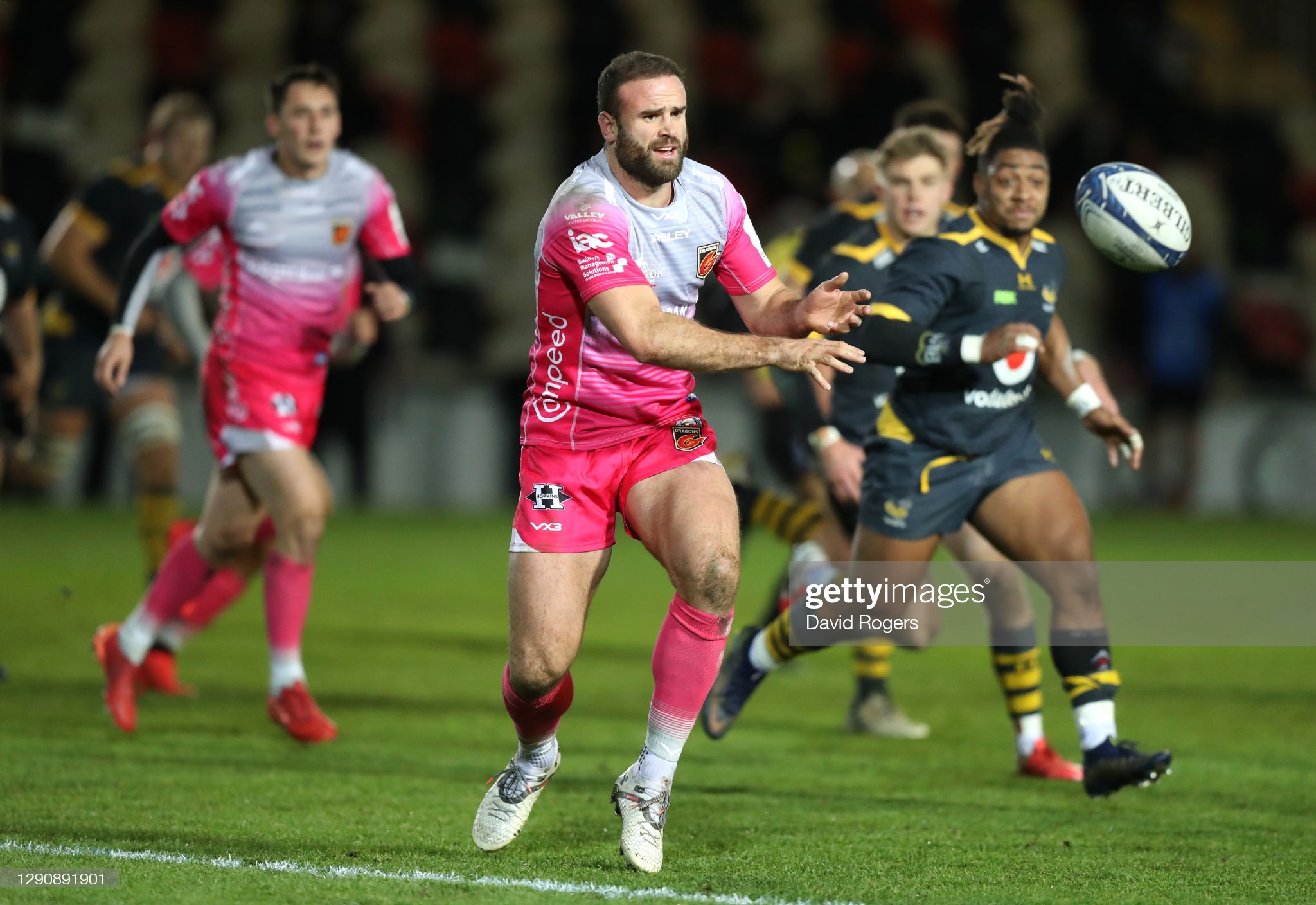 Jamie Roberts in action for the Dragons. Pic: Getty Images.

Jamie Roberts insists he’s a lover not a fighter, but he would love nothing more than to get one over his old Cardiff Blues mates when the Dragons host a Boxing Day dust-up with their rivals.

The giant centre, 34, made 87 appearances for the Blues between 2007 and 2013 winning the European Challenge Cup and the EDF Energy Cup in that time.

Since leaving Wales’ capital region, Roberts has played for Racing 92, Harlequins, Bath and the Stormers in South Africa, but is now back in Welsh rugby with the Dragons – and is ready to get back into seasonal derby action at Rodney Parade.

He has been in fine form for Dean Ryan’s men despite the impact of Covid-19 and is now looking forward to taking on his old employers and some former team mates.

“I love the derbies. They are always awesome,” said Roberts. “I think they are brilliant. It’s about bragging rights and going hammer and tong at each other for 80 minutes.

“I am not really a fighter on the pitch, but they are usually quite niggly, quite feisty affairs and the players want to scrap it out to the last minute to get the victory.

“I’ve got some wonderful memories of derbies down the years. I haven’t played in one for years so I am looking forward to playing in one again and it getting a bit niggly.

“I am really stoked to be playing against my former team. I think any player will tell you, when you play against your former side it’s a big game.

“You just have that little bit extra nervousness about you in the week and that usually brings out a strong performance. You always raise your game a bit.

“I was lucky to do it with Harlequins against Cardiff Blues a few years back at the The Stoop and it was good fun. I’m not sure I played with many of the Blues players we will be facing at the weekend.

“The strange part is most of my mates that are still there are coaching – Richie Rees, Robin Sowden-Taylor, Rhys Thomas. That makes me feel a bit old!

“It’s just such a shame we can’t have crowds there. For supporters, they are some of the best games of the year. I just hope they get to enjoy them from their sofas.”

One of the people watching from the sofa will be the Blues head coach John Mulvihill, who is isolating after coming into close contact with a Covid carrier. Although he tested negative, he won’t be able to be at the game this weekend.

He has been masterminding preparations from afar, but is happy that his team has prepared well over the past two weeks having had their European Challenge Cup game against Stade Francais Paris postponed.

“I watched the final training session on my computer and even in those terrible conditions they only dropped the ball twice in 40 minutes. I’ll be wired up to the coaching team during the game and will be watching on TV,” said Mulvihill.

“We’ve had the same group that was going to play against Stade Francais training together for a couple of weeks now. Not having that game probably did us a favour as it means we are fit and healthy.

“My first derby was at Rodney Parade in 2018 and we need to ensure we start well and put our foot down throughout the game. The form book goes out of the window at this time of year.”

New Welsh internationals Shane Lewis-Hughes and Jim Botham are both available, but Josh Navidi won’t feature in this round of derby matches. He hopes to return against either the Ospreys or Scarlets.

Another player close to making a welcome comeback is centre Willis Halaholo, while Ellis Jenkins could be back in action after more than two years out some time in January.