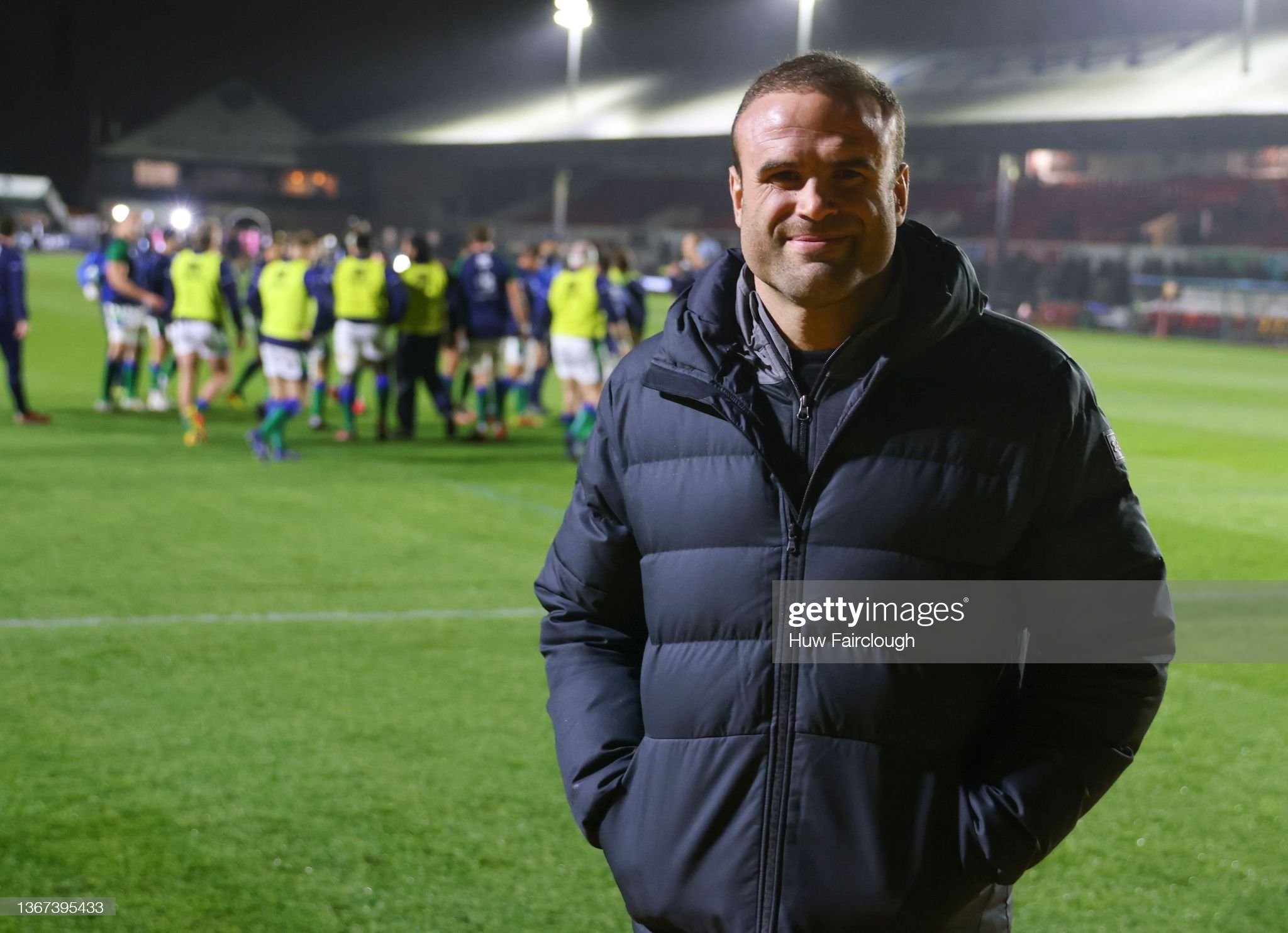 Jamie Roberts is to swap the life on the field for the commentary box. Pic: Getty Images.

Jamie Roberts plans to stay involved in rugby – but only as a broadcaster.

The former international star has finally called time on a career that saw him win 94 caps for Wales and in three Tests for the British & Irish Lions.

The now 35-year-old centre featured in the 2008 and 2012 Welsh Grand Slam seasons, was at the heart of the side that reached the semi-finals of the 2011 World Cup and also helped Wales to win the 2013 Six Nations title.

He was named as the player of the series for the Lions in South Africa in 2009 and overcame an injury to oust Brian O’Driscoll from the decisive third Test team in Australia in 2013, when he scored a try as the Lions won their first series in 16 years.

He helped Cardiff Blues to win the European Challenge Cup for the first time against Toulon in Marseille in 2010 and went on to play for teams all over the world – Harlequins, Bath, Dragons, Racing 92, the Stormers and the NSW Waratahs.

Having earned junior honours for Wales at U16, U18, U19 and U20 level he blossomed into one of the best centres in the world in his era and formed a record-breaking partnership for Wales with Jonathan Davies.

“There’s no doubt I’ll stay with the sport past retirement,” said Roberts, who is currently working for Sky Sports in South Africa, summarising on the Test series against Wales.

“Whilst I figure everything out, that’ll be predominantly in a broadcasting capacity.

“My experiences in the game have indeed taken me to immeasurable highs as well as desperate lows, eliciting every emotion possible along the way. Above all, the game has provided a sense of belonging, friendship and healthy competition.

“I’ll miss the changing room, the matchday buzz and the aches and pains. I guess most of all I’ll miss the lads.

“I’ve had the privilege of playing alongside and against many of the modern day greats; not just great players but great men. To all those I’ve been fortunate to share the field with, it was a pleasure.

“For a short while, we have the best job in the world. Never forget it.”

Roberts also had to balance life outside of rugby. He graduated in medicine from Cardiff University in the summer 2013, going on to add a first class honours intercalated degree in Sport and Exercise Science.

Then came a stint at Queens College, Cambridge University, where he embarked on a Masters of Philosophy in Medical Science, while also playing in the 2015 Varsity match against Oxford at Twickenham.

He undertook that MPhil on a two-year, part-time basis, continuing his studies after moving on from Cambridge.

“I value dearly the opportunity the sport has given me to travel the world and expand my horizons beyond Wales, whether through touring or moving club,” said Roberts.

“A sincere thanks to the staff at Cardiff University, UWIC (now Cardiff Met), Loughborough University and lastly Cambridge University, where achieving a Blue ranks among my proudest moments.

What a career.When I saw Jamie Roberts partner O’ Driscoll in South Africa in ‘09 I’ve never wished as much a player was Irish qualified before or since. They were absolute gold dust as a centre partnership. Best of luck in retirement @Jamiehuwroberts

“As I reach the end of my professional playing career, I’m retiring with an immense sense of gratitude for what the sport has provided me.”

“Having given everything in body and mind, the game of rugby has given me more than I could have ever dreamt of in return. Our wonderful sport has impacted my life far beyond the white lines of the playing field.

“I guess its values have defined my attitude and approach to life and certainly shaped who I am today. It’s difficult to know where to start when it comes to thanking those who’ve influenced and helped my career.

“There are too many to mention, but in time, I hope I get the opportunity to share a glass and thank you all individually.”

In his prime Roberts was widely considered one of the best centres in world rugby, and formed an iconic midfield partnership with Jonathan Davies.

“Representing my country was always a childhood dream, I’m fortunate it became reality,” said Roberts. “It meant the world to me and forever will.

“I got quite emotional writing my statement on the night, but I think it was an easy decision” 🥺

“I’ll also never forget the immense pride of captaining my country. Singing the anthem had the same impact whether at home in Cardiff, away at some of the most iconic stadiums in World rugby, or during two Rugby World Cups.

“I’ll remember fondly reaching the pinnacle of representative rugby and touring twice with the Lions. The joys and despair I experienced on both tours amounted to nothing short of experiences of a lifetime.

“The rugby experience with the Barbarians, culminating in victory against the All Blacks also ranks high amongst my favourite weeks in rugby. I finish with some incredible memories and a heart full.

“I’m proud to finish knowing I found my calling at number 12. That battle on the advantage line defined me on and off the field.

“It allowed me to experience several tight-knit club families, as well as enjoy a wonderful lifestyle in some of the worlds best cities outside of Wales; namely Paris, London, Bath, Cape Town and Sydney.

“The playing experiences at each club were unique in their own way and I’m delighted that each environment provided opportunity to learn, improve and challenge myself; from my first game for Cardiff until my last for the Waratahs 16 years later.”